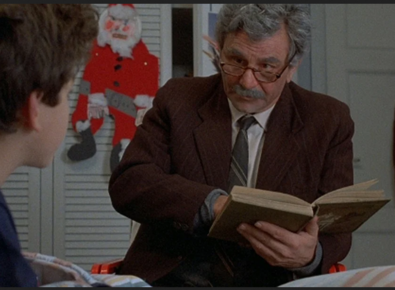 I was fishing for smelts the other day and scooped up an old bottle, with a rolled-up paper inside. It contained the following:

In older literature I think it was common to have a story told by a narrator who was never a part of the action. Someone who may or may not become a real entity in the story. Just an observer, who serves as an intermediary between the reader and the actual characters we are following.

For modern stories this is somewhat less common, but it still happens and it has an interesting effect of drawing us into the world of the story. 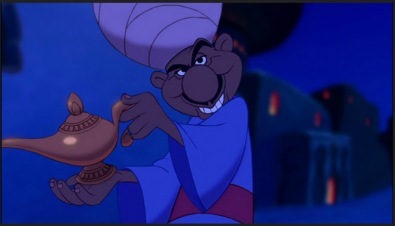 “It begins…on a dark night!”

The introduction to the animated Aladdin movie is set up by a narrator (played by Robin Williams), a merchant who sets up the story. Very effective. That merchant character may show up in the background in the movie, I'm not sure. But the character is not relevant after the intro.

In the Princess Bride, the story opens in a modern bedroom where a grandfather reads his grandson the classic fairy tale. One of my favorite uses of this technique, the characters in the framing device even have a bit of an arc/emotional payoff at the end.

The book version of The Princess Bride begins in the modern world as well, written by a fictional adult writer, who feels disillusioned and lost in his married and family life, and remembers and, if I'm remembering right, seeks out the old book his father used to read to him. This fictional author is the one releasing an edited “the good parts” version of the original book.

The classic graphic novel “Kingdom Come”, the story of aging heroes like Superman, Wonder Woman and Batman, is introduced by an old man who is having apocalyptic visions of the near future. The old man, and the Spectre, who he talks to, is not important to most of the story. He just sets up the world. The two characters show up for a cameo near the end.

An unusual one is in Stephen King's “IT” (the book). The first sentence is in the first person:

“The terror that would not end for another 28 years, if it ever did, began
so far as I can know or tell, with a boat made from a sheet of newpaper
floating down a gutter swollen with rain.”

I haven't looked this up, but from reading the book three times over the years, I am fairly sure
that the “I” in that sentence never appears again, is connected to no character, and the book is written in third person omniscient from the second sentence until the end. One of those fun little Stephen King things.

A lot of writing advice involves making things efficient and keeping them moving. This is the more modern approach, and it's good advice. Extra characters who set things up would be considered extraneous, but I think sometimes they can be effective.

What do you think are the upsides of using a “narrator” to tell a story, or set up a story? Have you seen it done badly? Is there any advantage to this technique in a story? I'd love to read your thoughts on this. 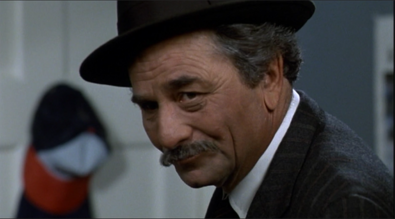 I agree with ozoneocean. This device is probably as old as campfires themselves, and you can find it from Chaucer's Canterbury Tales to Mary Shelley's Frankenstein (as a great example of a complex multi-layered variety that exploits the campfire-effect to a maximum) straight to today. I'm not entirely sure, but a totally detached, omniscient narrator may well be a later development as an effort either to give the story a more report-like quality or just shift the focus entirely on the plot. Not that they're always used that way, of course.

Once a narrator appears as a person you can't (or shouldn't) take the story at face value, because their presence reminds you that you're reading a story and one that is told from a subjective point of view at that. This is of course the way with all stories, but you're more explicitly invited to make up your own mind about it. This is very popular in horror, because it adds a layer of uncertainty, and I'm quite sure that's another important function of horror hosts; they help establish a kind of campfire-tale atmosphere that way. In that vein a visible narrator will often act as a witness, trying to lend the tale some extra credibility - which you are free to accept or doubt, but will personally engage you with it either way.

As MOrgan mentioned, the comic book horror hosts played these roles themselves in the comics where they appeared. They usually wouldn't participate in the stories they presented, and some might only appear once, where others would bookend the story's presentation. They might have an "umbrella" story bringing the various other, smaller stories together, or they might not. I especially liked the Three Witches of DC Comics from back in the day. They usually had a little story of their own going, along with the tales they presented. A very interesting topic to look at!

On the way home last night I remembered one of my favorites. "The Stranger" character/narrator in The Big Lebowski. Shameful oversight, that being one of my all time favorite comedies!

The storyteller, John Hurt and his dog in front of the hearth. Once upon a time TV was full of "so and so presents or X theater" and there were always presenters and hosts. John Newland presented "One Step Beyond" and was a character in a couple of stories based on his experiences.

I think this was how almost all stories where done in the old days. For some reason it was the main framing convention. Most of Wuthering Heights for example has 3 or 4 layers of 3rd person narative XD

Comic book horror hosts are a good example, The Crypt Keeper, The Old Witch, Cain, Abel, etc. don't usually have anything to do except intro and outro the story (not unlike the hosts of TV shows like the Twilight Zone). The Phantom Stranger would be a subversion as he would introduce a story, but he would usually get involved partway through.

I did it back in "Attack of the Robofemoids" (amazing how my autocorrect prompted with the whole title after I typed "attack--") It was an author meeting a mysterious man in a bar who had a story to share. To work best you need to have the ending in sight to properly frame the narrative. I also did it with a panel of participants as a DVD commentary in another story so each could provide their view of what transpired. That was fun because they were the ones who made the movie so they had directly participated in it but as director, producer, writer/actor and star weren't actually the characters. Inside and outside at the same time. All meta. And then there's the couple of times I've done MST3K tributes having Joel and the robots commenting on things.