Splinter the Rat’s Words of Wisdom 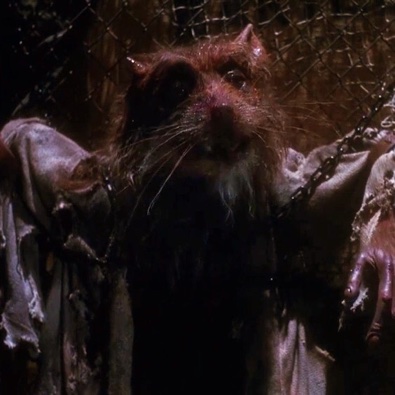 The year was nineteen ninety when a very life changing film was released into theaters—Teenage Mutant Ninja Turtles: The Movie. Assembled with the help of Jim Henson’s Creature Shop and MC Hammer in the soundtrack, this film brought a new dimension and reality to the table. My young brain, familiar only with cartoon ninja turtles on daytime television, had to wrap its mind around the idea that life-sized mutant turtles really did exist in New York City, alongside sports equipment wielding bad boy, Casey Jones, in Central Park.

Revisiting the film, yesterday, on Mother’s Day 2021, brought an especially poignant new perspective to the table because Splinter technically acted as both Mother and Father to the turtles and was constantly teaching words of advice to all characters (even the bad ones) who came its way.

Here are my favorite quotations recited by Splinter from the film:


“I too once had a family, Danny. Many years ago I lived in Japan: a pet of my master Yoshi, mimicking his movements from my cage and learning the mysterious art of Ninjitsu, for Yoshi was one of Japan's finest shadow warriors.”


“My Master Yoshi's first rule was ‘Possess the right thinking. Only then can one receive the gifts of strength, knowledge, and peace’.”


“All fathers care for their sons.”


“I am proud of you, my sons. Tonight you have learned the final and greatest truth of the Ninja: that ultimate mastering comes not from the body, but from the mind. Together, there is nothing your four minds cannot accomplish.”


“Anger clouds the mind. Turned inward, it is an unconquerable enemy. You are unique among your brothers, for you choose to face this enemy alone. But as you face it, do not forget them, and do not forget me. I am here, my son.”


“Help each other, draw upon one another, and always remember the power that binds you. The same is what brought me here tonight, that which I gladly return with my final words: I love you all, my sons.”


“Death comes for us all, Oroku Saki, but something much worse comes for you. For when you die, it will be… without honor.”


“You must never lapse. Even those who would be our allies, would not understand. Our domain is the shadow; stray from it reluctantly, for when you do, you must strike hard and fade away, without a trace.”


There we have it. Wise words from a large, sentient rat who dwells at the bottom of a New York sewer, and it stills holds up thirty-one years later.

I remember almost being moved to tears when Splinter's spirit form appears in the fire and he says "I love you all, my sons." Who could have thought that a life-sized rat costume could do that, even til' this day.