Horror, and the Broken 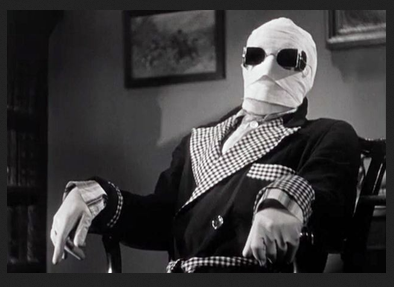 I'm wounded but you can't see it!


A lot of stories involve a wounded and/or flawed character. It's a staple of strong storytelling; a character has some kind of pain or wound to overcome, and that's the inner journey they take along with whatever outward problem their story throws at them.

Wounded or flawed characters are particularly suited to horror in my opinion. Or at least, the overcoming of their flaw or wound is extra powerful to me in a good horror story. Maybe it's because fighting off a killer, ghost, or some kind of monster is such a heightened thing, such an exaggerated series of events, that the human struggle becomes more powerful…to me, at least.

Granted, there are horror movies, or books, or whatever, that are more realistic and gritty. Honestly, I don't normally like those kinds of horror stories personally.

And of course, there are horror stories, even classic movies and personal favorites of mine, that have no real character arc or overcoming of a wound or flaw. There is not a strong character transformation in Halloween, or The Thing, or Return of the Living Dead or the Friday the 13th series. They still work well enough.

But the juice in most stories, including horror come from that transformation.

I'm a big fan of the damaged Protagonist. The character who's slipped out of regular life and into the fringes. The drinkers, the loners, the haunted (in psychological terms). This is an excellent character for a horror story.

Danny Torrance in Doctor Sleep, the grown-up kid from the Shining, starts off this way and his road to redemption spoke to me strongly! Ash, the aging version in the Ash vs Evil Dead series, is a similar guy (with a more comedic bent, Ash being Ash). But I loved his character, especially in the early episodes.

Granted, the innocent and unaware can be ideal horror Protagonists too. Their normalcy or lack of awareness is shattered when the evil arrives, completely unexpected. The teens in Evil Dead, Return of the Living Dead, and most slashers work really well. Rick in the Walking Dead is a fantastic horror series hero to me, and he's greatly missed (though I am reminded that Daryl is my favorite character, the wounded loner woodsman who's only recently coming out of his shell, ten or eleven seasons in to the show!).

The struggling relationships in The Strangers and Vacancy make for great Protagonists in those particular stories. Sydney Prescott in Scream remains a phenomenal horror Protagonist in my opinion. She's got it all!

Hey, maybe I'm wrong on this - maybe a well-adjusted, healthy character can be a great horror Protagonist. People in the true horror stories on the Internet are written this way, and those stories are endlessly entertaining to me.

In any case, wrap up your wounds, and I'll do the same, and have a good one!

There is another option: will dealing with the flaw consume them and make them a villian? Imagine the outcast whois ridiculed by his or her peers being able to flee when an Evil One attack those peers. Do they flee in fear, or do they fight the Evil and be accepted as thepeople realize they were wrong? Or as I sometimes like, dothey lure the survivors to them, offering them safety, only to seal it and watch with a large smile as their tormenters get tortured to death. Another option? They kill the threat, and then the others and blame it on the monster. So many lovely possibilities.

SPOILER ALERT: Ethan Thomas, in my favourite horror game series Condemned, is a damaged protagonist with a character arc and a development that I adore. He starts off as a ordinary, level headed crime scene investigation agent for the FBI's Serial Crime Unit (SCU), who down the line turns out to have some superhuman properties but is still very much over his head in what he gets involved in. At the end of the first game he has clearly taken some severe damage to his psyché and at the start of the sequel game he has almost completely lost it. He is now a homeless bum, with alcohol issues and a tendency towards ultraviolence and is constantly having these psychotic hallucinations throughout the game. Really he is looking like the very enemies you fought in the first game, which were mostly all psychotic hobos. Having little grasp of what is real and what isn't the game becomes a struggle for him to discover his true potential and try to reclaim his sanity, what little is left of it.