The Professional as Character and Plot Device 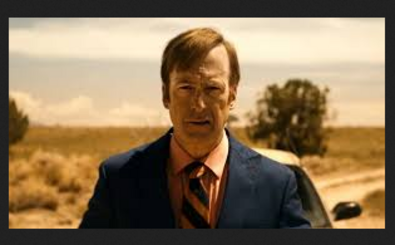 First, let me apologize in advance for what will probably be a LOT of Better Call Saul related Newsposts over the next few months. The show is finally coming back, and has been one of my all-time favorites. So…BCS Lovefest incoming.

It won't be every week. Promise.

But even before it releases, as I've been watching a few old episodes of Saul and Breaking Bad, I was thinking about the character-or plot device-of “the professional”. Interestingly enough, the two main characters who came from Breaking Bad to Saul were those types of characters (slash plot necessities).

First is Saul himself - Bob Odenkirk was apparently chosen for the character in order to bring some levity into the show as it began getting darker. They needed that counterbalance. He definitely served the show well, there.

But at least as much, he served as a device for legal assistance and advice, and ‘extralegal services’ to allow the criminal Protagonists to get things done. Saul was great for supplying underworld contacts, explaining and framing the legality and other realities of situations to the characters … and therefore the audience … to allow us to understand what was at stake, why and how things were dire, and presenting problems in a specific way so we could understand what the Protagonists were up against. 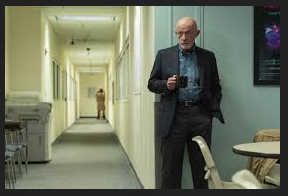 You can call me Mr. Ehrmantraut

Mike was/is a different kind of professional and expert - he's the “Cleaner” when we first meet him, and knows how the police operate (being an ex-cop himself) and how to do surveillance, clean up crime scenes, and…basically how to get anything shady done right. He works as Saul's P.I. and also for the villain Gus Fring, which was a little inconsistency or confusion, nothing too serious - but I was impressed when the Better Call Saul prequel set this up logically. Very cool!

Mike solves problems (kind of like “The Wolf” character from Pulp Fiction) and kicks ass. The weathered, world-weary soldier who's seen it all, and could tell Walter White the “right move”, from the pov of a hardened professional criminal. Mike also represented the danger and power of criminal mastermind Gus.

The Better Call Saul series has another character like this in The Veterinarian, who provides criminal associates to assist our morally flexible characters with their schemes. 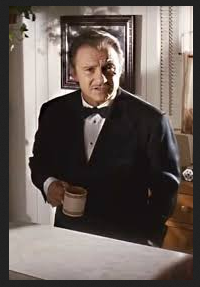 Other examples that come to mind are Cooter, the auto mechanic from The Dukes of Hazzard, and Murray, in “Flight of the Conchords”, somewhat of a parody of a music manager, and much more inept - and hilarious - than the normal example, but still a character who set up gigs and framed problems and stories for the main characters. Breaking Bad also had a couple of minor characters with more specialized niches, like the guy who sold untraceable guns, and “Ed the disappearer”.

These kinds of characters add color and realism (even if heightened realism) to a fictional world, and importantly, can also help get things done, plot wise!

Do you recognize this character type or am I just making this up? Can you think of effective “Professional” characters who serve their series/stories well?

see you next time! 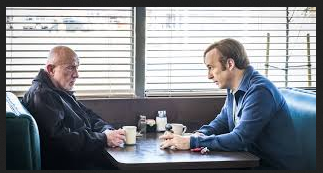 I notice that most of these professional-type characters show off their professionalism quite a lot, much more than any real full-blood professional would. It's probably part of the trope. (I like the inversions of that character type, too, you know people who watch these "professional" characters, imitate them, and invariably fail at everything because they haven't really got a clue what they're doing. Inspector Clouseau comes to mind. I've known people like that in real life, but it's not half as funny there...) But this is about professionals who aren't just all bark but all bite as well. I think "Navy CIS" deserves a mention, especially Abby. In that strict, stuck-up work environment she's allowed to be as goth and silly as she likes, because she always delivers the goods where no one else could. This earned right to be different may be another hallmark of the professional trope.

"M" from James Bond, Bonnie Barstow and April Curtis from Knight Rider maybe? They're the mechanics who work on Kit. Seymour Talbot was a gun dealer character in Burn Notice, the characters used him as a weapons supplier and information expert, Giles in Buffy the Vampire Slayer is a good one. I think you're talking about people who're mostly side characters? There are many main character who have that role like Edward Woodwood's character in the original Equalizer series. (I haven't seen the Denzel Washington movies)

...If you have a problem, if no one else can help, and if you can find them, maybe you can hire...the A-team.

Mission:Impossible was famous for this before it became those blockbuster movies. Mr. Phelps (and his lesser known predecessor) would look through his book and pick the professionals. There was also the old Saint series who was the multifaceted professional and the Wild, Wild West where Jim and Artemus were the consumate professionals but occasionally a fixer would be needed for the special stuff.

I at first this was gonna be about "The Professional," an awesome movie. An extreme side of this is the practically Deus Ex Machina professionals of a lot of the DC Flash-type superhero shows--the computer experts who can do everything from hack a security camera to come up with Nobel Prize-worthy theoretical physics answers AND develop the Nobel Prize-worthy tech to address this problem all in a few hours of story time. And they do this dozens of times a year.

I am a real fan of the Mike and Wolf style of clean-ups.

Would the Professional's opposite be the Cabbagehead? Also known as an Audience Surrogate, their job is to stupidly ask a question so the author can explain something through another character (sometimes a Professional) to the cabbages in the audience.