The Magic of Memory 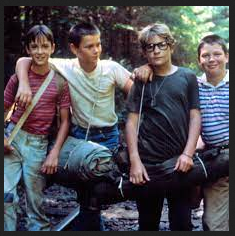 There is a special power to the memory - especially to the memory of youth. Whether it's childhood, the teen years or maybe even young adulthood, it can have a powerful hold on us.

I guess it's the reason that some great stories get their resonance by the idea of the memory of bygone days.

Stephen King, at least during a certain stretch of his career, was masterful at tapping into this.

Stand By Me is probably the definition of how powerful this theme can be, in a well-told story. I don't even remember if I've read “The Body”, the original story, but the movie adaptation by Rob Reiner is one of the great coming of age stories of all time. I saw it again in recent years and it stunned me. Most movies are just not that good. It taps into the anxiety and pain, as well as the adventure, fun and friendships of youth, and in the end it taps into the pain of losing that magical time.

I felt that pain in Stephen King's other epic story of youth-and-lost-youth, “IT”. This one has some incredible moments and ideas, but also is a bit all over the place. Trying to reread it recently, I loved about the first quarter of it but then gave up. I've read it twice before, and it has some incredible stuff in it, but it's so long. And I guess I'm not as much of a reader as I used to be.

Still, what I loved about it was how it taps into the pain of childhood that I could relate to - not that I had a horrible childhood, but I had some anxieties and stuff for sure. Luckily, i did not have a cosmic horror living in the sewers of my town – but a lot of the challenges the kids faced in the “real world” parts of the story were very relatable. It was also relatable how the characters, when they grew up, felt kind of disconnected and lost to one degree or another. Even as a teen and young adult I could relate to the wistfulness and melancholy that middle aged people feel in stories like this.

Strangely, now that I am older I'm much more lighthearted. A silly, silly man, some have said. I imagined my midlife crisis between 17 and 25 I guess. Hey, I'll take that!

We're more emotional, or our emotions are more powerful, when we're younger. That goes for the positive emotions as well as the negative.

I think even if we didn't have a good childhood, or one that we miss or whatever, we can find power in stories about pasts we could have had, or should have had, or wish we'd had – or the past we're glad we DIDN'T have, in the case of the horror stories or depressing childhood stories.

See you next time, 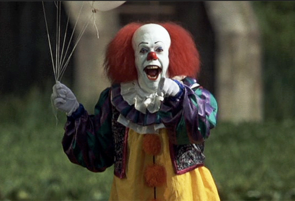 I preferred making my midlife crisis a quarterlife crisis and be done with it, too. Not that there weren't enough things to be p*ssed-off at any more, but as I get older I feel less and less like wasting time on sulking - possibly because it got repetitive at some point. I don't like thinking about my childhood either, even if objectively it wasn't all that bad, and if I met my younger me, I'd tell him one or two things he wouldn't like at all. The memory of having been a teenager yourself, a rather annoying one at that, can be a hard pill to swallow when you see them with the eyes of a grown-up every day up close, like I do. Also I tend to get this funny feeling that my own childhood was not half as dull as theirs. It's probably - hopefully! - not in any way true, but I often feel we did more stuff ourselves, with ourselves, and consequently had much more little adventures, discoveries and were generally more creative and more difficult to deal with.

Interesting! My childhood was spent devouring fantasy. I lived and breathed that genre... reading about high adventure, pirate ships, horse riding, people in gorgeous clothes, sword fighting and swashbuckling... As an adult I never ever became a Renaissance fare person. I just never had the opportunity to do any of that stuff and I didn't have the interest to play make believe like LARP. Instead I learned to ride horses for real, to make my own historical clothes, crewed on real sailing ships, and I own real antique swords. LOL, the past I should have had was growing up in a fantasy fairytail wold :D