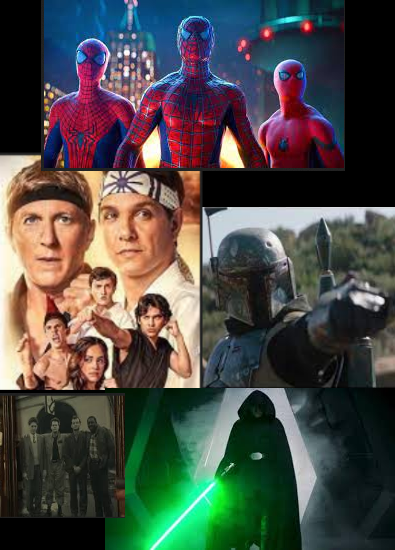 I've had this Newspost in mind again since I saw Spider Man: No Way Home. That movie pushes the nostalgia buttons with abandon, to an extent I couldn't believe. To avoid having anything spoiled I rushed out to the theater to see it as soon as I could get there. It did not disappoint!

Of course, when producers/creators have a vision, and when a story and world can justify it, there's no reason the kind of fan nostalgia can't be delivered. The nostalgic elements and cameos worked because they were relevant to the story - powerfully relevant.

After the new Spider Man's huge success, I hear that the next movie, the Doctor Strange in the Multiverse of Magic flick, was doing a bunch of reshoots, possibly to fill it with cameos.

It might be fun, but if the cameos aren't relevant to the story (as they were in Spider Man), it's not going to be as fulfilling an experience. It might sell tickets in the short term, but might not deliver for fans or the studio in a bigger, lasting way. See the Star Wars sequel movies and the new Ghostbusters for nostalgia-baiting that kind of rang hollow for me. 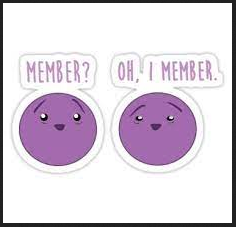 I haven't been a big fan of the new Book of Boba Fett series, really. Something just hasn't been clicking. After the return of Luke Skywalker about a year ago, though, my Star Wars fandom had returned and I've been watching.

Last week's episode saw the Mandalorian come back - and along with him came a clean, strong story that I was riveted by.

Along with that, though, was a whole series of callbacks, references and nostalgia that went completely over my head:

The episode (boba fett episode 5) was chok-full of references to the Prequel Star Wars trilogy, especially episode 1. Since I'm not a Prequel fan at all (saw them only once), I missed all of it. Seeing the joy of Prequel fans later was what clued me in, and their pleasure and joy was great to see.

The fact that I didn't know the references well enough to remember didn't matter at all, as far as being engaged with the story.

That's good nostalgia! It's a wonderful experience for those in the know, but it doesn't take away anything from the story.

With the new episode 6 of Boba Fett, my mind was completely blown on multiple levels. I'll hold of on commenting in detail to avoid spoilers, and also because this post is running long. But it delivered and delivered and delivered for me, in terms of fandom, nostalgia, special effects, characters and story excitement. 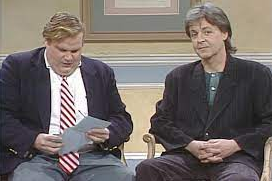 The studios who own the big franchises have learned: nostalgia can equal profits. Hopefully the days of spitting in fans' faces is over. But it's not always easy to pull it off! Nostalgia can be done well, or it can be done badly.

Is the nostalgia just an amusement park-or-wax museum type of thing? Is it just “look at this character! Remember them?” In that case it might give some pleasure to the fans who remember - but I think the experience is very short lived and kind of empty. If the story doesn't MATTER…if there's nothing else to it but ‘member berries’… then it's nothing worth celebrating.

But there can be more to it than that. After a bleak period in franchise-nostalgia-pop culture for the past few years, we may have seen the reverse lately. An small fountain of nostalgia has been served to some fandoms in the past year or so. But it's been nostalgia that also serves story. The kind that lifts the spirit. The kind of experience that stays with you.

It's a beautiful thing!

@cdmalcolm - hey, that's okay; you're allowed to have your opinion! My post is not that well written, but I should clarify that while the first four episodes of Boba Fett didn't do much for me, episode 5 was fantastic, and episode 6 was absolutely mindblowing (however, they are a continuation of the Mandalorian so you should finish those 2 seasons, then see Boba Fett episodes 5 and 6 - and I guess, 7 next week). But you're obviously free to not like it...I have no interest in most Star Wars other than the original three movies. Most of the other stuff feels either kind of dorky (prequels) or just...bad (sequels). But my love was rekindled with the Mandalorian series.

Sorry to hate on StarWars like that. Moving on. Kobra kai completely missed the mark for me. The acting is mehhh, the references are a miss. Its like watching a blue television series, (like a blue movie? I did make it to season 2 and lost interest.) I do like the Mandalorian but it’s a slow action drama. I will eventually finish it out. I was looking forward to the Book of Boba Fett but dang it Banes, what you said…..oh well. I now have no choice but to not expect great things to come out of that series. It’s all good. When I get to it, I’ll let you know how I feel about it.

I think the real reason they keep bringing back the past is maybe because there are no future stories to tell. With that being said, why did they do that with Spider-Man? He has way more than enough stories to keep Spider-Man going for decades to come. StarWars to me is just reaching. Disney said they wanted Marvel to start making the StarWars “Bibles” to make it interesting. Here is the problem with StarWars. There are way too many holes in their story and when they try to fill some of these holes, it’s like they don’t know what the F%#@ to use to fill it. They make it up new $#!+ with more holes. To me this is why Star Trek is a better tale…(even though they had a rocky start). I’m not sure if the writers of StarWars are trying use references or reaching to make that nostalgic moment relevant to the story. I don’t get that with StarWars. It’s nothing more than eye candy. (To prove it, if you have Disney Plus, they literally have a series of all the pretty FX & sounds. No story.)

@davidxolukoga - A good point. A fully realized story with a powerful ending is a valuable experience. We can lose some of that with these never-dying franchises, sequels and reboots.

@marcorossi - i won't argue with you on that! Personally I guess I can dislike it, ignore it, and occasionally wallow in it when it's done well. Everything becoming some kind of resurrection is not a good thing of course!

@marcorossi I feel yeah brother. Nothing grips like an original story. Inception, Baby driver, Invincible, the walking dead. Damn. Nothing beats a story with a definitive Beginning, middle, and end.

I'll just drop in to say that I hate, really hate this nostalgia-reuse-citation-sequel-prequel-reboot thing. GAAAK!

Back in my day nostalgia was better. And you tell that to the kids today and they won't believe you.