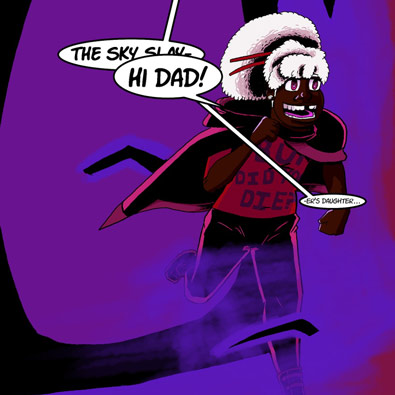 Zadie is a precocious little monster of an eight year old girl! She's excitable and eager to prove herself, especially now that she's come into her special powers of destruction as a Shadowborn. It wasn't entirely unexpected, she grew up in the underworld with her ferocious mother and Death himself as somewhat of a mentor, so it's not surprising that with such an unusual upbringing strange things would happen. Let's just hope she can save her dad from a monstrous grass demon. The story is a supernatural comedy and it's a pretty unusual premise, with the little girl as the main protagonist. The art is bold, ambitious, and quite stylised. It's also a bit rough and naive in places, but its creativity and the unique characterisations of Zadie and her mum balance that out.