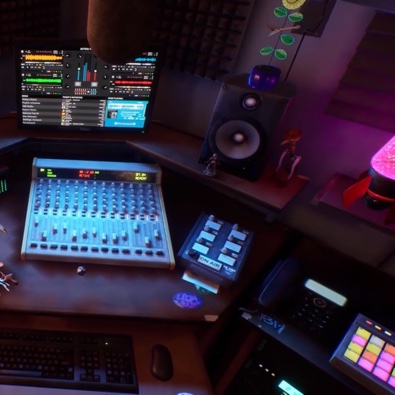 The studios at Square Enix and Deck Nine have delivered a third installment to their Life is Strange series, titled True Colors due to the protagonist’s ability to see auras, that is both sobering and surprisingly critical to the current timeline. An added special bonus episode called “Wavelengths” is included with Deluxe and Ultimate edition options that connects Life is Strange 3 to the first Life is Strange.
—
The September 2021 release of Life is Strange 3 was much anticipated in my household and purchased within one week of its release. It had taken me a total of about seven months to complete the main game and the bonus episode called “Wavelengths: Steph’s Story” because I wanted to savor the dialogue and the plot, but there were emotionally heavy points of the story that made picking up the game very difficult.

The Life is Strange series of games were helpful to build emotional intelligence, mostly for its uncanny ability to step into the main character’s shoes and see the world from a different perspective. The series has a very simple game play as most choices are dialogues that have consequences or impact future events significantly.

The bonus episode “Wavelengths” plays from the perspective of Steph Gingrich, a former bandmate, Dungeon and Dragons LARPer, avid comic book connoisseur who currently works as a vinyl record store employee. It was an understatement to say I was fascinated by the concept. Steph’s Story reminded me, very much, of my first job. The total gameplay is around three hours, but tasks include tasks such as: working as a radio host, tidying up the store, and restocking comic books. Rinse, wash, repeat.

I was hooked to the concept of a video game that takes place inside a workplace and it even motivated me to return to my own nine to five schedule with more gusto.

Monotony did not seem as monotonous once I realized a lot of people spend time doing the same thing everyday.

Sounds like a great idea for a comic actually :D

Eeeeegh. I already dislike that series enough, but to be frank it just comes off to me as lazy to craft an experience like that and call it a game.