A Bit of a Stretch

Banes at 12:00AM, May 5, 2022
tags: thursdayswithbanes writing coincidence stretch
4 likes! 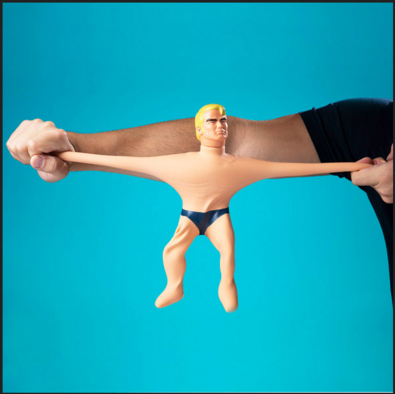 On a recent episode of Better Call Saul there was a plot element that caused some discussion/criticism.

There's a character on this show, Lalo, who was set up to be almost - almost - more than human. This is not a superhero show or anything, but this guy is…just a bit extraordinary. It's almost superhuman, but not quite. From commentary by the creators, this is intentional. That doesn't mean it's not a risk.

The risk, of course, is losing believability I love the fact that the writers of these series will swing for the fences with stuff like that. This is a heightened reality. It's not the Marvel Universe, but it's not going for a completely realistic world.

Anyway, spoiler alert - there is a plot element where Lalo uses a body double as part of a strategy to fake his own death. Lalo's “almost-superhuman” qualities only show up here and there, once in awhile, but those qualities did make it believable to me that he would have cultivated this guy to serve as his body double if he ever needed people to believe he was dead.

There was a discussion about this, from some fans, and some found it unbelievable. It got under the skin of these fans, and seemed impossible to them. I disagreed -

When it comes to coincidence, and stretching the truth, getting a bit flexible with reality in these ways, I think there is a saving grace that writers can hold on to, and it's this:

The coincidence, or the stretch, cannot solve problems for the Protagonist (or main character).

The thing that made the body double plot okay with me was that in the end, it didn't work. It didn't fool everyone (though it fooled most).

If the entire plot hinged on something kind of unbelievable (which happens in some stories), then you're in trouble.

But if the coincidence, or stretch, makes things WORSE for the Protagonists, it's fair game. I mean, in my opinion, it can still feel a bit artificial. Even the best shows I've ever seen can stretch things and feel unbelievable when trying to put the characters in the kind of crisis the writers want.

Sometimes you have to go with it.

In short, coincidence and some artistic license, and some exaggeration are perfectly fine - but they should not be used to solve problems for the characters. They should be used to CREATE problems. And also to create fun color and nuances to your stories and worlds.

It doesn't have to be miserable or sad, or even bad, though. It can be just as amusing, if not more so, if it surprisingly *does* work for them, as Ozoneocean says so well. It's rarely a great idea to throw in a twist that just makes the story less enjoyable. That's been on my mind frequently since TubiTV just got Freddy's Nightmares, and looking back on that narrative mess is an experience...mainly in not just throwing in arbitrary twists or casting the tone of a story down for its own sake.

Irony is your friend here. The light at the end of the tunnel is merely the headlamp of an oncoming train.

But if that protagonist (in my example), WAS saved but the method was revealed NOT to be miraculous at all, then it's pretty cool. Make it LOOK like Deus Ex Machina, but then reveal that it wasn't at all. I think the audience often appreciates that sort of trick. It CAN be lame though, like in The Prestige... That was meant to be a clever mystery using a couple of tricks on the audience but it relied of the audience not being well read enough to know of the theories and tricks already, if you do then it's a silly story because it relies too heavily on the "mystery" and shock of the science for its reveal.

Good post! I like it. To me it seems that you're saying that it's OK for something to look like a Deus Ex Machina, to ape the appearance and form of it, as long as it actually isn't one. It can even be a really clever trick on the audience if done correctly. It would be done badly if say a loved protagonist was in a dire situation and looked like they were about to be miraculously saved in a way that intentionally builds hope in the audience, only for everything to mess up at the last second and the protagonist actually dies.