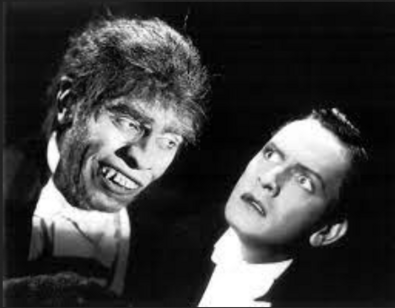 One thing I appreciate in well written stories is the hidden motivations of characters. Well written characters, just like real people, have contradictions to them. Desires and needs that are sometimes in conflict with each other.

Story structure tells us that a character has to WANT something. The struggle for the Protagonist to get what they want gives us conflict and a plot. More depth can come from some other unconscious ‘wound’ that the character needs to overcome, or a NEED that the character may not even be aware of in the beginning of the story. This is a deeper element to a story where story themes can be explored.

It's all good stuff - but the really great character writing gets even more nuanced.

I love it when I see a character react compulsively, and instinctively, to a problem, and do something stupid.

…and then try later to solve the issue (or mend the damage they caused) by behaving as they think they should, or as the person they believe they really are, or that they want to be.

Did that make sense? I'll try to outline some examples:

In Breaking Bad, Walt explodes in fury at his brother in law over a bottle of tequila. Walt's ego is bruised because his ill-gotten money means his medical bills are paid but he's not able to take the credit. The next day he tries to explain and apologize and handle things properly. “That's not who I am,” he says.

Walt's an interesting guy - he wants to provide for his family, but he also wants to feel powerful and heal the wounds from past trauma where he still feels he was betrayed.

The prequel, Better Call Saul has Saul - or Jimmy, his real name - avoiding therapy after a huge event happens. He deals with his pain by acing, and then sabotaging his job interviews. He then takes a job when his girlfriend seems put off by his refusal of therapy. He figures getting a job will replace therapy. He just wants to move past the crisis and keep his life. He also REALLY wants to keep the relationship alive.

Anyway, he gets the job and spins it into a side hustle that sees him out all night, selling burner phones to undesirables. Which gets him mugged and beaten up.

The next day, he says he's going to go to therapy. We can just see him thinking ‘what the hell is wrong with me?’
Later, he resolves that he's going to rebuild his law practice. He wants to be a lawyer. He wants to keep his relationship alive. He wants to avoid pain - and he feels good when he's skirting the law and living on the edge. Jimmy's a complex guy and his behavior is a joy to try and unravel from one episode to the next as a viewer.

Jimmy's girlfriend, Kim, is even more of a complicated puzzle. This is why BCS is such an amazing series.


Do your characters have complex or contradictory wants and needs? Who are your favorite complex, full bodied characters?

@hushicho - Agreed! And kind of like a Protagonist and Antagonist who have goals that are at cross purposes, having a want and need that aren't compatible might give the writer a notion of what the climax of the story will be...choosing between "want" and "need" or using growth inherent in the "need" to achieve the "want". If that makes any sense xD

I think it can add a lot to characters for them to have wants and needs that aren't always compatible. That way, you can write the process of the character going through the process of reconciling those things that they might not even know from the start. Even if the greatest obstacle tends to be a person themselves, that can make an interesting story.

@usedbooks - that sounds like a good way to get a character into trouble and conflict to me! Which is a good thing for stories of course, haha

@That makes sense! Some call it a "wound" to heal from and not a "need". Maybe that's a useful approach for figuring out a character.

Safety vs companionship (and/or loyalty) is a big one for some of my characters. Self-interest clashes with the needs of friends. Seiko is also drawn by an often destructive curiosity. It's an illogical compelling force.