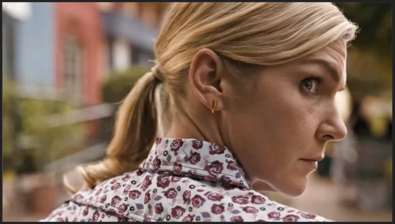 A story trope in fiction that can make for a shocking ending when done well, or probably an eye-rolling one
when not, is the secret sociopath.

A character in the end that reveals themselves to be…not like most people can suddenly explain questions about their past, and the entire story leading up to that moment.

It's a chilling, fascinating turn of events, and taps into something for me, and for many readers/audiences.

I think the idea that a person can appear to be one thing, and make you so comfortable with that thing over time, and then reveal a completely different set of thoughts, motivations, and values underneath - well that's prime fodder for a thriller, horror, or drama.

The hidden side of Walter White in Breaking Bad, and now, in her own way, Kim Wexler in Better Call Saul, while not psychopaths or sociopaths, tap into this in a sophisticated way that causes great thrill…and dread…in the audience.

Have you enjoyed a secret sociopath or “hidden character” revelation? Ever written one?