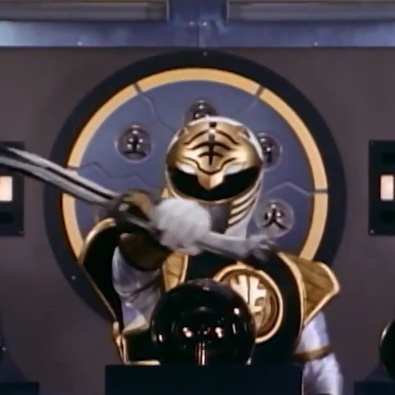 Tommy Oliver (played by the late Jason David Frank) first morphed on the screen as a new transfer student at Angel Grove High and even participated in a martial arts tournament with fighting skills that rivaled, then leader of the Mighty Morphin Power Rangers, Jason (aka the Red Ranger).

Tommy’s Green Ranger was not always so nice. He started off as a villain to the rest of the rangers after having his mind controlled by Rita Repulsa. His uniform stood out from the rest of the team as having an upside down gold breastplate in both the green and white uniforms. Following season one, he was part of the original cast that continued into season two. The green ranger’s zord was a departure from the Cretaceous period design of a Tyrannosaurus rex taking on the design of a more famous radioactive lizard, Titanus gojira.

The group dynamic of the original five power rangers shifted when Tommy entered the scene. He basically overshadowed Jason’s influence when he became the designated leader of the group. Socially, he quickly established a relationship with Kimberly (aka the Pink Ranger) while attending Angel Grove High. He exhibited leadership in his ability to lead an entire martial arts class of students.

Personally, my reaction to this news was less than delicate. I was a member of the Official Power Rangers Fan Club (from 1993 to 1994) after sending away $19.99 cash and my home address along with the postcard that came with my Power Rangers computer game. There was definitely a time that I considered the Power Rangers to be legitimate heroes.

This show was quite young for me when it was on but I found it amusing as a sort of American live action version of the shows I grew up with the G-force and Voltron. Tommy was an unusual departure as the new boss because he was so rangy... with a soccer player figure and looks as opposed to the traditional football player looking Jason.

I was absolutely shocked to hear that JDF passed. He not only played a legendary Ranger, but he was and still is one of my favorites from the entire franchise. RIP Jason David Frank and thank you for your performance as Tommy Oliver...

You all need to go to "Super Power Beatdown" and watch "White Ranger vs. Scorpion!!! Not only does Jason David Frank show up to be the white ranger and fight but he also stands there and explains why he thinks the white ranger would win. Go watch it now!!!

As someone who grew up as a very big fan of power rangers for a long time this hits hard. RIP JDF

We haven't told our son yet. Tommy is his favorite ranger