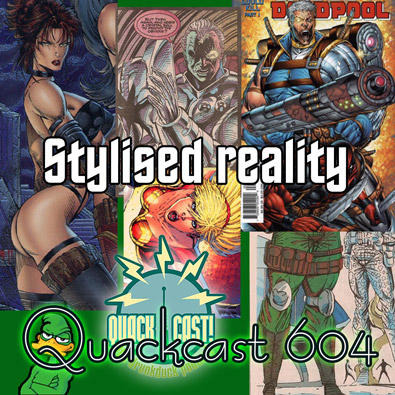 When creating fiction we always have to stylise experience in many and various ways in order to communicate with the viewer in a way that's meaningful to them because it's usually impossible to simply show them the exact reality of something and expect that same meaning to carry through.

A great example is a fight scene: when you're involved in a fight or close to it, it can be pretty affecting. Your body releases adrenaline, your pupils widen to take in as much as possible, your brain is on high alert so it narrows in on just the action and notices everything that it can, this makes time seem to slow and fight last much longer than it actually does. To the person involved or the close spectator everything is more dangerous, epic, and impactful. However, to a more distant viewer the fight is over in seconds, it probably seemed silly, stupid, even embarrassing and pathetic. So as a creator we have a whole bag of tricks available to us to convey the feelings of the participant or close observer to the audience- we slow down the action a LOT by making the fight last 10x times longer, we zoom in on the fighters, we zoom in on the fist that's doing the punching, we add SFX, VFX, tone and colour and a million other things.

That's just one example, most of reality has to be stylised in various ways in order for it to translate to a viewer in the way the creator intends. And we have many ways of doing this, some more extreme than others. Musicals for example are highly stylised but the singing and dancing is generally not just for show, it communicates meaning just like the rest of the less flamboyant parts of the story. Even something like a documentary, reality TV or a sports broadcast have to stylise reality in a way to more effectively communicate and engage with viewers; through camera angles, clever editing, cutting etc. Pretty much nothing is simply presented as is.

This is the reason I defend the art of Rob Liefeld: objectively it does not depict reality, he puts giant shoulder-pads on characters, too many pouches in silly places, too many teeth in grins, broken backed bum-popping women, huge nonsense guns that are just random assemblages of tubes with a handle and trigger, anatomy that has only a passing acquaintance with the human form- And yet it's not what the art shows, it's about what it evokes in its communication with the viewer. The bum-popping women mean “sex appeal”, huge guns mean destructive potential, giant should-pads equal power and strength, pouches equal action, toothy grins mean determination of purpose. All these things communicate directly with the viewer without having to be spelled out, and in the 1990s that was very successful for him!

I think it's very important to understand the stylisations we have to learn to use in order to properly translate our meanings to our audiences. Not just for comics but for books, movies, plays etc. Reality is never presented directly, not even in news broadcasts or 3D VR, or security footage, it's always stylised and modified in some way.

This week Gunwallace has given us a theme to AGENCY - High up in a helicopter, swooping in over a vast metropolis. Endless rows of buildings fly by underneath. Sophistication, towering glass skyscrapers, vast canyons of concrete and steel… It’s music for the big, cold city.Pulsing 80s synth tracks,