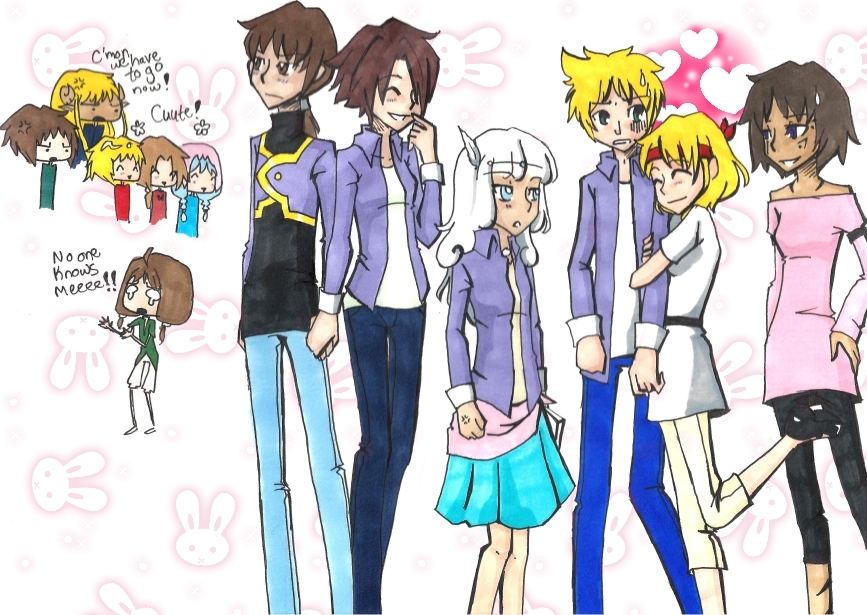 Well, I haven't updated in…. three years? Yeah… Sorry ‘bout that. I can’t say I'll update this, but I can't say I won't… The problem is this version of Prophecy is yet another stepping stone for the current version of Prophecy in my brain (well, two universes of them…). Drawing this made me realize just how slanted towards women this comic used to be (not like there's anything wrong with that; at least it wasn't the other way around…). In the current version, the ratio is much more even, but there's even more characters. I kind of mashed a whole bunch of tiny comic ideas into the next re-write of this. And then that got revised.

And then an alternate universe appeared. And they run simultaneously. In my brain.

I might upload a character chart. It's crazy stuff.

I'll stop boring you with this. Long story short, don't expect any updates on this, check out The Tale of Kazuki (my kind-of comic) and have a great day/year/life. :D