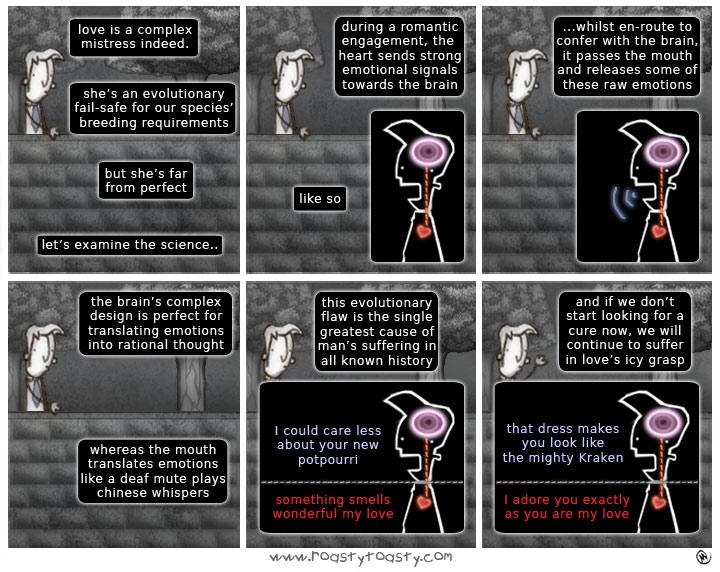 Iâ€™ve raised this a few times previously in comics and blogs and Iâ€™ll no doubt raise it again in the future as a reminder to myself to stop putting my foot in it.Iâ€™m pretty good at interacting in a conversation (and I can produce referees who will vouch for it). The trouble is when I try to interact with people that I havenâ€™t yet established appropriate boundaries with, I tend to cross said boundaries in a whirlwind of cultural tabooâ€™s and social faux pasâ€™.

Now I could tell you that itâ€™s because I moved around a lot as a kid and had trouble making friends, or I could tell you that Iâ€™ve been double crossed by too many people to let anyone get close, but as Iâ€™ve pretty clearly demonstrated (with diagrams I might add) it all comes back to evolution. Thatâ€™s not to say that I wonâ€™t be fighting it every step of the way, itâ€™s just to say that if I do put my foot in it, please understand that I mean no disrespect, itâ€™s merely science.

"I could care less about your new potpourri" lol :P