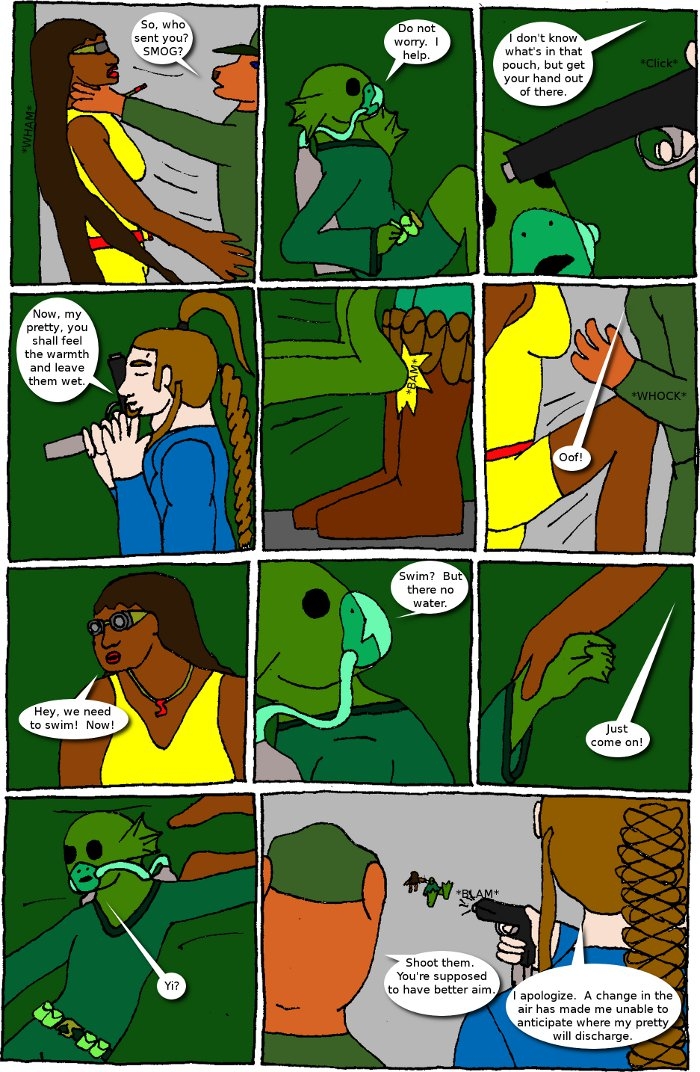 Onto the page at hand: The Gunman really is creepy, isn't he?  I only dropped some hinting dialogue before, but really wanted to get across the way he is with his guns.  He's the sort of mercenary people don't want to hire because he creeps them out.  Still, he gets the job done and my characters would be dead right now if he adjusted to the air being like water a little quicker.
Also, the Swimmer finally uses her power during the Caper.  And the Runner does try to use that utility belt, sothat counts for something.  It just leaves Eiderdown and Sparkle as the only ones not to use their powers yet in this storyline.  I also like panel 10.  The Swimmer now has a pattern of doing something like that to the Runner, doesn't she?  And he doesn't know her power, so it rightfully confuses him.
Panel 11 taught me that I'm no good at drawing braids, though.  The Gunman's hair looks so odd in that picture.  Serves me right for creating a character with a braid.

Yeah, air thick as water would throw off one's aim.

Yeeeessssss, my preciousssss. It makes the flashbangs. They'll never understands us, preciousss. The sorta bad guy that the other bad guys quietly inch away from when he's not looking. Always fun.