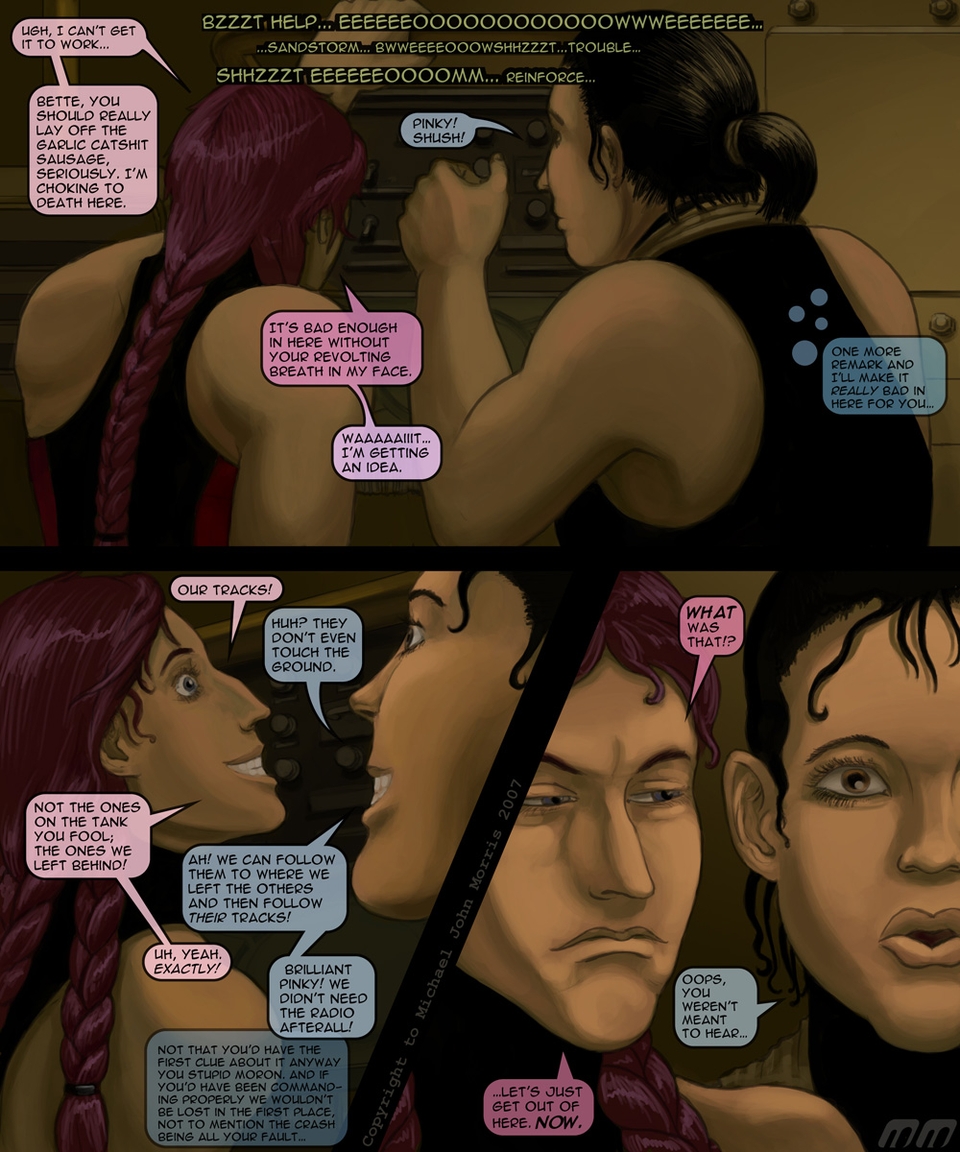 Looking good as usual. Good to catch up with Pinky after being away awhile.

Sounds like they have a lot of walking ahead of them... Coloring light over dark always feels good to me.

Ergh, it looks so cramped in there! I know I'd be uncomfortable. I love Pinky's face in the second panel, but I was wondering; do you base your character's appearances on anyone you know?

Damn... by mentioning it... The smell of the garlic catshit sausage came all the way to my nose... He he, another funny page :D

'garlic catshit sausage' BWHA HA HA!! Betty, have a tic tac. I think the story is moving fine. I know how that 'clunky feeling' is though- I get like that about my stuff. It happens when you have to set stuff up. But you're the only one that thinks that. It's great! ^_^

I get the feeling this can't end well. after all over the radio I caught bits like "help, sandstorm, reinforce".. hmm.

Man, they both sound like they're ready for a fight. XD I wonder if this will get ugly...

If you wish to insult someone, you really need to not whisper it to their face :)

Garlic catshit... Is that an australian delicacy or something? jk

the last panel, the expressions are awesome.

Now for some reason I wasn't thinking that that was Pinky standing next to betty but one of the others. Huh. I agree with Betty though she's not being very leaderlike. Great page as usual! LATER!

The second panel gives me the creepies... The crazy facial expression.

You know, by the rate of how often she comment's onBetty's pungent qualities, I start to wonder whether Betty smells at all ;)

Pinky gets what she deserves.

Great page! Pinky's reminding me of an ex girlfriend of mine though. *tears of sadness*