Last day to get your script in.  We do have some lovely scripts already, but do we have The Best? 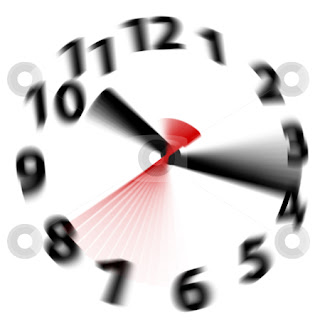 These things are harrrrrd to organise and manage. I think we pretty much lucked out with the DD soap, that just all came together and people keep contributing (Bravo is the backbone of the story writing), but it still take a lot of work to keep it chuffing along.

Once upon a time I was seriously considering doing a PHD on creative online community projects.
Seriously. I was.
That was about 2002, or maybe 2003…
Should'a done it!

Ladies and Gentlemen — Ducks of All Ages,

The Czarina is Thrilled to report that this year, the auspicious Year of The Dragon –  2012, we have not one script.  We have not two scripts.

Instead, we have, in full wondrous glory

They have been securely sealed and delivered to the Panel of Judges.  What will they decide?  We can only wait and wonder.  wonder and wait.

and artists.  Especially the artists.

Please send in a cover for the 2012 Drunck Duck Radio Play.

just post here, and link to the cover and.  done.
thank you!

please – as you were

(online) posts: 2,417 joined: 8-18-2008
Isn't it a much better Idea to wait until we know which Radioplay gets chosen before making a cover?
The feeling you get, right before you poop.
That's the best feeling in the world.

(online) posts: 2,155 joined: 8-23-2010
It is regretfully apparent that Some utterly lack the ability to comprehend the magnitude of demands that The Czarina faces on a minute-to-minute basis.  Thank heavens!  the Czarina more than compensates for this lack, and proceeds.


First, The Czarina wishes to acknowledge the invaluable aid provided by her Most Esteemed Regent of State (of the Radio Play):  skoolmunkee.  Thanks to this Regent's timely posting, the 2012 DD Radio Play now has TWO covers

These artists, peers of the realm, The Czarina is pleased to name: Sir Roy and Sir Carl.

Additionally, BE IT KNOWN, Judge DeathKlaww has stepped down to frolick elsewhere.  Frolick as you will, former Judge.

Meantswhile, Judges 11th Hour, Eddie the R, Hahahahahaha, Unnamed, and Wet Dog are tirelessly hemming and hawing.  So expects The Czarina.  And their efforts will provide you, the fair and fowl of DD, with a 2012 Radio Play!!

(online) posts: 2,155 joined: 8-23-2010
Judge Wet Dog has finished. The Czarina is pleased to have found a judge who so thoroughly considered each script.

We await the decisions of the rest of the panel.

My homebrew game site. Check out my releases; maybe you'll find something worth playing!
link
ayesinback at 8:31AM, March 6, 2012

NickyP wrote:
I wonder which character I'll be lending my voice to this time?

Well, Maxine McDuff is out, so you can stop practicing your falsetto.  XD

Tomorrow we will learn which one of our lauded Drunk Ducks will wear the 2012 DD Radio Play's Author's laurel wreath. Is it:

Kroatz (and did he or did he not use a monomyth?)

And the need for The Judges anonymity has passed, so saith The Czarina.  Fine Judges, permit yourselves to be known!  (or don't.  The Czarina will be revealing your identities tomorrow as well)
You TOO can be (multiple choice)
last edited on March 6, 2012 8:33AM
link
Kroatz at 4:32PM, March 6, 2012

Sure, it's been announced on the main page, but what's wrong with a little redundancy? And for that matter, there's nothing wrong with a bit of redundancy while you're at it! :-D

I for one found it VERY satisfying this morning to go to my neighbors' and destroy all their son's playmobil toys!!

CATHARSIS. And nobody got hurt!

Okay, I have to go to the toystore….

Banes wrote:
I for one found it VERY satisfying this morning to go to my neighbors' and destroy all their son's playmobil toys!!

CATHARSIS. And nobody got hurt!

Okay, I have to go to the toystore….

Thank god I didn't finish that script.  I'd hate to have had to kill you if you had tried to break my dolls, erm…toys.

I'm just waiting for the winning script to be decided so maybe I can start a comic adaptation of one of the scripts that didn't win?  How about it?  Huh? Huh?

Sure, it's been announced on the main page, but what's wrong with a little redundancy? And for that matter, there's nothing wrong with a bit of redundancy while you're at it! :-D

Aw, thanks.  I think.  I have to admit that if redundant ramblings were ever an art form, I would be an artistic Genius!

So -  it's Great to see other people posting in here!  and just why have I not been running commentary?

Because I was converting the word doc into jpegs - and I've finished.  So - YES!

For All To Read and Enjoy,  The Czarina gives you (having received it from He Who Wears The Laurel Wreath):  The Duck Always Rings Twice

which is an even better title than what The Czarina erroneously cited in the news post (Sorry about that, Gunwallace!)

So read up everyone! Learn these characters.
On Friday the passages will be up for the voice try-outs and you'll want to know your character, won't you. XD
You TOO can be (multiple choice)
last edited on March 7, 2012 1:24PM
link
Banes at 1:37PM, March 7, 2012

I WANTED you to! I was REQUESTING some redundant chatter!

…just in case folks miss the newsposts and stuff…and to get lively in this thread, now that I'm not being an anonymous script-submitter!

Hey, by the way ayes, big thanks for all that work with the organizing of scripts and judges and the converting of all those files and sending them and all that stuff!

…I know you have the lion's share of work still ahead of you, but mucho grazius for all the stuff you've done so far!

And congrats to Gunwallace!

My homebrew game site. Check out my releases; maybe you'll find something worth playing!
link
ozoneocean at 2:39AM, March 8, 2012

Why go for a fake when we have the real thing?
I'd LOVE to hear him do an over the top version ^_^

Why go for a fake when we have the real thing?
I'd LOVE to hear him do an over the top version ^_^

Because real Germans can't do funny German accents.  Compare Kenny Mars in Young Frankenstein with John Banner or Werner Kemperer in Hogan's Heroes. Someone who speaks in certain accent is not the best to do a broad comic interpretation of said accent.  Often they can't because their own dialect gets in the way because they are so used to hearing and interpreting the language that they can't wrap their mouths around an exaggerated comedic version.
There are a few exceptions but that's only after lots and lots of dialogue coaching.
We need Kenny Mars to coach Abt Nihil in how to do a funny German accent we might as well just get Kenny Mars.

HUGE OPEN door policy.  on the try-outs.  winning the role might be another thing.
You TOO can be (multiple choice)
link
NickyP at 4:34PM, March 8, 2012

ozoneocean wrote:
Banes does a pretty great “NickyP”, he'd be the perfect understudy. ;)

Yeah? I'm pretty curious to hear it now. Which quackcast was it? I haven't been keeping up with them for a month or two.

In the meantime, I'm liking this script. It's pretty funny!

My homebrew game site. Check out my releases; maybe you'll find something worth playing!
link
Banes at 8:43AM, March 9, 2012

It's in the last one or two quackcasts.

I know I'm psyched to try some voices! Waitin' with baited breath…are there specific scenes for the tryouts? Ayes is surely hard at work, like some feverish cookie-making elf, preparing all zee files and zee particularz!