(online) posts: 2,775 joined: 4-21-2007
Huh, interesting, though I wouldnt really agree with it. I dont typically see a great deal of comics with that level of detail today. There's still a very typical mainstream style that is a bit blander. Not to mention, there were plenty of artists back then that were detailed and yeah, typically didnt produce pages on such a regular basis.

more detailed artists take longer than less detailer artists, i'd be willing to agree with that, but I dont agree that it's something that hadnt been a factor before now. Look at the likes of Simon Bisley or Moebius. They were producing very detailed work and weren't constantly putting out comics. Could they make more than two pages a day when they were working? I dont know, and I'd like to know where the information comes from that “comic artists dont produce more than 2 pages a day” comes from anyways. Are they talking about professional, mainstream comicers? I'd find it doubtful a professional mainstream penciler/inker wouldnt be able to do two pages a day, unless, of course, they did work with such high detail, which again, I dont find typical and would argue isnt a symptom purely of comics today.

(online) posts: 3,333 joined: 2-24-2007
Detail is nice sometimes but expression, style, and mood are so much more important. If art was all about detail and accuracy, art museums might as well contain only photographs and photorealism. That's not to say a photo cannot create mood and make a statement, but simplicity can hold even greater effects when done properly.

I am a huge fan of animated films and indy video games. The ones that move me the most with their art are not mainstream style or realistically rendered either.

But I guess if the goal is money, then mainstream will sell better.

For past couple years I've notice new comic artist and their style leans more toward streamlined/ simplified style. And I wonder why that style. Maybe it was more of a ‘production’ rather than a ‘favorite’
link
bravo1102 at 8:34PM, Sept. 13, 2017

(offline) posts: 5,559 joined: 1-21-2008
It could also be the artist. There are some who can turn out incredible detail quickly on stuff they love, especially military subjects. Almost like it's second nature for them like they're driven.

You'd be surprised how an absolute love of the subject matter can speed up work, and how indifference can slow it down. You hate drawing boot laces so it'll take forever to draw them; love pretty girls, so that takes no time at all.

(online) posts: 28,030 joined: 1-2-2004
I think Pit has the right of it…
There were always detailed comicers. I was never a big comic fan but the ones that appealed to me most had higher detail. I especially loved the comics in Heavy Metal. The art there was highly detailed and beautifully painted. They've been doing that for decades.

(offline) posts: 330 joined: 12-27-2013
I remember working on the second volume of Girl Squad X, for which each page took exactly two days to produce: one day for pencils, one day for painting. If I had slowed from from that pace for even one day, I would have missed my deadline.
link
Emevsa at 3:50PM, Sept. 15, 2017

(offline) posts: 37 joined: 8-17-2017
Colour can also be a huge factor. I've seen plenty of comics that utilise just inking and quite effectively too, but when you introduce colour it can be a whole different ball game. It can take a great deal longer depending on the level of detail you're looking for.

I think the level of detail an artist includes speaks to their level of experience as well. It takes a lot of effort to include detail. Often times backgrounds or detail aren't included because the artist is still developing a style rather than focusing on world building and backgrounds. 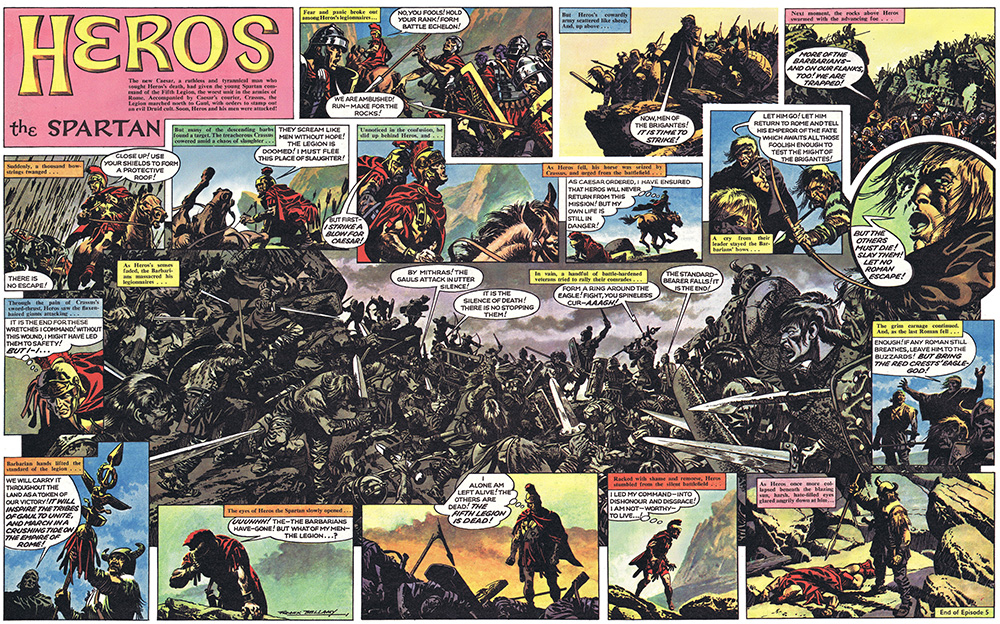 Clearly as detailed as anything you could find today and you couldn't crank out a page like that every day. I think it was more like a page a week, but the comic sold in huge numbers and they could pay well for that. I don't think many artists could afford to do this now.

Popular style changes between more or less realistic or detailed over time, but it's interesting to note the difference between what's popular in ‘mainstream’ comics and what's popular in webcomics, where there are no editors involved.