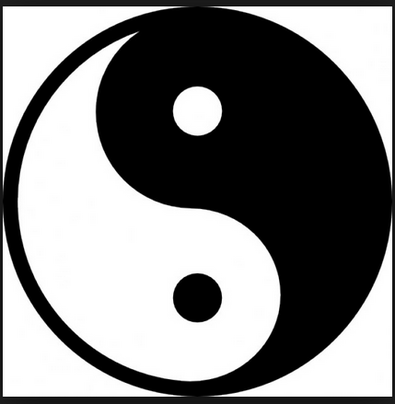 The first time I noticed the power of contrasts was in my friend's music. He's a massively talented songwriter, and aside from interesting melodies and chord progressions and powerful insights and images in his lyrics, he uses contrast a lot. Laughter and tears, being high but low, trapped but free…there was a lot of that stuff going on in his songs.

This was actually the inspiration for naming my comic "Typical Strange“ Those opposing words, at least to me, are somewhat compelling!

Contrast can exist in many forms. It can be as simple as good vs. evil, or a comedic or romantic pairing of ”opposite“ characters, or a marriage of two different ”realities": A normal suburban neighborhood is invaded by an unstoppable, insane killer. HALLOWEEN (I had to mention Halloween. I ALWAYS have to mention Halloween).

It can be a sane person in a seemingly insane world, or an extraordinary person in the ordinary world. See Brian in The Life of Brian or Forrest Gump for one, and Superman or Dracula for the other.

Contrast can also help with your stories. If you want to do a story about a character who becomes the Queen of the Fairies, what kind of character would be more interesting? Someone who loves fairies and fits in well with them, or a snarky wiseacre who doesn't fit in at all?

Maybe contrast is an obvious thing to many of you. It's something I hadn't considered until recently, although I tried to populate my comic with a mix of diverse characters that would butt heads in as many ways as I could think of.

Hope you have a fine Thursday!


from the Best of Banes Collection

I now want to write about a misfit fairy queen.

Great stuff again! I think I've subconsciously included elements of this in stories. In some coming stories I've got some ideas to consciously do so!!

I think the whole theme of my comic is contrast because it's a loose adaptation of Jekyll and Hyde along with duality.

We did a Quackcast on this! http://www.theduckwebcomics.com/quackcast/episode-226-the-power-of-contrast