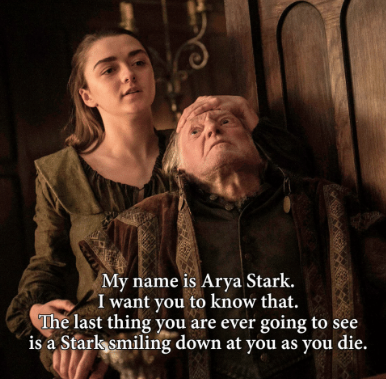 One of the toughest tropes in any kind of narrative work, from novels to comics to movies is the Sacrificial Lion - but not for what might be an obvious reason: having to axe a top tier character. It's because the trope is something that will affect and carry through even perhaps to the end of the story.

To quickly review what the Sacrificial Lion is, it is a strong, second or top-tier character in your cast that dies in a way that causes shock and awe through ALL of the surviving cast, be they sympathetic or antagonistic of the character that died.

The biggest point of a Sacrificial Lion is to basically cause all of the characters in the cast (and sometimes even the audience's approach to the story) to change in a significant manner. They aren't just a character that's there as fodder to showcase to the audience how mean the big bad is. They are there to be catalysts to the story one way or the other.

And in my opinion this is the hardest thing to do because after the initial shock of the death (or in some stories, grave permanent injury) ALL the surviving characters need in a sense to be re-introduced. While they have to still be the characters already established in the story, they also need to display through behavior and words that they are significantly different as a result of this experience of the Sacrificial Lion's death.

And this re-introducing of the characters is what can be tricky. First off, the scenes themselves must advance the story without breaking its momentum up until then, and still be constructed in a manner that will provide contrast in relation to how the character was before and after.

Second off, the character has to be recognizable in tone and range of behaviors, but evolved (or regressed) to a degree that is justifiable to the experience.

Third off, the stakes in the story are now quite higher, and the antagonists cannot underperform nor can the stakes be lowered before the climax. It's a game where you can only up the ante once the axe falls on the Sacrificial Lion.

But all the effort does yield great dividends from the aspect of narrative value: Stories can establish that anyone can die, the antagonists can be stablished as serious and intimidating, the surviving characters can be established as grounded and believable- and the Sacrificial Lion him/herself can shine through their absence, underlining the importance of their presence by virtue of what they could have helped with, prevented or foreseen, but aren't there now to do so.

Have you ever had a Sacrificial Lion in your webcomic and if so, how did it affect your story and your surviving cast?

It has to be done right, of course! I hated how Anne Rice killed off Aaron Lightner in the Mayfair Witch novels! He was a second tier character, but he presence was powerful nonetheless, and then how he died... *no spoilers if you haven't read them* Anyway, I haven't done this myself but I can't say it won't ever happen!!

Killing off leaders early is a story builder because others have to adapt, grow and change to fill the void. But the leader shouldn't be a built up major character. Lamb to the slaughter. He die like a lion and have regarded as a lion, but not built up too much. But then Ned Stark executed and then the red wedding left you agog. A great cliffhanger but that's when it's done right and that is rare.

No. Lambs to the slaughter, not sacrificial lions. That's like the whole mentor who dies early on. Way overused. Though it ban be good in a vengeance narrative, to always depend on that motivation can be silly. GoT dud it well. It took years before Arya avenged the Red Wedding. It wasn't a plot point for a long time. It was on the background simmering. Ned Stark's death only brings down the final curtain on the dynasty so the game can begin in earnest. That's a political story for you. Shakespeare did it. The patriarch John of Gaunt dies setting up the Wars of the Rose's. Its history. But it doesn't have to frame a narrative.

Nope. I don't like when stories do this. I won't entirely avoid a story or movie that does, but it has to be a hell of a good story to compensate for it. (I have family members that will not read/watch ANY story that does this, regardless of the rest of the narrative.)

I don't think I'll do this again very soon, though. I had a lot of qualms about doing this, even after it was done and I'd already got some very positive feedback, so I know including Sacrificial Lions can put more of a strain on your own nerves than you may admit to yourself at first. I'm saying this even now that I know that I really needn't have worried half as much.

In the case of my print book the issue of a sudden death of a likeable character has become a central plot point. It's not that everything revolves around it, but it triggers the story's thought-provoking part that quite a few readers especially emphasised in the feedback they gave me. In a positive way, may I add. The other characters' reactions are just hinted at in the artwork, leaving basically all of that to the readers' imagination, and my test readers said that this way I "got it just exactly right".