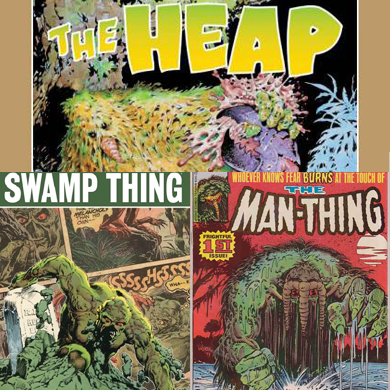 Inspiration strikes! A new idea forms, and you're really excited about it. You want to take your time, however– you want this to be great, and no great thing just springs fully formed from one's brow. For years you toil, tweak, refine, moving ever closer to the point where it's good enough to release into the wild. At this moment, it is the grain of sand in the oyster that with careful layers will become a beautiful pearl. It won't stop irritating you until you round it out, to stretch this analogy a bit!

One day,you are minding your own business, and you see it. On your social media feed. On your TV. The trailer before a movie. The blurb in the book reviews section. The advertisement on the side of a website.

Your grand idea, but by another hand!

Not quite an intellectual doppelgänger, but so close the two ideas could be mistaken for siblings. The major themes, the setting, and even some of the smaller moving parts, all applied in the same manner you worked out those many years ago when the idea first manifested. And worst of all, the real kicker, this stranger with your idea only came up with it recently, but they got it out before you did! How will anyone believe that you had the idea first? You were so careful to keep it under wraps because you didn't want your idea out there cross-pollinating with other people's ideas, and yet…
Independent creation does happen, and it's a very interesting phenomenon. It's protected in copyright law because it happens so often! With so many different people drawing from the same cultural influencers and media, it's bound to happen even with “original ideas” and non-derivative works. Big-name authors tell their audiences that under legal advisement, they cannot read fanfiction written for their works because they may accidentally pick up ideas and incorporate them. Avoiding fanworks altogether gives them plausible deniability. Perhaps that is preferable to the authors who ban fanworks outright, as some have notoriously sought legal action against fanfiction and even fan art. Ideas cannot be copyrighted, however. The way ideas are executed is what matters in the instance of independent creation. There's room for coincidence, but there's a thin line between eerie similarity and straight-up intellectual kleptomania.

For example, there are two popular “Dennis the Menace” comics that came out the same month of the same year in 1951, one in the USA and the other British! Neither creator was aware of the other, but it is a prime example of independent creation. 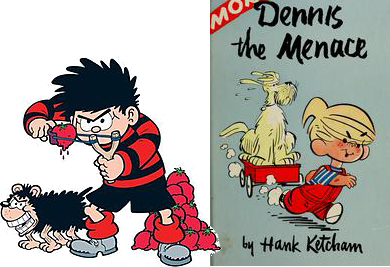 The title image I chose is another famous example, where Man-Thing and Swamp Thing came out within two months of each other, too close for one to have copied the other. The truth of it lies in the fact that both creators admitted to a source of inspiration– a character created thirty years prior, “The Heap!”
We see a similar thing happen in nature, and it's called “convergent evolution”. There are certain body forms that are well suited to a task, and unrelated creatures adapt traits that are nearly identical to another, especially in carnivores. People tend to mistake hyenas for canine, but they are related to mongoose! Mongoose are mistaken for weasels, but they are also not related! And stories are like an evolution on ideas that came before them, so it makes sense that sometimes an idea will adapt the same traits to suit the story.
Not everyone seems aware this is a thing that can happen, especially with a lot of undue importance put upon the need to be “fully original”. I see two gut reactions most often, one is panic and accuse the other party of SOMEHOW stealing their original idea, the other is to capitulate to the other party, giving up entirely on the enterprise. “What's the point if my idea isn't original anymore?”
Both of these are very negative reactions to something that happens in rather common occurrence, we just aren't terribly aware that it happens. You can't possibly read every book, watch every movie, or every TV series. And since we are here to talk about webcomics, well, you can't read every webcomic on Drunk Duck let alone everything uploaded on the other webhosts. This town (internet) is big enough for the both of you. It is not their fault this happened and neither is it yours.
If the knowledge of this other work obligates you to change some of the more blatantly similar ideas now that you've been made aware, then do so. You might either do this out of concern for the other author (avoiding risk of stealing their thunder) or because of a personal drive to be more unique. When your goal was to do something that hasn't been done before, finding out someone is already doing it rather defeats your purpose! Well, I'd like to stress that being 100% original is not as all-important as people make it out to be, and people will be forgiving if what you make isn't obviously ripping something else off. Heck, people will forgive you if it IS and it turns out good! Look at The Lion King for example, it got away with lifting a LOT from Kimba the White Lion, but it has deniability on its side when it can point out the legal differences (such as repeating the idea that it is retelling Hamlet and pointing out the similarities there as a diversion!) and gets away with it both legally and in the popular consciousness, so long as its difference outnumber its similarities. 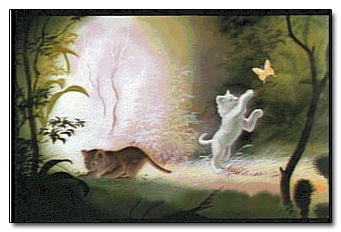 I'm more an advocate for sticking to your guns and doing the story you planned, regardless if someone got it out before you. Even if your influences are the same, you have lived a different life from the other author and have your own take on the proceedings to offer the world.
Though frustrating for someone who is trying to be unique, there's no use in getting mad at things beyond your control like this and taking it out on innocent creators who were likely unaware of your IP, especially if you haven't even taken step 1 to bringing it out for public view. Heck, if you HAVE had the comic out for a while and this still happened, perhaps you should reflect on how effective you've not been in getting yourself known. You can feel angry at the circumstances, but try not to be angry at the person. I have witnessed a tendency for anger not just with authors but with fans attacking works they perceive as “copying” ideas of their favorite author. I came close to receiving backlash when a comic with a similar title's fans caught wind of mine, and it took a link to the Internet Archives proving I had the name first to quell their anger. However, I did not flip this into accusing the author of theft of my title name, because I realize that it's a portmanteau that anyone else could have come up with on their own, much as I did. Being the first doesn't entitle anyone to hoard something forever.
I know it's tough to see what you conceived as your original idea being done by a stranger, but what matters in the end is how you do deal with this when it becomes a reality.

Next weekend we'll delve a little further into the subject of dealing with your IP double!

Funny enough, having creators steal my fanfiction/fanwork ideas never bothered me. I loved their work that much. What did bother me, though, was having them use my ideas and then give me the finger at my canonical pov (let's just say I threw a tantrum earlier this decade because a cartoonist subverted my ideal character trait all because he thought I was going TOO Lars von Trier with some of my fanworks). Oh and my finals are over. Do the monkey with me! ('_')>>

If a work has its own intrinsic quality being similar or even inspired by is not a problem to many audiences. In point of fact occasionally a creator can acknowledge those inspirations and get even more laurels for their achievement and spin on it.

IIRC the two Dennis the Menaces came out the same week according to one source I read.

Yeah, I had an idea about a guy who does stuff. Turns out other people had the same idea. Go fig? ;-)

With this stuff I think it's best to try and get your stuff out early so that even when someone comes up with the same idea at least you can't be accused of copying. Don't hide your stuff under a bushel till it's perfect and ready: get it up and out!!! There's no other way. And by the URL as well. Do it.

I read the British Denis the Menace first, but I honestly thought the American one was the original, I didn't realise they were fully independent. The British one is better. He's a gloriously evil bastard, not a cute bone in his body, no blonde hair or disarming looks, he's straight out bad.

Disney with Lion King... I will never forgive that hahaha! Mainly because I loved the original first- Kimba. And as well as bing a rip-off of that there's also lazy crap from their version of the Jungle Book thrown in.

Disney used my most painstakingly chosen story arc title (a script I wrote years earlier) for their insanely popular version of the Snow Queen fairy tale well before I could draw my pages. I was pretty bummed at first. Was going to use the title anyway, but it felt entirely commandeered at that point. It would never be mine. I made up a new one. (It's my current arc, now titled "Chills.")

This is a good argument for "If you have an idea, DO it! Get on it!" Because the idea is out there in the ether for other creatives to come up with. Great article.

Years ago, my brother and I had this cool idea about brothers who hunted various beasties and creatures of the dark. They were sons of a great monster hunter. We didn't really finish it, and I was stunned when Supernatural came out and was so close to that idea. A lot of the specifics were different but still!

Totally agree! I was shocked when I see a featured comic in Webtoon that is about vampires, has a female protagonist, she's a redhead, the vampire is a rebel, he has white hair.... At this point I freaked. Those elements are the very same in my comic. But at least the plot isn't the same or at least it seems so. Excellent article Amelius!