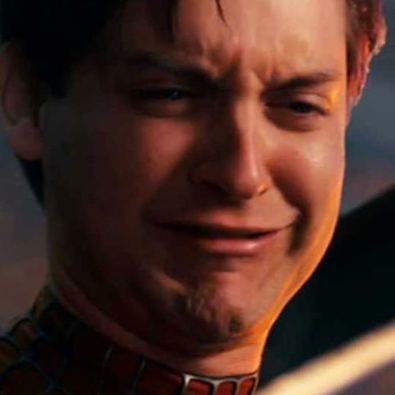 Throughout literature and modern media, many faults and drives for leads, damsels and villians have often been motivated by a tragic backstory so much so, that to employ one for your story may appear trite or cliche. There is, however, a way to use a tragic backstory effectively and can add an element of relatability to your characters’ development.

A way to avoid cliche is by not making the characters’ tragic backstory the focus of the narrative the entire time.

The death of Luke Skywalker’s family motivated him to join the resistance in Star Wars, Episode 4. This was his tragic backstory, however, it was not the sole focus of the trilogy. Rather it informed his decisions and made him relatable. Use the tragic backstory as a foundation for the character’s future motivations and reasons for why they decide to do the things that they do. This is a classic case of “show, don’t tell.”

Try not to make the tragic backstory your character’s defining character trait.

This ties into leaning on the backstory too much. Your character has to have other traits than being affected by the tragedy that had befallen them. Rather, what the tragedy reveal about their character? Did they become resolute and stoic or did they soften up and become kind? Difficult situations often reveal our true character so try and think through how they reacted to that awful event and what does it reveal about them as a person.

People take time to open up, particularly when an event has deeply affected them. They are not about to dump their entire life story at the feet of the reader. Rather, it’ll be offered in moments of vulnerability and often only a piece at a time. Maybe the backstory is revealed by other characters who know a small amount of what happened. By exploring a backstory this way, it feels organic and keeps the reader interested in what the characters’ deals are.

Despite grief and pain, people pick themselves up and keep going in some fashion or another. At times they may indulge in self-destructive behaviour or avoid the event altogether, but in some fashion they are waking up each day and moving forward. Demonstrating the level to which a character is resilient adds depth to the tragedy and their actions afterwards and can help ensure that the tragic backstory does not come off as trite.

How have you avoided a tragic backstory becoming cliche? Is there a type of tragic backstory that’s your favourite? Let us know in the comments below! And join us on Sunday evening for our Quackchat at 5:30PM(EST) where we’ll be talking about this topic!

I have a villain who rants a bit about what he feels was an injustice against him, but he was already a nasty person -- which was the reason for said "injustice," more used as a rationalization for some of the behavior he'd be doing anyway. (I'm actually in a conundrum atm because the guy has a very detailed history that I know quite well but don't know how much to reveal or when or how. No, he's not a product of tragedy.)

I made up huge loads of backstory for my character Gundula, so much that I couldn't tell a tenth of it within my comic if I tried. It's not particularly tragic, though, especially because I've always wanted to avoid that Freudian sh*t that started the cliché we're talking about here, and I guess I mostly did that, because it was kind of fun at the time. But then, who knows what it might be good for one day? It certainly did help me to get ideas I could eventually use.

The problem with tragic backstories is they're so overused, that even their parodies become cliché - you know when, say, you've got a supervillain who turns out to have become evil because his mother always made him eat beetroot and the kids at school laughed at him because his first name happens to be Clitis. Or something. But if you don't overdo them like that they may still be fun, or failing that, a way to explain the slight difference between an explanation and an excuse. Amelius' dark comedy approach seems to me a good example of how to pull this off.

I think having a grain of self-awareness helps. I purposefully go for things that are often cliche as a challenge. Several of my main characters have troubled pasts, and how they cope with trauma, mental illness and each other differently is a major part of the story. Some of them have revealed it over time or brought it up when it was relevant to current affairs. But Zeno just cold dropped his on two relative strangers after having a nightmare. The fact that he DOES spill his life story with little prompting is what makes it super awkward for his new housemates, who have to tip-toe around things they think will set him off in a fit. And later we learn the guy who has a generally "get over it!" attitude toward him has a pretty messed up past, too, and has not gotten over it. Overall though, my approach is sort of dark comedy in regards to the tragic pasts of my characters, sort of poking fun at the melodrama of it all as well as embracing it.

I think one good example of a tragic backstory done right was with Herschel from The Walking Dead TV series when he revealed he had an abusive father who was so cruel that Herschel did not attend his funeral and doesn't regret it. Yet, Herschel is practically a saint, he's a pacifist, he loves humanity and he's a loving husband and father. Or rather he was... the point is that he had a tragic backstory, but it didn't break him and he never used it his past as his scapegoat for being a prick (which he wasn't).

I really don't like character who are walking and talking sobs. They are cliche, boring and depressing. I understand everyone has sad backstories, but it's also important to show that people can become stronger and wiser. Not cold and hardened. I have two very tragic characters in my story, but you can clearly see their lives got better and they aren't mean because of it. Heck, one of them is a big sweetheart and still believes in people. You need to find balance with tragic backstories.

Very good stuff! I think I most go with this... with the slow reveals, and it not being the major defining element of the character, but it helps to keep these guidelines in mind!

I dig that scene, usually past the halfway mark in a story, where a character reveals the tragedy or wound that's been holding them back. When it's done well it gives dimension to the character and shows us why they are the way they are. In the end of the story they often get past it or at least deal with it better. That's more universal, for main characters though - I see a tragic backstory as something more unusual like a character who was orphaned after a tragedy, or raped, or something. Maybe it's something they never deal with, whether they stay "wounded" in the same way or it never affects them all that much (which can nudge them into Mary Sue territory). I don't know if this is right, but there is a difference to me between the Wound and a tragic backstory.

I adhere to this for the most part. Except one to still be introduced character that just can’t let go of their tragic past. So much so it gives them a constant tragic present. It saddens me that many of these things were done to death so much that you have to be so careful. Ham it up and don’t justify! Go all in with no remorse or shame! :p

Everyone's history contains triumphs and tragedies. How much a person spends reminiscing about either can say a good bit about who they are. It is especially telling when someone triumphantly moves on from a catastrophic event -- or when they obsess and lament over something small. If you want a despicable villain, you can't make him too tragic, but he might still have small annoyances that validate (in his minds) being vindictive.

My favorite "tragic backstory" was in the Charlie and the Chocolate Factory remake with Jonny Depp. Especially the scene where he comes home and the house is gone.

"This all could have been avoided if not for my mother. Why didn't she buy me a sled?" ... "You think maybe it was because we lived in Florida?"