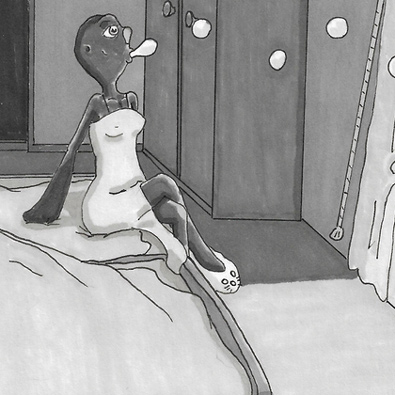 There are many anthro creatures in the world now, decades after Chernobyl bathed the world in mutagenic radiation humanoid animals have almost become a norm. Our story centres on Moly Lusc, a chain-smoking, sassy black streetwise seal with an attitude, a knack for survival and a bit of a ruthless streak for getting her own way. She also has an interesting habit of eating soap and subsequently a clever talent for blowing bubbles, which she uses in surprising ways! This is very much a neo-nior story, with anthro characters and a comedy flavour! The art is a work in progress but visibly improving as Andreas experiments with his style, it's mostly in tones of grey, all done with pens, only the lettering is digital.

It's a cool story!

I have been reading since day one.