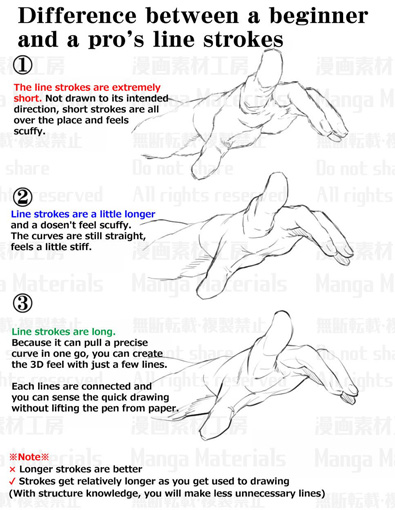 I've mentioned before in other articles how Twitter, and often comics/art Twitter especially, can be a total dumpster fire with flame wars erupting every two hours or so.

There have been many analyses on why this is happening, from efforts of established comic creators to gatekeep the field of print comic books to efforts of “groups” of various kinds trying to barrel through and/or gatekeep as well (it depends on who you ask), to “social justice” and “virtue signaling” and “deplatforming hate speech/racism/ -phobics” (again, all of this depends on where you stand and who you ask, barring some objective cases that aren't ever really part of a controversy, even on Twitter).

However the latest one caught my eye, and it alarmed me a little, I have to say, because it hits at the core of what artistic communities are all about: learning from each other, growing and honing our skills by getting feedback, pointers and tutorials from each other.

This is how I learned to draw what I draw- I never had the chance to go to art school, it was other, far better artists than me, that showed me how to approach drawing and comic making and taught me not to be absolutely terrible at it. (shush!)

Last week though, this general accord that artists teach other artists seems to have become undermined, at least on Twitter. An artist with great following for her posting tutorials on anatomy was effectively run out of twitter (she deleted her entire account) because she received massive attacks and bullying for the tutorial that I have posted as this article's image.

Do you find anything offensive about it?

Personally, I didn't. It was only after I read through various tweet threads that I realised that the issue people took with the particular image was that it was calling the nature of line strokes ‘beginner’ vs ‘pro’.

In short, people took offense at having short, less confident lines be called the mark of a beginner artist.

I don't want to enter into the argument of whether making lineart with shorter lines is the mark of a beginner or not; frankly, I don't find it something worth debating (though I do tend to think it's true). What concerns me is not that people disagreed or took offense per se: it's that they took offense at the word “beginner” and considered this tutorial that wasn't addressed at them in particular an attack on their art, and assumed their art was called trash, ugly or unseemly.

I am very concerned that they seem to think that being a beginner means the art produced is bad or less than noteworthy, thus turning the word into a slur.

In my opinion this is kneecapping progress. If people make being a beginner taboo, then you can't ask for help, pointers, feedback or anything like that in order to improve. You are either magically a pro or you suck (just as ..eh.. magically). And it makes artists who want to help choose not to because they are suddenly opening themselves to abuse and harassment because their support might now be taken as offense and an ‘attack on art style’.

I'm not sure I can offer any solution about the situation and how it's been progressively devolving as “cancel culture” and “offense and outrage culture” are spilling over into preposterous things that have no objective ground for taking offense that I can see. I just wanted to share my concern.

Being a beginner is something we all are in everything we start dabbling in. There's no other way to start. Staying a beginner though, is entirely one's choice.

"Being a beginner is something we all are in everything we start dabbling in." Well said, Tantz! "Last week though, this general accord that artists teach other artists seems to have become undermined" Yup, sad but true. In the 3D and concept art communities, people are more than glad when someone teaches some tricks for free. "Pro" or not. If it's good, it's good. All the content posted by the tech evangelists are always well received. Some communities like Zbrush forums (3D modelers) incentive tutorials and progress showcase made by its members. Same for Epic Games forums and other communities. My opinion? Teamwork. People in games and movies work in teams. Most 2D artists are lone wolves. It creates a (unnecessary) sense of competition.

"Neither let us be slandered from our duty by false accusations against us. Nor frightened from it be menaces of destruction to the government nor of dungeons to ourselves. Let us have faith that right makes might, and in that faith let us to the end dare to do our duty as we understand it. " A. Lincoln, Cooper Union Address, Feb 27, 1860.

And they wonder why no one is willing to offer advice or criticism for improvement. Any comment other than absolute fawning invites a burning port-a-potty in your page.

"In the beginner's mind there are many possibilities, but in the expert's there are few." -Shunryu Suzuki

and people wonder why I don't respect them, because they pull crap like this

Social media is just crawling with paranoid, easily offended narcissists. Clearly every word posted by anyone anywhere is a personal attack against them. There is literally nothing on the internet that isn't about them, and they have no room for improvement because they are gods. How dare you suggest otherwise!

-the social justice warriors. Nothing pejorative about that, I fought quite a few battles myself back in the day, but I knew my H.L. Mencken and Mark Twain and tried to do it with good humor as opposed to fighting fascism with fascism.

Semantics, it's just semantics! "Pro" in this context can just mean "having confidence" That's how I was taught. "Beginner" is just that everyone starts somewhere and as you gain confidence you lengthen your strokes. People are just so sensitive. But then I have my moments too, when I went off on some guy dismissing an older model kit "pretentious" and "So much better than the rest of us." But that was after he accused me of being the reason internet forums were such an awful place. The nerve. I'm one of few people who actually admits when they're wrong and I never dismiss anything out of hand. All opinions are equally worthless. Eighty-five percent of everything is garbage but everyone thinks they're in the 15% because no one knows how to truly judge the worth of anything because we're all incompetent. So the best you can do is laugh at the silly behavior of the species and move on. That's why I'm increasingly drawn to parody accounts on Twitter. They say ridiculous things that echo-