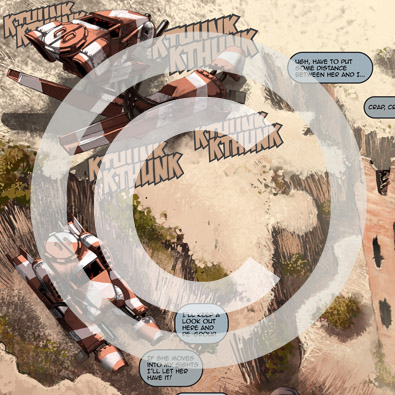 Copyright! What is it?

You’ve heard of it I’m sure. Do you know what it is? I’ll explain: it gives you rights over things that you’ve created so others can’t just steel your hard work and use it for themselves. It doesn’t apply to everything you make though- you can’t copyright fashion designs for clothing, you can’t copyright the work of other people, public domain work, or generic things. You can only copyright stuff that’s original or has had enough changes so it doesn’t closely resemble whatever inspired it.

“Trademark” is slightly different. I won’t get into that because I don’t know enough, but it costs money, it’s NOT the same as copyright and doesn’t give you the same protections


Modern copyright and why it is what it is:

Different countries all used to have different copyright laws and you had to specifically copyright your creations in the countries where you wanted to make money from them, or someone else could actually steel your work and copyright it ahead of you in that country, this happened a bit in the old days. You had to pay to register copyright and send letters to yourself and all sorts of stupid crap to prove the day of your creation. These days copyright is governed by international agreements so you don’t need to register in multiple countries, you do not need to register at all actually. Whatever you create (as long as it’s original enough) is automatically protected for a very long period of time: your lifetime and then about 70 years or so after you die. I think the reason for this was supposed to be so Disney could retain rights over Micky Mouse. That’s the story anyway.

There are some limitations to copyright… it will eventually expire after you die. There are many old movies and comics online that you can see for free because copyright has expired on them. The reason for this is so we don’t lock up our culture: things can be used and changed freely by all and contribute to the cultural conversation once all the money has been usefully extracted from them!
But there are some shortcuts to get around that, namely satire and parody: Under the definition of those you can include parts of copyrighted work in your own work, as long as you’re making some sort of comment on those things.
But BEWARE! If you were ever challenged on that it can be difficult to defend against because there is no good legal definition of parody. It’s up to the courts and precedents. There are other issues with the legal side but I’ll get into that later.


What to do during disputes or issues:

The whole thing of you automatically having rights over your original work is not as simple as it sounds. What if you worked as part of a team? What if you worked for a company at the time you created it? Were you freelance, contract, or a salaried worker…?
Generally if you’re working for a person when you create your work then they get the rights to it and not you, but it depends- if you’re freelance you can have a contract signed and agreed to by BOTH parties defining who gets what. You might only give your employer a license to use your work in certain ways but not ownership; this is what many photographers often do.
But what about working as part of a team? All the parties could claim rights then so you will need a contract that you all agree on concerning who has rights to what. If someone decided to take the lot then you have VERY good grounds to dispute that in court. Each person should get a copy of the contract and have it notarised etc.

It’s not all smooth sailing; copyright depends entirely on the strength of the enforcement and the ability of a copyright holder to defend their rights. That means courts and courts mean MONEY! Because of this a wealthier copyright owner has more chance to win in a dispute, they can afford better lawyers and can also afford to pay them for longer and keep going back to court. For this reason you should pick your battles wisely! Don’t infringe the copyright of a litigious company, be very careful with what you parody and how much you parody, don’t build your livelihood around making money from someone else’s copyright. And remember that if you get in a dispute with a big company, it doesn’t matter so much that you are in the right if you are forced into bankruptcy and become broke because of it! You do have options though: there are institutions that will help you out and try and protect your rights and there are ways to crowdsource funds to help you, through something like Indiegogo, as the website Snopes has had to do.

There are ways to use copyrighted work in a sort of a grey area: fan-art and the fan commissions you see at conventions where all the artists are making money off of copyrighted characters that fans pay them to draw. The copyright holders are within their rights to sue these artists, but they generally don’t for a couple of reasons:

1. Fan art and commissions are basically free publicity for them; it spreads recognition and good will towards their creations so a smart company allows it. But within limits! You can’t be putting that art on T-shirts and making too big a thing of it. Also, if your art diminishes their own hold over their copyright because you make it too generic they could lose their copyright (it will be too hard to defend), so they will go after you to nip that in the bud.

2. If you’re too small to bother with then they will generally stay away. Courts are expensive for everyone, even the wealthy, so for minor stuff like commissions they generally won’t go after you, because then they’d have to go after everyone and they could only collect a pittance from each. This goes for webcomicers using copyrighted characters like game sprites. You’ll generally be flying under the radar. At most you may get a cease and desist letter. But whatever you do, don’t push it.

Have you had issues with copyright? What have been your experiences?

-Ozoneocean filling in for a sick Banes

you say of the international thing that automatically gives lifetime + 70 years. but what happen with countries with a lower, more reasonnable number than that? 50, 30 years instead?