Cause and Effect Writing Exercise 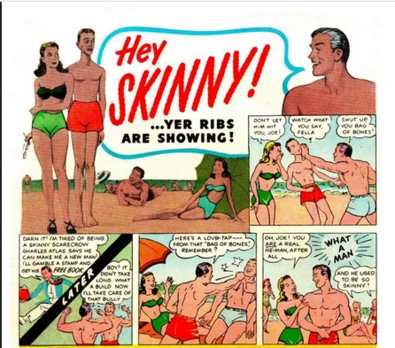 classic tale of cause and effect!

Our very own Pickle-Face made a forum topic on the Duck, asking people to create a basic ‘cause and effect’ statement on their comic.

The structure goes something like this: Say what happens, and then what the effect is in the story. This is a writing exercise that I've worked with a couple times before, and it was cool to see it in the forum! I wish I'd thought of it, but happily, I have this Newspost to do, so it was a good opportunity to steal her idea and use it here!

Like I said, I've worked with this kind of process with some of the stories I'm putting together, and it's HARD! It's WORK! It makes smoke rise outta my ears. But it's worthwhile. It's part of “preproduction” on a story structure, to see if you know what you're doing with the story you want to write.

An example of the equation: A massive asteroid is detected on course for Earth (cause), and a group of oil-drillers go to the asteroid's surface to destroy it (effect).


To me, I'd add the wrinkle that a well-structured story has to have ACTION by the Protagonist as the “effect” part of the equation. When I wrote that one for Armageddon initially, I wrote it like this:

An asteroid is detected on course for Earth, and the Military sends a group of oil-drillers to outer space to destroy it.

Now this is technically true in the movie, but including the Military detail makes it passive (the drillers ARE SENT) and it overemphasizes their role in the movie; it's not about them; it's about the drillers.

I contributed to the forum (link below) with two of my stories that I thought held up:

When a slacker is brainwashed into fatherly love for a pint-sized agent, he puts his own life in danger to help the cranky lawman in his mission.


When two slackers realize they're living in a comic book, they battle the nasty writers to prevent their own deletion.

Like I said, this is hard work when developing a story.

But at least for me, pointing out the failings of stories that are already done is not so bad. It's kind of fun!

So, some other Typical Strange issues that show their story weakness by this process:


When the new boss decides to fire his buddy, a clerk offers a couple weak efforts to change her mind, and to encourage his buddy to be less obnoxious. Eventually things work out by happenstance.


A local babe dates a shlubby clerk to make her boyfriend jealous. He goes along with it and has a miserable time.

-Typical Strange #2, “My Date With Harley”


Don't get me wrong; I like those stories fine. They got the comic off the ground and they might even be pleasurable to read for some people. Also, they are mostly there to introduce the characters and relationships. Still, they could've been sharpened up a LOT.

Many thanks to Pickle-Face for creating this topic and giving me something to write about.

Is this an exercise you've tried with your comics, or something you'd care to? Do you ‘test’ your story ideas in some other way when you're working on them?

contribute to the forum thread:
https://www.theduckwebcomics.com/forum/topic/178404/

it gets like that for me too, to be honest. It's kind of fun to take something and develop it from there. Watch it grow like a mold, lol.

I often do to get myself excited about what I want to do. Motivation. And keeping it simple so I don't lose myself and grow discouraged. For me it's like that.

hey Banes, thanks for posting about this! It's cool to see it being applied in a useful way! Sure it shouldnt be applied in a "strict" way but I think that if one can avoid being strict about it, it can have some really interesting uses as far as interpreting a plot line. What happens when you write it from the perspective of different characters? Or how many different ways could you write about how that cause and effect are expressed in the story? but I also dont think the critical aspect should just be side stepped. I think you are 100% right for bringing it up because it can be useful. Say you have a story, but it just doesnt click for some reason and you cant figure out why. sometimes boiling it down to the very bare bones can help you figure out why its not working for you as a writer. Yeah, it shouldnt be used as a strict policy for giving worth to a story, but I don't think we need to completely disregard it. I think it's good that you've brought it up!

Boy meets girl, boy romances girl, boy loses girl, boy overcomes all challenges to get the girl back. Cause is motivation, effect is what is done because of that motivation. Guy enlists in the army and reaches deep within himself to make it through his training and discovers inner strength he never knew he had.

The elevator pitch should convey the cause and effect to illustrate the dynamic action of the story. The cause and effect better entice or honestly one should find another vocation. The old "don't quit your day job" line ;) What happens, what changes, what moves the plot and motivates the characters' action. The cause is what makes the character perform the action. It can be a reaction, or just a response, but it still happens.

The elevator pitch is different imo. It's supposed to be a hook, an enticing yet brief taste of what is in the movie/book/comic. The cause-effect sentence is not aiming to entice you, but to establish the action/reaction stages of the story in broad chunks.

It's a well known writing exercise so the writer can distill their verbos, picaresque, beloved narrative down to something that can be slapped on a book's spine so that they and their readers understand just what is being said as opposed to endless prose wandering. It's also the famous elevator pitch. You gotta sum it up in five minutes. If you can't, maybe the story isn't worth telling because it's just exhausting exercise in endurance as opposed to something someone would want to see or read.

I think there's a reason why it's so hard for writers to write loglines of their stories- stripping their story down to the absolute bare bones is hard and it might not be feasible when you are viscerally involved in the story. You must be a little removed from it, see it from the perspective of someone outside looking in to do it. Same goes for cause-and-effect sentences. They are harshly bare bones and usually very boring, depriving the story from its essence that you worked on so hard. I'd say those stories in Typical Strange have several cause-and-effect sentences in them, whether you easily see them or not. Well done article!

Hmm, I'm actually afraid to do this task to my writing, but I will.

I think you summer that up very well, as well as all the story summaries! 😁 I like how you examined the structure and point out the passive and active aspects, it teaches you where the emphasis should be.

I don't see it as a hard and fast rule, either. It's a handy tool to use. But maybe I'm way off track in how I expressed this. Thanks hushicho, I appreciate that.

This seems very questionable to me. I do think it's important to try and understand the effects that things have on a story, but I don't think there's anything wrong with those Typical Strange stories you summed up. There's just not enough that can be examined by anyone but someone who knows the stories very well in the first place, and there's nothing wrong with those summaries. Additionally, I think it's kind of a very subjective thing to quibble about active or passive details in a summary made for you to use. As long as you're aware the drillers are the main protagonists, that's probably enough for you to examine the story, in your way. I'm just not seeing this as such a strict, rigid method being much use other than a casual consideration, and it's too dependent on many details to lend itself especially well to such extreme distillation.