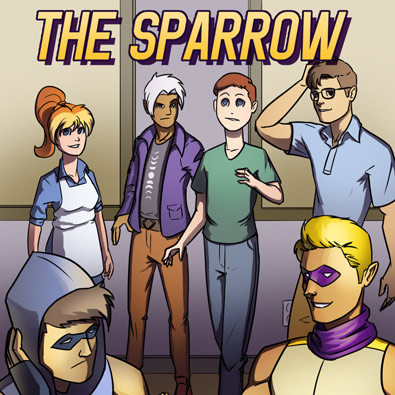 We've talked about superheros being like gods, setting themselves up as gods, and maybe even some of them being gods, but what if they all were? Demigods that is, coming from a celestial pantheon? That'd mean their enemies are probably similarly mythologically derived… that's the story here with The Sparrow. This young man finds that he's the son of the sun god Apollo and he has control over solar powers. It'll be fun finding where mythology, fantasy and superhero fiction cross over here in the superhero webcomic! The art is slick, full colour and digital. The story is giving us a nicely paced intro. It's Superhero, urban-fantasy, and action!