To Explain Or Not 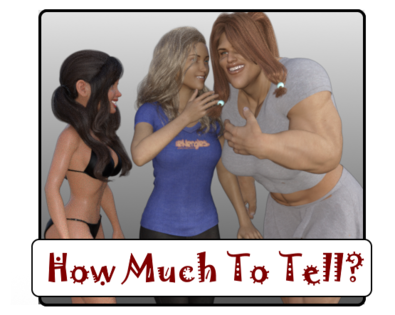 The other day I happened upon a movie called Primer from 2004. It's well regarded for how original it is and also for being made for only 7,000. That's a shockingly low price, even for low budget films.

I enjoyed it, though I found it a tough slog for the first 20 minutes - and it's also an incredibly short film, less than 90 minutes. This thing is an amazing achievement for such a low budget - it never looks cheap or shoddy. Another interesting thing is the style of dialogue and acting - it strikes me as very real, with people speaking over each other and never seeming to be delivering exposition to help the audience understand what's going on.

And apparently that was deliberate; the creator wanted the movie to not explain things to the audience. He wanted them to have to catch up with what was going on, and even have to watch the film multiple times in order to understand everything that happens.

For my part, I won't spoil anything in case anyone wants to see it fresh, but I was keeping up (or eventually catching up) until maybe the halfway point. For anyone who's seen it, it was the scene where the two main characters are being followed in the car by someone. From then on I was completely lost. But still interested enough to finish it.

Anyway, it struck me as a very different approach to writing and filmmaking. This creator wants his movies to be puzzles to some degree, it seems. It got me thinking about how much explanation I choose to give in my own comics and stories. I'm definitely toward the opposite side of that spectrum from the Primer guy.

Although I've tried in more recent comics to pare down the dialogue to a minimum to make it easily digestible, I still try to make what's going on understandable to as many readers as possible, even if the current page is the first one they've read. Of course, I don't explain the whole story on every page (all the other pages are right there to click back to if someone chooses) but a LOT of my effort goes to having the story make sense on first reading. I remind readers of earlier events when I can, before they pay off, and even explain them after the payoff sometimes.

I'm not sure overexplaining (even with very few words) is the best way to go. My favorite show, Better Call Saul (please come back soon!) lies somewhere in the middle. It requires viewers to have a memory of what's happened in previous episodes and seasons and some insight into what the characters might be going through psychologically, not to mention remembering the previous series Breaking Bad and what happened there. Not remembering certain things about these shows will leave some audiences in the dark about what's going on and why it matters.

Personally, I find it pretty natural to remember the broad strokes of both these series, and the show compels me to think about the possible psychology behind the characters' actions, In a well written show, it's quite satisfying. I enjoy thinking about it as deeply as I can later and trying to figure out what might be making these characters tick.

But I haven't had the guts to take that approach in my comics - too afraid people will tune out. I know how easily bored I can get!

As for Primer, I didn't want to work that hard by watching over and over (although I did enjoy the movie). I went to YouTube and watched an explanation video where a fan took a shot at explaining everything. It all rang true to me - really cool way to enjoy a complex story! I did the same after David Lynch's Mulholland Drive and it helped as well.

Do you feel compelled to ‘fill in the blanks’ for your readers, in dialogue, narration or author notes?
How much do you expect your readers to catch up to your story and what's going on in it?

My natural tendency is to explain everything. My wife edits out most of the exposition before it gets released. She still thinks I leave too much in. But I know what's been left out. I like big complicated worlds to play in. It's usually enough for my readers to know that there's a big complicated world; they don't need me to give them all the mythology. In the non-webcomic version of Dragons in Civilized Lands, each issue has a prose story or essay. Usually these claim to be excerpted from a larger work. And usually, I have actually written the complete larger work. In the persona of another character. The other side of that, though, is when I'm pretty sure I've done plenty of foreshadowing before a big reveal… and people miss the big reveal. It's like there's a world there to find and explore, but there's also a fairly straightforward story on the surface. I find if people like the characters, they'll follow you on the story, even if it doesn't seem to make sense.

Incidentally, while I do believe that many readers don't pay a whole lot of attention to the detail we put into our work, I also don't think the solution to that is oversimplification. If they're not going to be engaged, they won't be engaged by any means. Might as well tell the story you want to tell, try to make it the best you can do, and don't worry so much about the audience. If they can't deal, so be it. They weren't likely to be much support anyway. Save your effort for the people who actually care and whom you care about investing in your work.

I'm fine with whatever, most of the time. What's important to me is if I actually want to put myself in this situation and figure out what's going on, but if I do, that's just another part of the reader's duty in participation of the work. Highly artistic works don't often explain themselves, because the reader or viewer is supposed to figure it out for themselves and give meaning from a personal place. That said, I am starting to add little fun facts in some of my comics, since it would be silly to shove in conspicuous explanations that the characters should already know anyway. Better to provide it out of the narrative than to tank the narrative to explain childlike to a reader, I think.

I agree with usedbook. Subtle and vague stuff doesn't work with webcomics in my experience. I think most readers read the pages really quick and don't have time to analyze every page before moving on to another webcomic.

In my experience, webcomic readers don't usually want to dig for hints. The few times I set up a mystery, I would put out increasingly obvious clues leading to the "reveal." In most cases, no one tried to guess the mystery/twist before the reveal, and no one commented on the reveal (or maybe one person). I still do it for my own enjoyment, but I can't tell if I'm a bad storyteller or if people just don't like giving feedback. I really feel like a terrible failure when I try to be clever, and I feel like it comes off as vague.

It depends on my mood if I'll enjoy a story like that. With Mullholland Drive and Donnie Darko I had no trouble and enjoyed them a lot. My mind naturally fills in all the blanks easily. Sometimes though it can piss me off and I just quit XD

I find myself somewhere in the middle I think. I do aim to make my stories as comprehensible as can be, while at the same time trying to leave a few things open for the viewer to speculate. The whole dilemma brings me back to one of my favourite video games and fictional inspirations of all time, Killer 7. The storytelling in that game is next to utterly incomprehensible. It's the kind of storytelling that may just be complete utterly, meaningless nonsense, and yet, it throws enough info pieces and symbolism your way, and takes itself serious enough, that you want to give it your own interpretation for what it could mean. It's the ultimate "what do you think?" narrative puzzle plot, and it doesn't hurt that it brings a lot of style to it as well. It's a game plot that inspired me deeply, but I'm not sure if I'm good enough of a writer to pull off anything exactly like that. But if you wonder where a big portion of my comics weirdness comes from, there's you answer^^

First draft nothing is explained. As the rewriting goes on I'll add it in because I don't remember the references. Creating a whole new world sometimes the characters take it all for granted and other times explain it all for the benefit of a character who doesn't understand the references. Like I can rattle off EBE or DARPA but how many readers will know that the first is Extraterrestrial Biological Entity and the other Defense Advanced Research Projects Agency?