(offline) posts: 58 joined: 1-4-2006
I was thinking of doing a community project again this summer. Usually, it’s a team sport between different DD creators, like the Beach Volleyball game. This time I’m thinking of making a card dueling game, based on Star Wars Epic Duels, but featuring DD characters with art we do ourselves.

We can discuss it further on the Goblin's Lair Discord

Some examples of cards the cards: 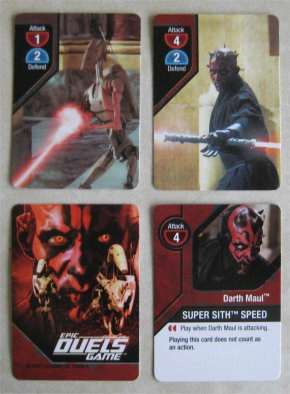 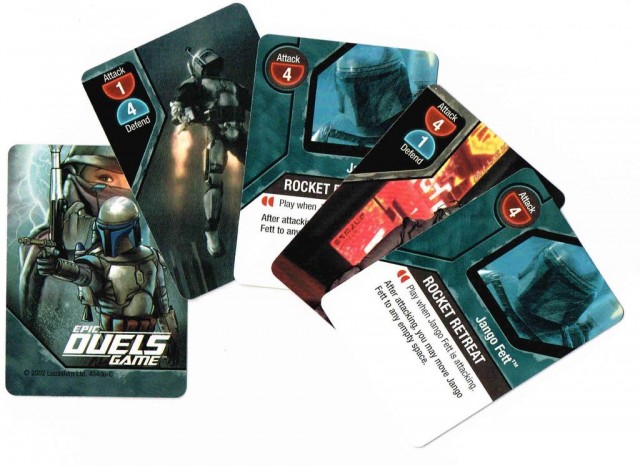 are there open licence rule templates that could be used?

a card template design competition could be done, or maybe just a vote on a layout.

(offline) posts: 58 joined: 1-4-2006
It doesn’t need to be anything more than an art project, but it would be fun if we could get a few playable decks made. Holding a contest for the template is a great idea.

For our purposes, I will get rid of the Minion characters, and the movement aspect to make it a card game. This also means we’re reducing the card count from 31 to 22.

The gameplay is based on a card-centered combat system. Each set of characters has its own deck of 22 cards. There are three types of cards in the deck, Basic Combat Cards, Power Combat Cards, and Special cards. Each player maintains a hand of cards from their respective decks that are used during the game.

Basic Combat cards have two values, one for attacking and one for defending.

Power Combat cards have combat values and additional effects that give the characters special abilities.

Special cards that allow the characters to do unique things such as extra movement, drawing/discarding cards, and additional damage.

Similar to the Naval Wars card game I played in college. You'd be dealt ships and then attacks and specials.

When I was teaching about the Middle Ages I made up a feudalism card game where the player was dealt fiefs that could be traded and also got event cards and attack/defense cards to grab a fief from another character.

(offline) posts: 113 joined: 10-4-2007
I rather like this idea too! If we could find something like a template or some usable code, we could potentially make a really exciting game out of it. I'll bet there's probably something out there that could be put online, browser-based so platform-independent, and it could get our work and the Duck a lot of new fans!

(offline) posts: 58 joined: 1-4-2006
There is actually a big community of Epic Duels players still out there that have been making content. Including free Deck Designer Software and a Card Template I've been reading up on it, but I don't want to overwhelm people with details. We should make our own thing.

How about we start with Card Templates and art for Basic Attack cards?

I personally like the Basic Attack cards from the original game, because they show off the character art. 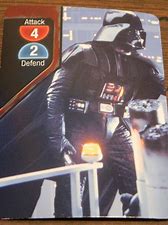 Let's sketch out some ideas for the template and vote on it.

We can discuss it further on the Goblin's Lair Discord

(offline) posts: 113 joined: 10-4-2007
I don't generally join Discord servers, so I hope you'll post updates here to let the rest of us know. It would be great to work on a project like this! So much fun.

hushicho wrote:
I don't generally join Discord servers, so I hope you'll post updates here to let the rest of us know. It would be great to work on a project like this! So much fun.

I understand that. I barely use that channel myself. Just a way of having a live discussion if the need comes up.

The good news is the Deck Builder software is quite good and easy to use. There's no need to make our own templates. We just load up our images and then we can resize them and move them around as we please. It even has the basic structure for the 4 character types.

The minimum art required would be:
1 action pose for Basic Combat cards

If you wanted to do more images, you could have a different image for high damage attacks, or higher defense.

1 close-up for Talent and Health Sheet.

1 action pose for the card back.

I have a few art things to do before I can get to this, including the Anthology, but I should have something up soon.
link
hushicho at 3:40PM, May 21, 2021

(offline) posts: 113 joined: 10-4-2007
I'm not sure if that would work well, since the whole point of having a template is working from specs that someone else established and set up in said template. Perhaps we could at least have an example template in, say, png or something accessible like that, and we could work from that to create our own?

hushicho wrote:
I'm not sure if that would work well since the whole point of having a template is working from specs that someone else established and set up in said template. Perhaps we could at least have an example template in, say, png or something accessible like that, and we could work from that to create our own?

Sorry for the confusion Hushicho. I meant that we should submit templates and decide which ones to use.

All we really need to play are Battle Cards so we can make a template for that. 2:3 ratio with a transparent background, so if a playing card is 2 in wide, it will be 3 in tall. The actual art will be 1080 x 1080 so that the art can be moved around a little. 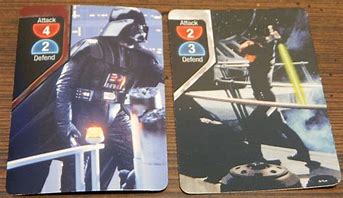 Just updating things. I have more time to work on this now, so I'll start posting some things soon.

1) Considering using the game Unmatched as a basis, it's similar to Epic Duels but has a more current active community. It wouldn't really change anything but some of the math.

2) Do we want to fight each other, or play a sport? It could be a Dodgeball game for instance.