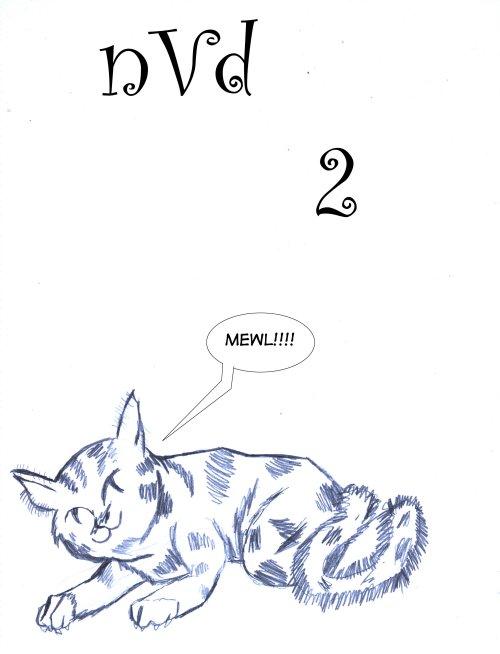 And so begins season 2 here in Drunk Duck! Actually, season 2 was much better recieved critically than season 1, but didn't have nearly even half the views that season 1 had in it's original run (at least locally, in DA it was quite the opposite, season 2 got more views than season 1 had), go figure XD Season 3 starts tomorrow also with just a “cover” as well, let's see how that fairs around here in PR. Anywho, hope you'll enjoy season 2!!! Here's the “cover” (actually, it's the first time I even did a cover for season 2 lol). Next Thursday strip #1 will go up, hope you look foward to it! By the way, the cat here is actually a cat I used to have, named “Gato Willy” (aka “Loco Willy” XD)! He stars in perhaps the most acclaimed strip of both seasons so far (you'll all see at the thirs strip when it goes here lol).
Freakeh: Lol, yeah, I guess, that looking back at some of the stuff while I was doing the strips it kinda made me reflect on how much I've changed through the years XD; Frail: *huggles back* Thank you! =3 I hope you like this season as well! XD

Awww adorable kitty! In -blue-! Yay! With that -last- strip of nVd, I cannot -wait- until Season 2! I cannot comment much on your growth, not having known you from years ago, but I can see what you have grown -into- thus far and I know you should be proud of who you are because of that. ^-^