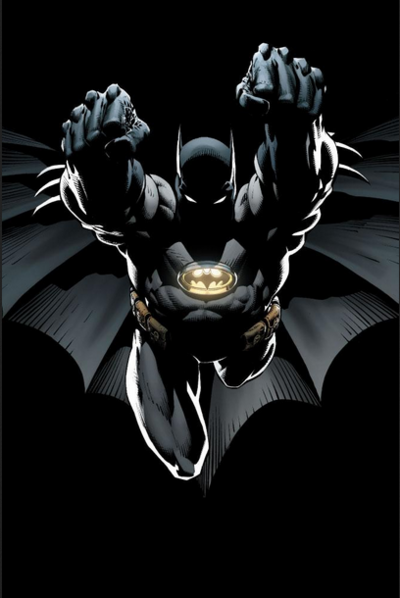 May 2019 is right around the corner, and it marks a massive milestone in superhero comics - the 80th birthday of Batman.


See the 80th birthday shout-out post to the Man of Steel here:


Superman is, historically, one of the ultimate White Hats.

Batman's the other guy.

With a very grim origin story, some antisocial tendencies that put him at odds with other heroes, but with a dedication to justice and rightness no less than any other hero, Batman was maybe been the most influential character in comics for several decades.

And he did it with no super powers. Just a tireless dedication to training as a martial artist and detective, and an impressive set of gadgets, put together with an unlimited budget. 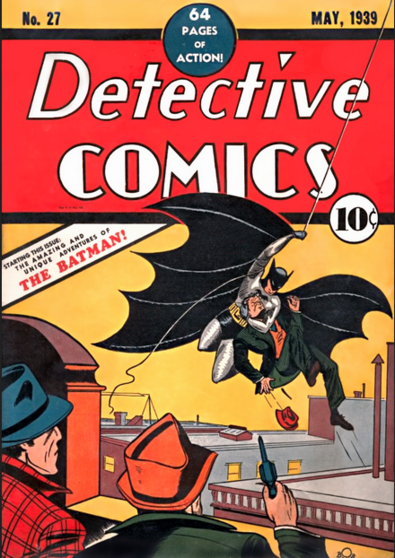 In Detective Comics #27 in 1939, the Dark Knight first appeared. He was grim, he was dark and different (he even had a gun in those early stories!). It's hard to say, if Batman had never existed, if we would have had a Wolverine. The Watchmen. Lobo. Deadpool. So many dark, dangerous, brooding, anti-hero types were influenced by Bats.

He had his own inspirations, of course - characters like the Lone Ranger, Sherlock Holmes, Zorro, and many others would have combined with various noir-pulp heroes to create the man.

Here's an interesting article that lists some of those influences, (including a famous vampire that I never would have thought of as an influence, but in seems obvious in hindsight!) 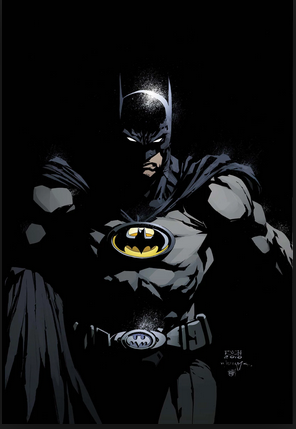 The non-super powered hero. The master detective. The billionaire secret identity. The tragic backstory that resulted in a driven, damaged guy with an obsessed pursuit of justice. And the iconic visual design. It's a package that works brilliantly. And as much as it's been imitated, it's certainly never been topped.

Also brilliant is his noir/gothic home city of Gotham.

Not to mention he's got one of the great rogue's galleries in fiction. Catwoman, Bane, The Penguin, the Al Ghul familiy, The Riddler, Two-Face, Solomon Grundy, Poison Ivy, Harley Quinn…

…and of course, the greatest Nemesis in comics history. The iconic Bat-Mite! 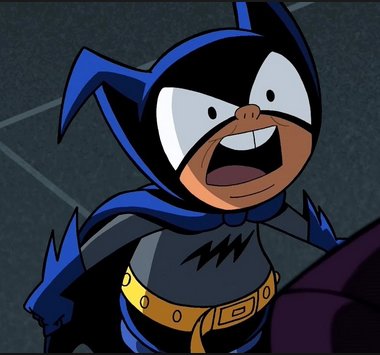 He was cheerful and satirical on his legendary TV show, noir-infused in the early comics and on the radio, angsty, mature and serious as superhero comics got in the 80's and 90's, and a movie icon, finally, in 1989-96 or so, as well as a fantastic Animated Series in the 90's …and a cinema icon again in the 2000's, culminating in the movie The Dark Knight, one of the all-time great superhero films.

He's had his ups and downs.

Batman is not on top of the world like he was for so long; after a long run with him at the top, things have swung to the more colorful heroes of the Marvel Universe. I love those heroes, and it's great to see them get their due. 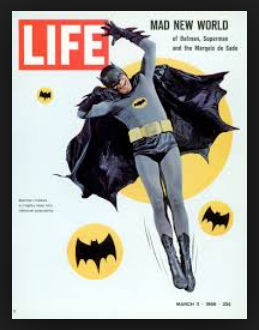 There's still a place for Mr. Bruce Wayne, of course. Ben Affleck's version of the character actually had great reviews in Batman v Superman; it's not like the character is in danger of disappearing. It's just a bit of a shame that his power in the culture is slightly diminished right now, as this milestone birthday rolls around.

Regardless, I tip my hat to this legend! 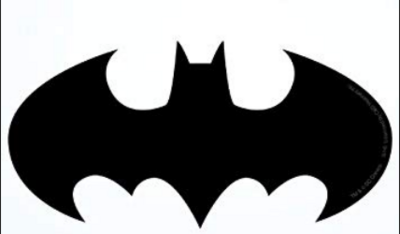 Created by artist Bob Kane and writer Bill Finger, with many writers and artists adding to the legend over the course of eight decades.

What do you think of Batman? Has his day passed? What have you liked or not liked about the character? Any favorite Batman stories?

Batman is the character that inspired me to create comics. I always had a weakness for dark and gritty vigilante stories. Batman Year One and Batman:The Long Halloween have been my all-time favorites. I think Batman would work always because it shows what a human is capable of. His bravery, intelligence and perseverance make him stand toe-to-toe with every superhero in his universe.

Human heroes without powers were not uncommon in the early days. Rather than being a pioneering character I think it's more that Batman is the last survivor of that era: the superpower characters took off and left the humans in the dust. Batman survived by having a costume and being clever enough to compete with the superheroes and find a niche. Without him we would have still had the other darker characters I think, there had to be SOME foil for the cleaner, white-hatter crew. Yeah, anyway, I think him as a survivor from a particular tribe from the 30s and 40s. You occasionally get hints and snippets of that crew, enough to know what could have been.

Love you Batman! Thanks again for that rescue on the playground back in 1992.

Batman is my favorite (not-so-)superhero. There have been so many great incarnations I was enthusiastic about at one point or another - the 60s Batman reruns when I was a kid, the dark Burton movies when I was a teen, the perfect all-encapsulating Animated Series (when I was also a teen ^^;), The Dark Knight in my 20s... well, and there have been disappointments, such as Schuhmacher's films, or Synder's treatment, or the 60s series when I grew up to realize it was camp ;) Happy Birthday, old Batman!