Too Hot For TV 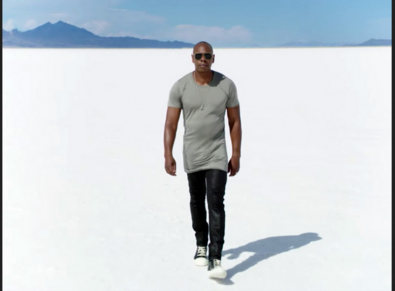 Game of (Sticks and) Stones

I heard about the new Dave Chappelle special, Sticks and Stones, and couldn't wait to finish the long work day to get home and watch it.

A lot of it was hysterical and I was laughing loudly, sounding like some kind of sick donkey. I haven't liked all of his stuff as much, but found this one really funny.

I didn't realize the backlash it was getting until later, but I could have predicted it. Outrage and being offended is par for the course these days. Plus, I won't deny that Dave pushed the envelope on that special and said some shocking things.

They might not have been so shocking even ten years ago. Seeing older TV shows, movies and comedy now often surprises me as I realize how much things have changed, and how the vast majority of entertainment is walking on eggshells much more than they did back then. And this trend continues as you look back even further.

Dave Chappelle is one of very few who is willing to take on the current culture and face it head on. With his money, he doesn't need to fear anything on that level, but he's so high profile that I do believe it takes courage to do what he does the way he does.

I for one applaud him. The special was really funny, but even if I didn't like it, I would still have to give him huge credit for speaking his mind, being funny the way he wants to be funny, and facing up to so many issues that are so delicate. I'm very much a fan of people being allowed to say what they want.

There are many angles to this story - the outrage culture, politics, social dynamics…and recently our old friend RottenTomatoes.com.

As of this writing, only six critics have reviewed the special at all, and until youtube critic Jeremy Jahns added his review, it was sitting at a 0% from critics. Jeremy's single positive review brought it up to 17%. Kudos to Jeremy Jahns for that.

And the audience score for this initially 0% critical review?

The audience score was sitting at 99% last I checked.

There have been several high profile movies and shows with a wild disparity between the mainstream entertainment critics and regular audiences. Not many with THIS kind of disparity, that I know of.

Have a good day!

I just finally joined the 21st century and got a Roku TV, so as soon as I plunk down the shekels for a Netflix subscription, I'll be checking this out. Dave's the man! There's definitely a huge disconnect between the picture of the world we're shown through the lens of popular and social media versus what everyday people actually think. I honestly don't think very many people are onboard with the wokescolds philosophically; most people just go along with it because it makes their lives easier. They learn to say the things they're supposed to say and not think the wrong thoughts, in the hope they will not themselves be denounced and made an example of. It's very much like a cult, or a proto religion with an ever-expanding concept of sin and blasphemy, but which has not yet developed any concept of redemption.

I just watched it earlier, savage but hilarious. And incredibly on point in alot of places.

Personally, I'm okay if someone calls me 'they,' because having multiple online identities is fairly normal, we have subconscious and conscious minds, a right brain and a left brain, a lower brain and a higher brain, sometimes I think with my stomach, and sometimes I follow my heart. According to F. Scott Fitzgerald, "The test of a first-rate intelligence is the ability to hold two opposed ideas in the mind at the same time, and still retain the ability to function." In psychology, Mr. Fitzgerald, that might be called "cognitive dissonance," but your ability to function doesn't mean you aren't uncomfortable with your thoughts. Hopefully, at least you aren't freaking out in a rage-fueled meltdown.

Yeah it was a funny show, people got poked and I laughed, and I winced when he went too far, but I still laughed then too, I'm going to Hell.

First person singular remains "I" Sayong "we" denies their individuality. I really believe English is in need of a neutral personal pronoun. "It" is for things. "They" is properly a plural. Could be "seh" and "ser" or "ter" or "er" or something rather than co-opting the plural. How do I know they're referring to one or several people? Or is it multiple personality disorder? Never know unless specified. Having grown up with racists in the open era of the 1970s, "All in the Family" "Blazing Saddles" I know how to be quite circumspect as well making it obvious something is a joke through my delivery. Then anyone has a problem I let loose with some science and history and they learn something.

I don’t know what is the correct way to say “them”or “they” but if I have to use one I would think using her if she looks like a her or a him if they look like a he. Visuals can be hard to determine on how some people dress. Some mistakes will happen. Sexual orientation of a person does not make me hate or love them any less from another person because that is who they are. An individual.

Family Guy, Boondocks or South Park is one of the few still pushing the “envelope” so to speak. Cartoons and cartoon movies are putting out stuff treading on the edge of a sensitive society. Hell, even The Drunk Duck is putting out some stuff that seems crazy at times. The only thing I can push for my comics is nudes and language. I will never use racial dialect in my comics. To me it’s not necessary to get my point across. I commend those like Dave Chappelle, Don Rickles, Paul Mooney, Joan Rivers, George Collins, Carlos Mencia and so many others that step on those edges with a firm footing. I for one can’t wait to see Game of (Sticks and) Stones.

In college it was very important to be PC in academic writing because the professors stressed it. Use "inuit" instead of "eskimo"; "medicine man" instead of "shaman". Right now I am trying my hardest to figure out the correct pronoun usage of the singular "they" and "them" for gender identity and I was met with such backlash when I asked if the singular "they" is a "we" or "us". I honestly was not trying to offend anyone.

@bravo, I get what you mean about telling the real haters vs the ones joking around. In a workplace setting, even the jokes can be grounds for a write up from HR. Now what really pisses me off is when person appears to be so offended by an ignorant statement, then a few days later, shares a graphically offensive anecdote without any sort of backlash.

And I fought too. I didn't match with a sign. I found myself on the front lines where the hate happened. And I made my stand.

But at the same time I served with a lot of non-PC people in the Army. Really nasty jokes were common. And you could tell the real haters from those fooling around. I'd wince at the real ignorant things people said about "groups" I had friends from. Even vicious anti-Semitic stuff. Why do you think I researched the Protocols of the elders of Zion and the Koran? To fight ignorance. But still retained my sense of humor and the absurdity of it all.

I remember 20-30 years ago with Richard Pryor, George Carlin and Joan Rivers and others who tore into everything and everyone. Don Rickles was able to get away with it till he passed but because he was from a different era. Look at the old Dean Martin celebrity roasts and how they tear into all kinds of now sacred groups. But it was all in fun. Remember half of the reason we laugh is because it rings so true. I miss the 80s and 90s when you could hang out with LGBT and laugh at the foibles of the community without provoking indignation.

I honestly get the whole bit. I listen to a lot of stand up comedians, Bill Burr being one of my favorites. This whole walking on egg shells culture needs to come to a head because it has trickled into my social circles where I say one thing and “politically correct” or “woke” friends get offended on behalf of EVERYONE and EVERYTHING. The only times I feel allowed to really laugh out loud these days are when watching It’s Always Sunny in Philadelphia or listening to podcasts. Good on you for bringing light to this topic.

The critics have a name and face attached to their accounts. In this day, they'd suffer the same backlash as Dave Chappelle and they can't afford that. Kind of like those Hollywood lists. Dare to disagree or criticize and you're doomed. Militant intolerance has always been part of the left since they started defining politics by left and right. And the tolerant and moderate Girondists always loose to the intolerant and extreme Jacobins.