A Dash of Whimsy 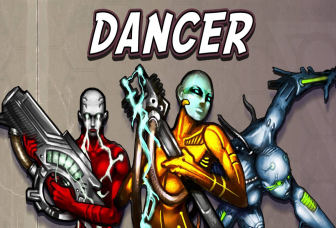 I had a solo game of Neuroshima Hex this Saturday morning where I discovered something peculiar. I was playing army Borgo against army Dancer and I was quite mesmerized by the aesthetic and playing mechanic of army Dancer. Usually an army in Neuroshima Hex consists of over a dozen playing tiles of unites, modules and an HQ. Dancer only had three playing tiles that each serves all those functions.

They are these three experimental, cybernetic humanoids that has gone rogue, they are each called “object” with a designated color - red, blue and yellow – and their special group mechanic – called “the dance” - is that they can switch places across the board, hence the name Dancer. I was looking at this peculiar army how it looked and played on the board and was struck with a delightful sense of whimsiness.

The theme of Neuroshima Hex is that of a sci-fi, post-apocalyptic setting and you usually don’t find that sort of setting whimsical unless there’s fantasy elements involved. I could just picture these three metallic, cyber-creatures dance around an exploding battlefield shooting and kicking everything, all with the grace of a league of ballerina mannequins, while Edward Grieg’s Hall of the Mountain King reaches its orchestral climax in the background. In the end Dancer lost this game, but made me giddy of playing this army again in the future

It made me realize what I love about this game and what I really love in any fictional setting. Whimsiness. The word whimsical means that something is quaint – attractive in an unusual or old-fashioned sense – or fanciful – unrestrainedly imaginative. Either description certainly fits the tone that I detected, and it’s a tone I always aim for in my comic setting. It made me think of what ways a dash of whimsy may come out in a setting. And that is the question I’d like to leave you with as I end this article rather shortly