I've tried to make it a little easier to listen to the recordings.  This:
http://tindeck.com/users/ayes2012
is the link to all of the recordings in one place.  It's not “perfect” because the recordings are listed in upload order, with first upload (Annabelle 1) on the bottom.   But if you copy the link in a separate browser window, then you won't have to go back and forth between two web sites.

Thanks VERY MUCH for the six voters who toughed it out with the kiwi site (ugh - that was a mistake; lesson learned).

And thanks to the cover artists, the judges, Gunwallace (our Auteur!), the comic artists, and voice contenders – you're a great group and this project is really shaping up into something FANTASTIC!

but it would be great to get some more votes


It doesn't take all that long!


The Duck Knows What you did Last Summer

There's still time to get your votes in!   Up through end of day Friday 6 April.  And there's need.  Only one role has a clear favorite

Yes, Gunwallace,  I know you're willing to vote again.  thanks for that  :)  Maybe you can send your paladin out with that metal sword of his . . .

(offline) posts: 578 joined: 8-13-2008
The voice auditions will be broadcast on tomorrow's Quackcast, I believe…get yer pens and papers ready and you can vote along with oz in “Mister Ozone's Neighborhood”!

Yes - there's still time to get your votes in – up until end of day this Friday the 6th – but you don't Have to wait until then.

And I remind those who tried out:  if you don't vote (for yourself and/or for the other contenders) then please don't be surprised to learn that others didn't vote, too.  Meaning:  at this point, with the votes we have in, there will definitely be some surprises . . .
You TOO can be (multiple choice)
link
NickyP at 5:35PM, April 3, 2012

ayesinback wrote:
… there will definitely be some surprises . . .

Surprises? Did I win all the roles despite not submitting an audition? Is the lead role to be played by a hoarse otter with a lisp?
Just what you talkin' 'bout, Czarina?
David ‘Gunwallace’ Tulloch, www.virtuallycomics.com

Gunwallace wrote
Surprises? Did I win all the roles despite not submitting an audition? Is the lead role to be played by a hoarse otter with a lisp?
Just what you talkin' ‘bout, Czarina?


Ah - He Who Wears The Laurel Wreath has a query.

Well, Stan. The other horse with a limp regretably trampled the otter, so that’s one complication off the list

But perhaps the ducks don't realize that The Czarina's vote counts for 5. It could “sway” things when there's no obvious mandate from The People.

So far, we have only one mandate.

So smiles one durn capricious czarina.

ozoneocean wrote:
Yeah… not many listen to the Quackcast anymore… -_-
Ah well, at least it's a good way of displaying those voices

Aw don't worry Ozone, I always listen to the QC. Can I cheer you up with a long and sloppy kiss? ;)

I'll rent a trumpet if you need me to!

THAT whereas a personage who has been held prisoner beneath a most burdensome rock has stepped forward to humbly request that more voice try-outs be accepted, and

THAT whereas only eleven votes have been received, and

THAT whereas, even with the Imperial vote of 5, the voting now indicates that There Is NO Vera!!!

The Czarina here now proclaims that additional voice recordings will be accepted up until Weds., 11 April. For those who have already voted, they may re-vote or keep their current votes without change, as they desire. Voting will now be extended to the final end date of 15 April, the same due date as the artwork for the comic pages.

The aforementioned personage offers the following recordings for The People’s consideration:


And to the Ladies of the Land: please, please, Puh-leeze! consider playing the splendiferous Vera VaVoom. She looks like she’d be a lot of fun!

(offline) posts: 226 joined: 9-17-2010
HEREFORE, whereupon observance of newly introduced voice tryouts, the artist formerly known as NickyP doth announce that his votes have remained unchanged, WITH EXCEPTION to the vote for Robber, where the man identified as NickyP changes his vote to Robber 04.

The myth called NickyP also inquires as to the matter of resubmitting a tryout, as he believes his McDuff submission may be mediocre.
.
link
bravo1102 at 8:08PM, April 6, 2012

Ladies, step forward for Vera Vavoom or we may have to castrate one of the gentlemen to play her.  Gentlemen, you needn't worry as the Captain of the Imperial Guard is quite deft in handling his sabre.

(online) posts: 34 joined: 10-28-2009
I, too am pitching for narrator 10 as my vote change.
as for the absence of Veras and the possible castrato casting for the part, I suspect one of those submitted may already be a male impersonating a female voice…  just sayin'….
Imitation is the sincerest form of mimicry.
link
ayesinback at 6:12AM, April 7, 2012

@Those who have already submitted a voice try-out:   yes, you can send in additional recordings until Weds.   However, please keep in mind that votes are for recordings, not for artists. So - looking at the math:   if a voice artist sends in ten recordings for one role and each gets a vote, the votes are not added up to indicate one winning artist.  It's whichever recording is the most popular.

And Happy News for all The People, a generous Lady of the Realm has heard the plea and offers for your consideration:

Today is the last day to send a voice try-out to drunkduck100@yahoo.com for the DD 2012 Radio Play.

Sunday 15 April is the deadline for votes and the radio play comic pages.

ozoneocean wrote:
Damn! I've run out of pink for all that bare flesh… T_T

You won't need pink for her legs, they're mahogany. Doing all the wood grain took me forever.
People wonder why I took pages from the middle.  I've done six pages out the seven the three pages of script morphed into. 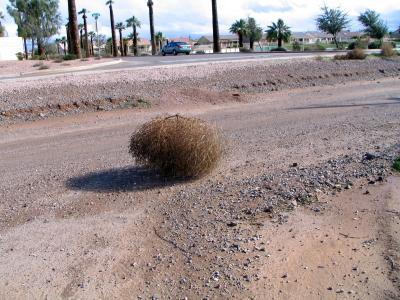