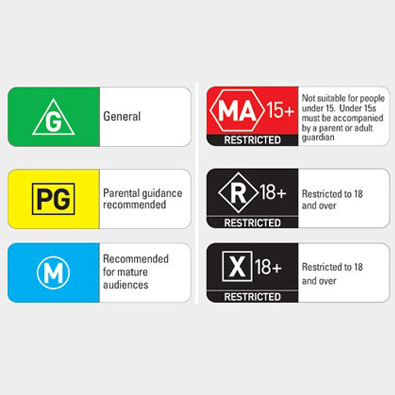 An important, but often overlooked aspect of creating a webcomic is what rating it will have, ie whether your comic is adult, young adult, children or x-rated. This question, whilst not always thought about at the conceptual stage, is by no means any less important. It is a critical way in which a work of fiction is categorised and thus, which audience it is ultimately targeting and, in turn, reaching.

The children category focuses on lighter topics and is angled at an audience from 5-12 years of age. That’s not say there can’t be a slight amount of angst but, in general, a story aimed at this rating category is more innocent and has a greater weight placed on exploration and imagination.

The young adult category focuses on teens aged from 14-17 years of age. This category sets up the expectations that you’ll be writing about characters in a similar age bracket as well the issues that they face; namely the transition of a child into the beginnings of an adult. Generally speaking, this category doesn’t have explicit violence, sexual themes and/or substance abuse. Moreover, it focuses on the emotional angst that one experiences growing into an adult and the challenges one face as they begin to form a solid identity.

An X-rated is what it says on the box, namely, this is going to be much, much more eXplicit. There’s more violence, more gore, more sexual themes and outward nudity and it is usually described in detail. The themes are potentially darker too as a result of the material that’s explored. Essentially, if you don’t think anyone under the age of 18 should be seeing it then chance are you’re looking at an X-rating.

An adult rating tends to encompass everything else. Whilst this can be broken down into further rating categories such as “new adult”, the adult category is a nice coverall for any other story you wish to write or draw about. It’s not as explicit as X-rated but more mature than young adult; it’s a flexible rating for most comics on the web.

What rating is your comic? Did you think about it before you started or was it more of an afterthought? Let us know in the comment section below! And join us on Sunday evening for our Quackchat at 5:30PM(EST)!

We are rating our own comics unlike having others rate the type of comic we make. That’s what I believe why it is a gray area with a rating system. Like I want to keep my comic PG but I show nudes and suggestions. I wish there was something between Teen and R or M rated. I guess R would be it?

So I'm totally with ozoneocean on this one: the best rating system is one that doesn't so much make actual recommendations like what audience we think your comic is appropriate for, but just gives a plain and brief description of what kind of contents are in there, so everyone can make up their own mind. And the less complicated it is, the better.

Seriously now: some people put way too much store in age ratings. Without going into great detail, my professional opinion on this (It really is a professional opinion. I'd feel slightly out of place in my day job as a secondary school teacher, if I didn't spend quite a few of my waking hours dealing with exactly that kind of thing.) is that age ratings can never hope to be anything more than very rough guidelines. They're on pretty shaky ground, as it is, because whether contents are actually harmful or not almost exclusively depends on your readers' level of experience and their personal background: their age can give you a vague pointer there, but, perhaps with the exception of smaller children, it doesn't really matter all that much. In the end, everyone has to rely on their own instincts, and they seldom go as wrong as some self-appointed moral guardians like to suggest. You can trust me on that.

On DD the sweetspot is to have a T rated comic. You can have a bit of adult stuff and still get the widest exposure. This sort of thing is true n the wider world as well. For M there are restrictions, younger people can't view it. For A comics you have to be old enough AND logged in to see it, those things limit your exposure so although you have more freedom in what you show you have less freedom in who you show it to, and again it's the same in the wider world. It restricts your advertising and where you can show your work- DD is one of the few comic hosts where fully adult work is completely allowed.

Drunk Duck has pretty much always had a ratings system. It became more important when Platinum Studios took over in 2006 (?). The ratings are E for everyone, T for Teen and up, M for mature, and A for everything else, as long as it's not illegal. E is kid friendly, T is what you'd show to teens and up, includes swearing, a bit of violence and blood etc. M can have a lot of violence and blood, swearing and some nudity- no full on sex and don't go crazy with the gore. A has all the sex you want. Super gore too if that's your thing. It's a simple rating system based on the old style rating classification before all the "MA+15" and "NC-17" bulshit came in.

@KAM I think that's the Australian film and television institute rating system. They have agreements in place with the US system. Each country has its own ratings.

My stuff is so mellow and G -rated you could put it with Blues Clues. All rainbows and kittens XD

Lawsuits? Try prosecution for obscenity and child pornography. Luckily I gave up trying to get back in education because one look at my comics and I'm labeled a pervert who shouldn't be allowed anywhere near children whereas I'm an advocate of free expression for appropriate audiences and not everything censored for some hypothetical 13 year old.

I find ratings are a key element in finding middle ground with parents and media. You have to be honest about what your comic contains because you don't want to shock people or face lawsuits.

You should have used the Duck's rating system, or shown a variety of different system. I know some webcomics use a Panda rating system. I'm not sure where the system you show is from, but the MPAA has trademarked their ratings, G, PG, PG-13, R & NC-17. So somebody using those without permission can get in trouble, like when Marvel Comics briefly used it after dropping the Comics Code Authority. My comic is rated M for mature, but I think it should be rated I for immature. ;-)

My characters are in their 20s and 30s, and as a crime drama, it likely appeals more to women in terms of a demographic. So, my comic isn't written with younger people in mind -- BUT target demographic and rating are loosely related at best. I don't write or draw explicit things, so, although I expect an adult audience, it is not an "adult" comic. It is PG. My no longer updating comic strip had jokes written on upper level science topics that kids wouldn't understand. But it was rated G. Because an audience's enjoyment/understanding has nothing to do with the rating. Ratings can impact who is interested in reading but when it gets down to it, it's only about what society has determined is offensive or controversial.

And my distinction between M and A has been repeated by other creators back at me. "You know, I was the one to first mention that here right?" I say. And then when re-doing Sword of Kings I realized just how close to T/PG-13 it was. I only had to trim that 5 seconds, but I didn't and stayed true to my original vision.

My R rating is to emulate its exploitation cinema inspiration. Also I despise T/PG-13 teases and the astounding lengths gone to, to avoid a slip of nipple. I remember seeing a director's cut and the commentary saying how profitable PG-13 was and then ironically asking the difference between an R and a PG-13. Three to Five seconds. An R rated movie can have scenes trimmed a few tenths of a second here and there to a total of five seconds for the whole movie and its PG-13 and 15-25% more at the boxoffice. So I went in the exact opposite direction. How far can I go and not be "X"? Just like Kevin Smith talks about in the commentary for his movies-- As long as there's no penetration on screen and no explicit sexual references (even certain words and phrases) nearly anything goes.

My comic has moments of suggestive sexual bits, Graphic but humorous violence and strong but not coarse language. I gave it a Teen and older rating.

My comic is changing from E rating to R rated for nudity and language. The Duck rating system don’t match the ratings above but I get it.

My comic is A. Not sure if Drunk Duck had a rating system when I joined. If they did I seem to think it was different from what we use now, but my comic was always the highest rating.