(online) posts: 28,256 joined: 1-2-2004
This is based on the latest Quackcast, featuring Fallopiancrusader: https://www.theduckwebcomics.com/quackcast/episode-557-fetishes-in-comics/

We chat about fetishes in comics.

One of mine is bottomless women and that of course has a feature in Bottomless Waitress :D

And yeah, later on it features heavily in my comic. Honestly a lot of it was because I was in a bad head space plus had people pushing hard on me to go this way or another which I was not happy with in the end.
link
lothar at 9:39PM, Nov. 16, 2021

lothar wrote:
Chicks with dicks! Not the same as trans girls. Like a woman that somehow now has a cock and doesn't know how to use it. Lol fucking classic.

Intersex or what used to be called a hermaphrodite (and still is by medical science. I looked it up. )

As for me? I get confused over whether it's my fetish or that of my characters so I'm not exactly sure besides the recurring mind control, literal bodice ripping, bare torsos and tying up.

lothar wrote:
They need to be one on top of the other. Not side by side.

Double barrelled under and over XD
I appreciate a man who wears his cock on his sleeve haha!

(online) posts: 445 joined: 8-21-2012
Interesting topic. Are my fetishes in my comic? Yes and no? Maybe? I’ll put it out there. I like big beautiful women. I hardly see comics that will feature a big woman as a lead. (Expect here on the duck and Faith.) I prefer a bigger woman over thinner ones but not as a fetish. It’s just what I like in a woman. Okay, So I made up SolarCell as a joke/play on how crazy and funky Heroes Alliance characters are. Plus I wanted to challenge participating artist to draw a big woman superhero. The joke was that SolarCell would get fatter, (like in feeder porn), as she absorb all spectrums of light, then discharge all that energy to be thin again. Her normal body type is 235-250 pounds. Sadly, it never came to light in the pages of Heroes Alliance. So, I came up with her back story that she is one of Gluttony’s daughters. Which explains why she gets fatter and thin. I honestly don’t like feeding porn. I think it’s messy and weird. I did that body growth to kind of cater to those who do like seeing a woman’s body growing in size. (With that being said, I had to learn to draw bigger growing women.)
link
bravo1102 at 12:26AM, Nov. 18, 2021

Chaps and a g-string. Doing a sequence now with a character whose attire has been reduced to that.

(offline) posts: 277 joined: 3-16-2019
In my case, female anthropomorphism of many sorts. You could consider me a furry of sorts. I'm not in with the furry culture itself, but I do share the fetish of furryism. My anthropomophism fetish do as I've stated before extend to more then just animals, it extends to insects, plants, robots, aliens, demons, undead, inanimate objects and probably a few more I can't name on top of my head right now.

I also definitely have a large breast fetish, and I guess I have a bit of a thing for women of unusual height, really short or really tall (hence why Molly Lusc for example is a really short lady. Really short and really tough), and I also have a thing for female athleticism. Wether it's full-blown female body-builder level muscularity with biceps bursting with veins or women with more of a swimmer or gymnastics tone of muscularity.

I especially like to draw really toned washboard abdominal muscles on my female characters, though I often do it with the male characters as well. Human muscularity in general excites me. Strong female protagonists, in many forms, sizes and characteristics, I think will be like 99% of all the protagonists I create, so I guess that counts as sort of a fetish too I suppose.

Really my fetishism seems to boil down to women who have either bizarre, or unusual or really unique traits that comes out in a way that is really stylish and/or fascinating.

bravo1102 wrote:
Chaps and a g-string. Doing a sequence now with a character whose attire has been reduced to that.

Maybe some people like to see aspects of their own idealised self in the people they're attracted to?

I have an appreciation for women with defined muscle tone, angular faces, and strong noses.

lothar wrote:
Am I trippin or did someone post someone about gen 13? And I was gonna reply but it discopeared

He posed it in the rant threasd. I moved it here :)

One of mine is bottomless women and that of course has a feature in Bottomless Waitress :D

Bottomless is a nice thing. It's something I like, but I wouldn't say it's my fetish.
As for what I like and put in my comics, it's nice female bush, outdoor sex and woman wearing no underwear under her skirt. There's also one very, very specific thing that I'm not going to share now, maybe later, but it will be in one of my comics mixed with things that my characters like. In general I prefer to separate really personal stuff from the things I put in my comics. Sex is part of my stories, but I want to give each of my characters their own unique tastes and not make it all about what I like.

I also noticed how some of my characters like things I'm not personally really into. Like one girl who likes spanking. It's something I tried, decided that it's not my thing, but somehow I feel this is something my character wants. It's weird how sometimes you discover something about your character's sex life that you didn't plan.
link
sleeping_gorilla at 1:30PM, Nov. 20, 2021

lothar wrote:
Am I trippin or did someone post someone about gen 13? And I was gonna reply but it discopeared

He posed it in the rant threasd. I moved it here :) 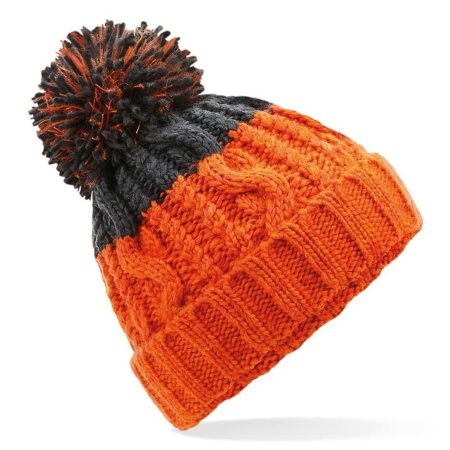 None of your real fur bobbles mind you.

Ironscarf wrote:
If there's anything sexier than a well turned bobble hat I'd like to know about it.

None of your real fur bobbles mind you.

I thought you were British! That's Canadian eh. Nice tuque.

I found the original SCTV episodes with Bob and Doug MacKenzie on YouTube eh. Beauty.

bravo1102 wrote:
I thought you were British!

The lure of exotic knitwear in mysterious faraway places is simply impossible to resist! Thanks for the viewing tip old chap. 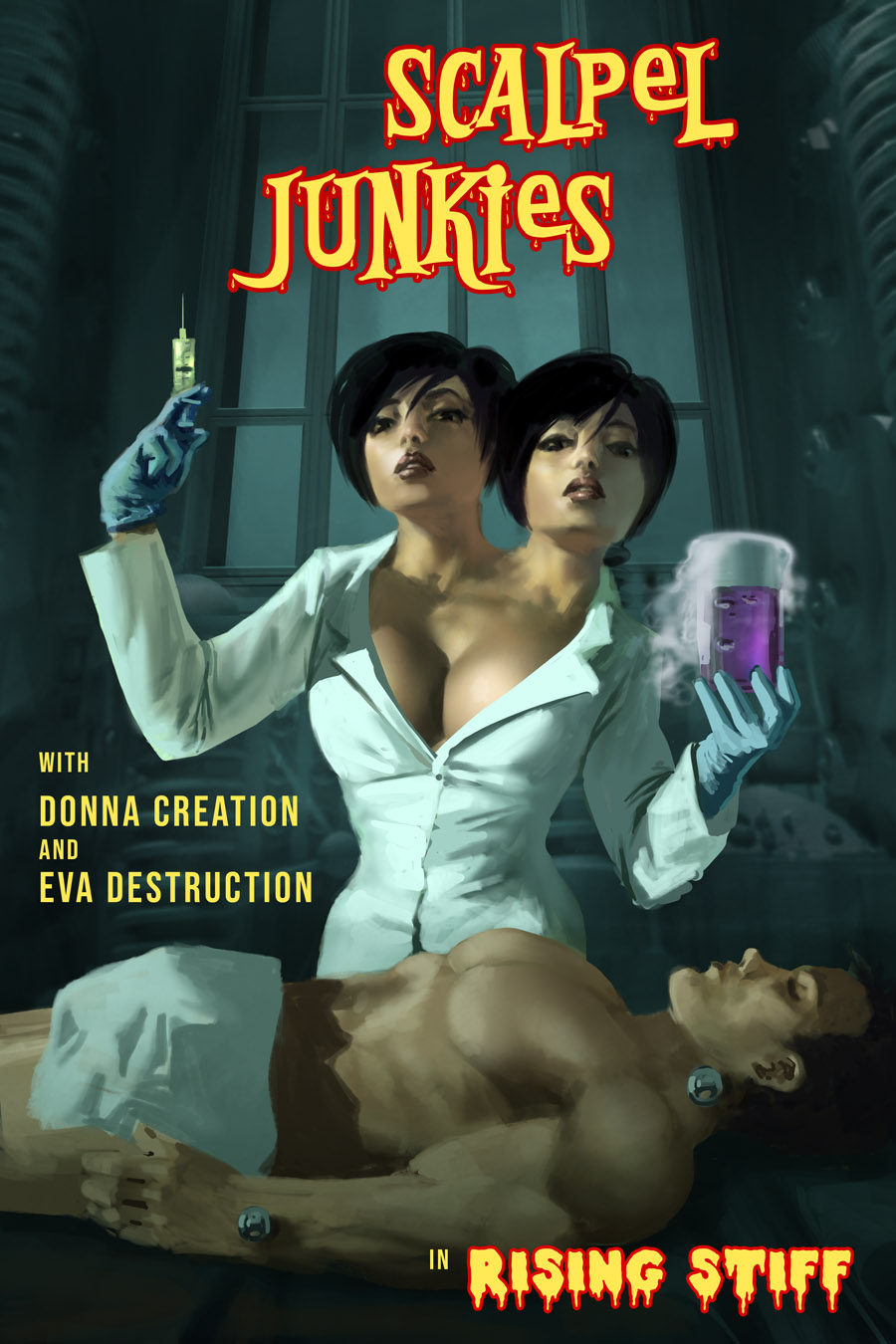 Hapoppo wrote:
Sort of? The Te'Sha-Ri in PynkFL is an intersex race. The comic is rated M though, so I can only really hint at it :P

I have a genetic variant human subspecies called the Varians. They were created as an alternative when it looked like males would disappear.

There are all sorts of other genetic human variants existing in the universe all my comics are set in. People realized what they could do with the human genome and proceeded to fulfill their fantasies. But multiple heads I never really considered. Various human/alien symbiosis and different body types on aliens but not a two headed human (cojoined twin?)

(offline) posts: 356 joined: 12-27-2013
Sticking two heads on one body would make sense in an environment with extremely limited resources. Like let's say a deep space colony. You get two individuals' expertise, but they only drain roughly one body's worth of air and food.
link
‹‹ previous 1 2 next ››
Your ad here, right now