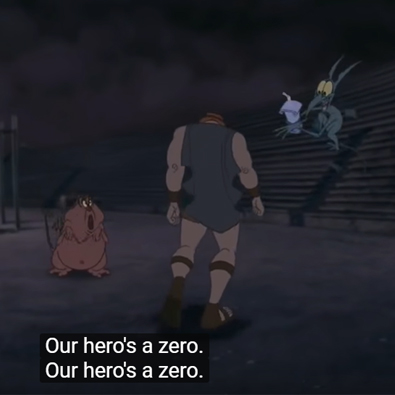 This will usually occur near the end of story, just before the climax. Your character has come to the lowest point of the rollercoaster before the steep climb upwards. In a three act structure, for instance, this is the break into act 3. It’s important to stick to this moment as it makes the climax and resolution of the story that much more satisfying. This epic fail moment connects the reader to the emotional plight of the character, they want to see how they will come back from this, for better or for worse. Having them fail, when they are so close to their goal, grounds the character in reality and, thus, when they succeed in finally achieving it, all the sweeter.

When it comes to writing this breaking point, consider the character and the plot and ask yourself, “What is the worst that can happen?” then do that. Be sure to relate the breaking point directly to the character’s actions and the plot, otherwise it won’t land as well with the reader. For instance say you’re writing a mystery novel and the character has a friend who is helping them investigate a haunting. If your character’s friend dies of a heart attack yes it’ll be tragic but it won’t impact the plot or your character in the same way as the friend dying from being attacked by the ghost as a result of their investigation. Because of the main character’s actions, his friend got killed and thus, that creates the breaking point or rock bottom needed before the climax.

It’s at this point that you need to dig deep and make that character suffer emotionally. They may deal with their rock bottom by crying, getting angry, being depressed and/or indulging in self destructive behaviours, maybe even going so far as to quit the quest altogether. It’s important that you really get the reader feeling for their plight and sorrow. Once they’ve spent some time in their funk, the next step is making the character remember what it is they are fighting for and begin their climb to the climax of the story.

Have you planned a breaking point for your characters? Let us know in the comment section below! And join us on Sunday evening for our Quackchat at 5:30PM(EST)!

Honestly though, this doesn't have to be a part of any story. It is often done poorly and clumsily, or shoehorned in where it doesn't really flow smoothly. You can have a point where a character finds their resolve with just a minor setback, but it should be one that causes them to think and, ideally, should be something very close to the character and allow them to develop. But it can just as easily be a moment where the hero thinks they might not win, or it may not even be about that. A "breaking point" is handy, but it can also be a little lazy if used without sufficient consideration. Be careful about doing too much "by the numbers", especially if it doesn't really suit the characters or the story you're telling.

Awesome post! I think of this as the “All is Lost” moment, where things go really really bad. The best friend or mentor dies. Or the relationship ends and seems over forever. The main character is ready to give up - or they DO give up. Crucial moment in the story.

I'm really liking this topic, as it has me thinking...can this be something that happens in a few waves? We face challenges that force us to grow throughout our lives, if you are writing a story following your character longer term, is it possible to have a few tragedies that have them work to get back up? I have a few of lows planned for my MC, the first major downfall in my plot is when she/they is taken as a POW. It is a moment in their life that has profound consequences and the guilt must be reasoned with as they find a path forward and forgiveness of self.

In some stories this low point is where the protagonist has her sudden realization that allows the planned ending to happen. That lowest point where she realizes she really does love Brad and not Chad and that she has to go to Swaziland and find him and -- well stuff like that.

Currently we use the word "climax" to mean the top point of a story (emotionally), but originally the world meant the part of the story where tension buids up, so before the "top" point of a story (the word literally means "stairs" apparently). Furthermore the word was used for greek tragedy, so the "top" part of the story was really a nasty point, what we would now consider the breaking point. So in my opinion the whole strucure is something like: 1) intro/ifodump/theme is stated; 2) climax (rising tension); 3) breaking point/tragedy; 4) hero has a comeback; 5) final showdown. IMHO.