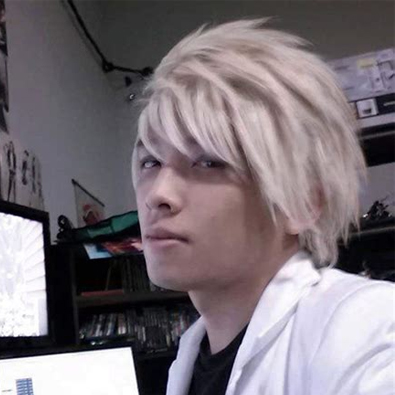 Recently I have been procrastinating on publishing a video. I have all the elements in there, it just needs the final touches, but when I look over it, I keep thinking, “Is this good enough?” “Will this be enough?” “Am I a fraud?” These questions plague me as I create comics as well. The imposter syndrome is alive and well. And yet, the thing that keeps me going is this drive to be consistent. My need to create is, in large part, habit. I am used to producing work and so I continue. This habit, this need for creative consistency, pushes me through the overbearing imposter syndrome.

I recently rewatched a video by this guy called HBomberGuy. You might have heard of him. (He’s the one that did a near movie length documentary on why BBC’s Sherlock Holmes is garbage. Worth a watch: Click here) He talked about all the ways RWYB, an animated show about cute girls with weapons written by two creepy guys who seem to be indulging in a bit of fanservice of their own, (my opinion, don’t sue me), is not that great.

Near the end, he addresses the passing of one of the lead creators/animators, Monty Oum. He was not part of a writing process, however, his cinematography of fight scenes was widely celebrated amongst the fanbase and stands to be one of the most memorable aspects of the show. In this video, HBomberGuy recounts what people said about Monty Oum and his drive to keep moving forward. He says,

“Creating art is like jumping off a cliff and building your wings on the way down….You never really know what you’re doing until after you started doing it… would say that the first season, first season and half, first two seasons, based on who was telling it, weren’t turning out super great so far. But it didn’t matter if it was bad right now because in his mind the whole thing, the act of creation itself even, was a process of learning. If you can really figure out how to make something, really get the production and workflow down, figure out what works in the writing and through this process find the core of what this thing you’re making is really supposed to be, it won’t matter how bad it started out because where it went will be great!”

There’s this expectation from readers, other writers and creators that you should know what you’re doing. If you’re good at your job, it’ll look like you do. But, more than likely, you will have moments of doubt. You’ll falter in consistency due to the terror of being found out; that everyone will realise that you have no idea what you’re doing.

Remember, “it won’t matter how bad it started out because where it went will be great!” Just put one foot in front of the other.

How do you manage your self-doubt? Do you ever find yourself creatively stumped? Let us know in the comment section below! And join us on Sunday evening for our Quackchat at 5:30PM(EST)!

The trick to creating art is to do it for yourself and not get too wrapped up about who likes it. Art has always been subjective, just like tastes in music. Find a way that fulfils your needs, know you don't yet have the skills that you need yet, but if you keep slugging away you will get better. Use perfectionism in a positive way, allowing it to nudge you down the path of getting better, without it overwhelming you into thinking you're churning out rubbish. If you are in any doubt, go back and look at your early stuff.

There's always some doubt involved, and perfectionism makes me waste hours or even days fiddling around with details that I know perfectly well nobody will ever notice. I keep telling myself that these two bastards called "self-doubt" and "compulsively being my own harshest critic" are my friends, because their constant bugging me means I care about what I do and haven't become pretentious. If they ever were to leave from my side, it'd be high-time to quit doing art for good - and I'd never want that to happen. I'd lose part of who I am, something that makes me special. When you're in a large artists' community like the Duck, it's easy to forget that you're in a gathering of people as special as you and that most others are so-called "normal" people who can't do comics at all. Being normal must suck (I think), so dare to be special! You've already proven you're special, backing out would be cowardice. So I make countless mistakes, but how many people can make mistakes at my level? ;)

Once I get started I can get into a rhythm and go. Problem is getting started. And then when I'm done I'm amazed at what I got done. It helps to write it down as a to-do list and cross things off as you go, even if it's something as basic as a step by step how to do a single page. Don't leave yourself any room for doubt-- just do and you may be surprised at the result. When you have major biologically based depression you have to learn skills at getting past the feelings to doing or else there's no getting out of bed let alone webcomics . Might manage lunch but that's after the stomach been growling for hours. So just get up and do. No doubts just do it. The other choice is just not how I want to live anymore. So I don't let myself think that way. Most of the time anyway.

It slows down my art massively becacause I'm always fighting with perfectionisim and doubt.

Have no illusions about what you do. Embrace it and make it your own. You're not an imposter if you're actually doing it. You may not do it well and have no pretensions about that but, hey you're doing it. That's a lot more than the "shoulda/coulda/woulda crowd that never get past planning and bragging can say. Go for it? You went for it!

One way to challenge imposter syndrome is just to change the verbs you use. You're not pretending, you're being. A people play roles "strutting and fretting " across the stage that is life. If you play the part with every fiber of your being are you still an imposter or are just trying your hardest at something new? Yeah and sometimes you gotta fake it. Let yourself make mistakes. It's how you learn. And sometimes there you can't learn how not to make the error, only how to cover it up. That's what doing stuff is all about.

I've spent these last days setting up a brand new comic that is up and running now. The "imposter syndrome" has been a very real thing to me during the time leading up to this brand new comic's inception. It's been constant back and forth of "What will people think of me with this one? Am I being pretentious with this one? Will it be too serious, or not serious enough? Is this what I "really" want it to be?" But I figured that in the end you just have to ignore all of your doubts, pick a direction and simply pass though that dreaded threshold, all consequences be damned. And even when I think I got things planned out, I end up acting on a hunch anyway, and it seems to turn out just right, almost as I envisioned it. All I really know is that I'm sick of waiting to get these things off of my chest and I just wanna go! No matter how much time you spend standing at the threshold, in the end you just gotta pass through, leave it behind you and just keep on walking into the horison.