Archetypes Through a Psych Lens: Bringing it all together

It's finally done! We've gone through the basics of each psychology school of thought when it comes to personality theories. Each theory brings its own aspects of what makes human beings be the way they are. It could be described like each theory describes one facet of a multi-sided diamond. Looking through each side, you get a different caleidoscope of reflections, shades, and colors.

And as I said in each article presenting the personality theory, you could absolutely use just one to guide your character building, and you'd end up with a pretty fleshed out, functional character. In some cases you even will have a good feel of the worldbuilding (where aspects of personality choices you make require factoring in culture and social standing).

But why only use one color in your palette if you can have several?

Sometimes it may serve to use all of the personality theories together to build your character or set of characters, using each one for its strengths, accounting for more rather than the narrow window each personality offers.

With efforts not to become to psychologically esoteric, I would like to introduce you to the main reason why psychologists tend to have ALL of the personality theories in their arsenal when they offer their support and guidance to give people the best way possible to their own healing and actualization. Having a grasp of that will help you use all the available explanations of human personality and behavior to build characters with even better accuracy and knowledge of what makes them tick and why.

To do that, I want to introduce you to yet another theory (I'M SORRY! it's worth it I swear!) which, I think, brings ALL of the others together. It is not a personality theory, but a theory of development of the person.

Note, that this is my estimation and outlook after completing my master's on this theory, so other colleagues may have differing opinions. Still, this is my article so you're getting my view of the synthesis of different personality theories in the development of the person. Hah!

This is a theory by Urie Bronfenbrenner. 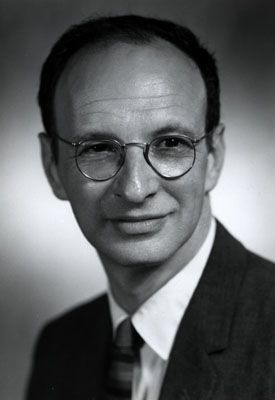 According to this theory, the person develops while being impacted and impacting several layers of systems surrounding them. Each layer is arranged as an onion, where the heart, the center, is the person (the child) and around the child the most intimate one is the one that goes first, then over it the second one, and so on.

The layer that is the ‘closest’ to the child in that onion is the one that interacts first, and most intimately, with the child, and later the person. The inner layer, therefore, is usually the most impactful, but it is not necessarily the most important, because the other, outer layers are also impacting the person. Each layer is called a System, and there are 5 of them, constantly interacting with the person at all times: I won't tire you with more descriptions of each system than what you see in the image, but I encourage you to read up on it. It's not only fascinating stuff, it might offer insights you can use for your worldbuilding beyond strictly character building.

Within each system, there lies a personality theory, or more than one:

The microsystem accounts for the influences/interaction from parents, teachers, and friends/neighbours: this is where behavioral, psychodynamic, and humanistic theories begin to explain behavior. Teachers and parents may condition the child (and later the person) to act/react in a certain way. They may also cultivate a complex superego or completely allow for the id to dominate. They may offer the child the basic needs necessary to get him/her on his/her way to personal growth.

Then, the mesosystem may account for certain events that are key points in the development of the child: learning by example if he/she watches parents interact with teachers/administration, and seeing the outcome of a clash between two sources of authority, and so on.

Then, the almost invisible but definite hand of the exosystem will account for a child's trust in “the system” in a similar manner.

Finally, the chronosystem, the era in which the child grows up, and later lives as an adult, will also impact him/her in how he/she interprets things (cognitive theory), how he/she reacts (behavioral theory), how he/she seeks to grow (humanistic theory) and how he/she develops defense mechanisms to cope with assorted dissonance issues within them or around them (psychodynamics, humanistic).

In turn, temperament may explain why these systems react to the child in the way they do. Remember, the individual is impacted by 5 systems, but they are also impacted by the individual (and you don't need to be Che Guevara or Florence Nightingale to leave a dent). This reaction will then push the child to certain behaviors, as explained by either behavioral, or humanistic, or psychodynamic theories.


Depending on the situation, certain theories explain certain facets of the human personality better than others. Yes, that even includes psychodynamic.

For example, a phobia is best explained by behaviorism.

Impulsivity is best explained by psychodynamics for some, while others again go for behaviorism.

Low self-esteem is best explained by cognitive theories of personality (note, that has nothing to do with introversion/extraversion)

Being an introvert or an extrovert is best explained by temperament for some, while others go for humanism more, or a combination of the two.

Altruism baffles many behaviorists (but not all), but cognitive theorists and humanists don't bat an eyelid at why it exists.

Free will is just not even recognized by behaviorists, so it's not the way to explain making choices if your story is about free will existing :)

So if, for example, you want to have an altruistic character with a fire phobia and low tolerance for blabber, you may explain the fire phobia through behaviorism (they suffered a traumatic incident with a fire and made the association, or some bully set them on fire, or some other stimulus) and explain the altruism through cognition (the person evaluates consciously that by sacrificing themselves/something of their own, they bring about a result they evaluate as more important than their own wellbeing). The low tolerance may be a result of their high score in neuroticism, per the temperament theory. Finally, they may be overt about their phobia if they live in an era where talking about them is not taboo; they may hide the phobia as best they can if having a phobia is considered being demonically possessed or a nutcase that needs to be in an asylum, or just a wimp (which would be the impact of the chronosystem).


And so… that's it! That's all I got to offer for character building through a psych lens!

I hope it was if not fun, at least informative and a stimulus for you to search for different views of how a character may act and why, which may offer you different ways of writing characters and give you more tools to play with in your designs.

Thanks for going through this long winded series with me, and happy character designing!

Thanks so much Banes!

These have been incredible - and a series of posts I will have to read multiple times to digest more fully. That's a good point about tackling character creation from multiple schools of thought. Thanks for these!