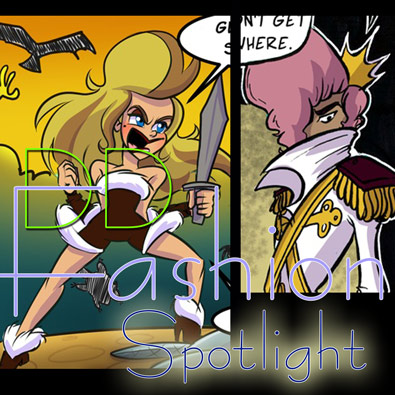 
Prince Edwin is a man of style and taste, but also pink hair and a face which MUST NOT BE LOOKED UPON! Queen Beatrixie is a woman of action, violence and drinking, but she must NOT be questioned! You see kids, this is why absolute monarchies and dictatorships are a bad idea :) 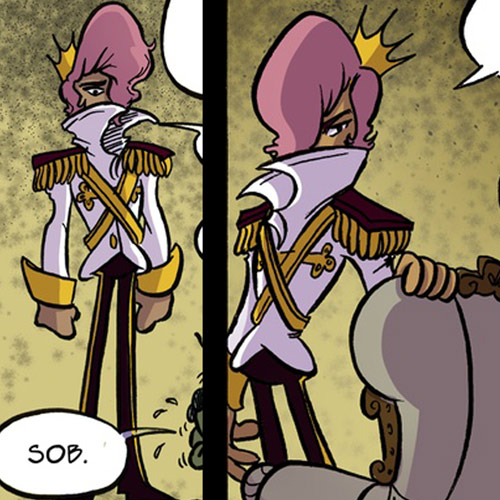 Look at this stylish chappy dressed in true princely fashion! This outfit has a few influences… it’s a highly stylised “prince” costume, the sort you might see in a Disney cartoon. All the elements come from a late 19th century officer uniform. To me this most closely resembles a Russian or Austrian officer, both of which could wear white tunics. The high stand collar is typical of the 19th century styles. The golden turned up cuffs are pretty unique but not entirely atypical. He has a single hussar knot in russia lace over his chest, the origin of these were of course the famous Hungarian hussars and their amazing clothes.

He has big brush style epaulets on his shoulders, these are made with “gold bullion” wire twisted into spirals and then hung like dense springs. He wears golden cross-belts, this is unusual. An officer or royalty would only usually wear one (a sash for royalty rather than a belt), but Edwin is a special guy! He wears tight, straight legged trousers the same colour as his epaulets, with a golden stripe down each leg. This style became popular in the early 19th century, replacing breaches which ended at the knee, it was famously popularised by Beau Brummell in civilian life but had its origins earlier in the army.
And of course the stripes down the side have their origins in the trousers of Hungary’s hussars, as do modern tracksuits funnily enough. That’s right… it wasn’t Adidas that invented the fad.

He’s a striking Prince with his lovely dusty rose hair in a style that echoes the famous pop-singer of that name, topped off with a high princely crown. His costume shows he’s a refined and autocratic fellow with a villainous streak. 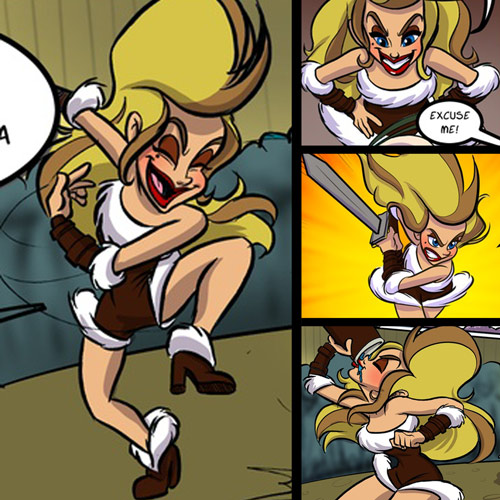 This fun-loving, hard drinking lady struts her stuff in a deep chocolate brown romper with white fur trimming, all her accessories match and even her eye-shadow sports the same colour! Her low cut top bears her shoulders but doesn’t show cleavage and the design of the fur trim on the thighs cleverly thins toward the inner thigh to avoid chafing, meaning this is a cute and actively practically designed outfit, but not so great if you need to run to the loo!

The ankle boots look marvelous with the fur trim and chunky heels. She wears full length bracers on her lower arms with a fur trim and double leather bands, indicating they’re less about fashion and more about fighting. Though her makeup, which consists of brown eye-shadow, crimson lipstick, scarlet rouge, and a beauty spot, is fit for a queen.

Her blonde hair is long, wild, unkempt and bouffant. Beatrixie’s outfit shows she’s a woman of action, and that she comes from a cold country with a barbaric flare.

Thanks Kawaii! Thanks Banes too! It's a good looking comic.

Nice breakdown! Love the art and characters here too