The Test of Character 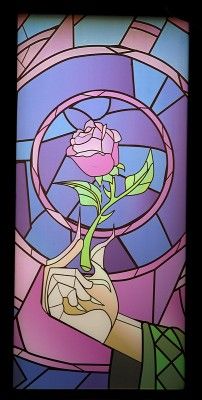 If you are in a fairy tale and encounter an Old Woman… never take that meeting lightly. It's usually a test of character: the manner in which you respond to her will be a measure of how kind, decisive, clever, obliging, evil, rude, crass, abusive, or idiotic you are. Consequently, you will get what's coming to you according to that one assessment.

It may sound extreme, to be judged but just one encounter with some rando you only met then, but fairy tales are abstractions of stories, rather than full-blown narratives with fleshed out characters or a complex plot. They are aesops that seek to drive home a specific message about life or about how one should navigate through life- occasionally limiting the teaching point to “don't fall head first into wells”.

That said, several of the tropes used in stories can be found in fairy tales in their simplest form, and the Test of Character is no exception.

The Test of Character is basically any situation where a character is by themselves while presented with a choice that has significance regarding their morals or general alignment. They're not being watched and nobody will know what type of behavior they engaged in later. In short, no consequences from society (good or bad) will be had from whatever choice the character is presented with. The only possible consequences can come from the character themselves: whatever they do, they will do it solely because it is what they personally wish to do. Not what society pressures them into doing or what they do in an effort to gain an outward reward.

Because they will be acting solely to please/satisfy their own personal wants free of any environmental influences of any kind, what they choose to do will show the audience a glimpse of their actual character, moral alignment, and urges.

A character that appears brutal and tough towards the weak but in private, when nobody is watching, he shows affection to an ugly or weak or handicapped animal displays to the audience that there's more to them than the facade they're displaying to the world.

A character that appears sweet and kind but tramples on a flower bed when nobody is looking just for the fun of it displays to the audience that they're like a rotten peach: sweet on the outside, horrible in the pit.

In Disney's Beauty and the Beast, the Beast has two Tests of Character: one is in the intro, when he turns into a beast for turning away the Old Woman with the rose. In that he displayed shallowness, cruelty, and disregard for another person (the sticky issue of his being a kid at the time is for another blog post). In the second Test of Character, he allows Belle to leave his castle to find her father despite the fact that she probably won't return and he has basically run out of time to break the curse. In that he displays kindness, compassion, and selflessness (and love). Though the instances are different, the test is about the same issue: how self centered the Beast is and how indifferent to other human beings. (again, the validity of the two tests in the story is another matter, but that was the intent)

In the Avatar: The Last Air Bender, Zuko goes through various trials and tests that are pretty flamboyant and dramatic, but in my opinion his true Test of Character is in the episode “Zuko Alone” where he is faced with the dilemma of going hungry or raiding a couple's camp to steal their food. When he sees that the woman is pregnant, he quietly moves on and stays hungry without the couple ever being aware of the danger they escaped thanks to his choice. Nobody praises him for this because nobody sees it. Nobody sees that he's actually got honor and compassion, even when pushed by one of the strongest human forces.

Nobody but the audience.

Have your characters ever gone through a Test of Character?

Much of the time, in fairy tales, there's an emphasis on hospitality. Old-fashioned hospitality, in a broad sense, was extremely important. A person showing their true character could be the difference between life and death, so the lesson is often that every interaction counts. How someone acts to the least of people, who seem not to have enough power or agency to answer an insult or abuse, is truly telling about them.

This also serves to display the full intentions behind her decieving him all these years. That it was more about protecting his feelings from being hurt by her actions then it was about committing them undetected. It was deception, yes, but not out of spite or exploitation (Well, not towards him anyway), but out of love. It wasn't just about her, but more so about him, all along. And in the end she even ended up prioritizing saving his life over saving her own. My conclusion. She passes the test of Empathy. With flying colors^^

Molly Lusc? Oh hell, yeah! She had her test of character not long ago. The test was empathy. We see the villain in this climactic scene throwing a revolver over to her husband standing by her side, expecting him to shoot her for her adultery. When he acts confused he then turns his gun to Molly demanding her to tell him herself to push him to do it. Now as this is happening Molly recalls this nightmare she had the same night about Nico finding out about it and shooting himself. Taking this as a potential prediction, she shows more concern that he is going to turn that gun on himself, rather then turning it on her, as she moves towards him laying down the hard truth, catching him in the split second pulling the gun away from him as he does turn it on himself and pulls the trigger.

I took to heart the writing advice from Alex Hirsch, creator of Gravity Falls. He said in every episode, the main character(s) should have a point of decision. The choice might be fairly obvious for the character, and in a comedy, the "dilemma" can be kinda silly. But there should be a moment where they have to decide, and the audience isn't sure what they will do, at least for a moment. Every decision is a test of character in a way. So, an episodic work has many tests of character. I've tested characters many times. The tests gradually get somewhat more serious and important. Sometimes they show character development. I have been trying to make the series climactic decision points for each main player. It is the most important part of the story, imo. Get those right, and the details will fall into place.