We've all seen the cringy dialogue. The weirdly stereotypical and awkward situations. The sheer effort of the script writer, the novelist, or the comic book writer to write someone they don't know: a woman, or a man.


Too often the problem is very stark when comparing character designs and interactions of the characters who are the same gender as the author vs. the ones who aren't. The ones with the same gender are more likely to have a wide range of traits and variance in personality. The ones whose gender is different are more likely to have their gender be the personality. 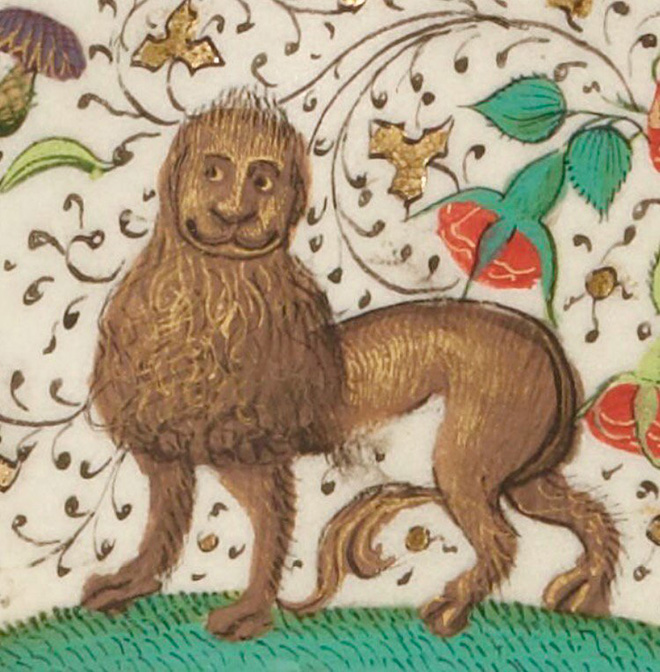 Sometimes they're as familiar with genders other than theirs as the dude who painted this lion was with lions.

That goes for the “strong female” or “progressive/sensitive male” trope characters: the woman's personality will be a concoction of cliches of ‘I Am Female But Talk, Act, Behave Like a Man While Using Derogatory Expressions About Women’s Stereotypes' while the “progressive/sensitive male” will have the standard personality of “Look At Me I Can Cry And Appreciate Pink” in various iterations.

While there's nothing wrong for characters to have such traits, the problem lies that these traits become ALL they are. They're a walking battery of hamfisted lines without nuance or personality beyond these traits.

The reality is that both men and women have a wide range of personalities. They are people before they are men or women (when it comes to gender roles). So writing them should be approached in a uniform way initially- not unlike how we start off in the womb. They should be designed as a person with a core personality and tendencies, wants, desires, inhibitions, strenghts, weaknesses, talents, and flaws.

The gender comes after, and should only be used as just one more lens through which ALL of the above elements are projected in various ways.

There can also be really powerful, strong women who are completely conforming to traditional gender roles, or who use these gender roles to transcend into more power (see Theodora or, even better Wu Zetian) so they can break them.

There can also be really manly buff men who love to cook or have a soft spot for kittens or like to do macrame in their spare time. Everything and anything goes. They are people first, men or women (or anything else) after.

So instead of trying to write the other gender like they're an alien species, just write them as a person, and watch how society treats people and how people react to society when it comes to gender roles and dare I say, even sexualities, though I don't feel qualified enough to talk about that to such extent. It feels like it must be, though ;)

That's really all there is. People watch.

How do you write your men, women, and everyone in between?

I think about this a lot, and this article says basically what my gut has been saying. I’m not a man and I don’t even know very many men IRL, but I really enjoy writing male characters, I just try to make the respond the way I feel like people with certain personalities and experiences would. I’m not worrying too much if I’m accurately portraying the average guy or the sensitive guy or something. I think if I focused on that too much, I’d be confining my characters to stereotypes.

Since I'm back with doing comics again with a total different project "Lyza's Sandstorm", the main protagonist is female. It just felt very natural when designing her. Who she is and what kind of character she's going to be throughout the story? Just with any convincing protagonist, especially for an action genre, you have to put your characters in certain situations to convince them who they are. When designing Lyza, she's a young woman with physical strength from her design and from her looks while maintaining femininity from her personality and her responsibility. Everything for me was very natural and it fits the character and the story she's going to be in.

I have a role in mind before I design the character to fit it. One game I like to play is imagining the character with different demographics. First, the one I'd typically fit to the role. Then a multitude of others, swapping genders, age, sexuality, race, nationality, body type, ability/impairment, socioeconomic class, etc. And extrapolate to see which really comes to life and fits the role best. If not planned as a super regular character (maybe an important one-off), I might throw together demographics I'm less familiar with to challenge myself. Everything from economic status to hair color (and gender too) impacts a character's experiences and how they develop. It's fun to work backwards from the role they need to fill in the story to how they got there.

I kind of do write Male or females as the gender before writing them as a person. Normally, I pinpoint a character's gender and personally traits when I first make them. This way I kind of know what I'm dealing with. From that point I use their back stories or history on how they grow up to forge how they should or not react. There is one Supervillain Character I purposely made that is Both Male and/or Female but only from the Prospective of other characters in the story. The personally of this character is manipulative and persuasive to others in my story for their own personal gain. Writing this character is hard but I do write them as a type Person and not by gender.

Agreed, great article. I think most people should just try to focus on writing a person first, and traits like sex or gender later, if not last. Though our experiences in our particular gender with the sociocultural landscape around us can be influential, they don't define most people. We are not our genitalia, or our genders, not really, even if we may be informed by aspects pertaining to those things. It's often the worst sabotage we can do to ourselves to view characters by superficial traits first, and allow those to become obstacles in our composing them as people, with depths and nuances.

Shy and introverted and writing about people? Be a good listener and work in customer service. You meet all types, all the time, with all kinds of needs, wants and desires. And listen. Work on and perfect those listening skills. It has been part of my therapy over the years and I found and studied under a true master. My mother. She worked in retail for over forty years and knew how to listen. This is a great column. And sums up what I've been doing and what I've advised others to do for years. Write about people. Don't write about types or categories, or classifications; just people.

Great article, indeed. You describe exactly the approach I use myself. In fact, I hardly ever bother about gender roles consciously, because they kind of add themselves automatically once your characters interact in any vaguely realistic way. At least, that's the way it has always worked for me. Since clearly the key factor is having enough real-life experience with talking to all kinds of people, it has always puzzled me how a shy, introverted recluse would pull this off - there have been one or two who did, after all. Good listeners, probably.