The Significance of Hairstyle 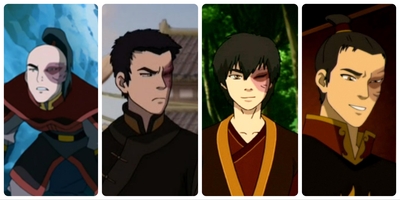 Hair is very important- the way we wear it is a form of self expression, a canvas for artistic exploration, and shorthand for who we are or want to be. This significance carries over even more in fiction and especially visual arts like webcomics, cartoons, and movies.

How a character wears their hair can often give insight to where they are mentally, emotionally, and even socially.

A character with hair that is always neat usually implies control and being ‘put together’ in the sense that they are grounded enough emotionally and mentally to groom themselves. 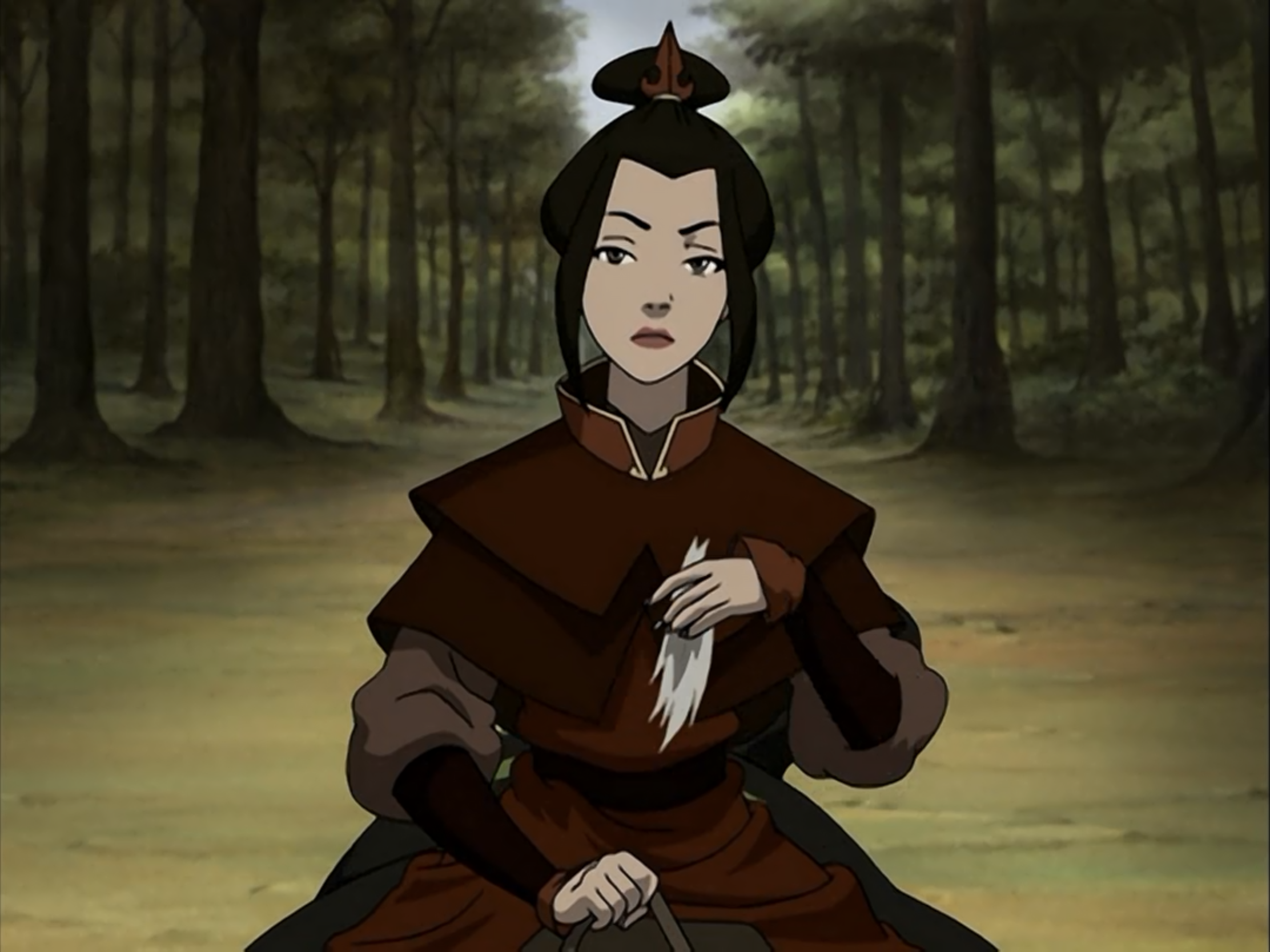 A character that used to be wearing a neat hairstyle but shows up with unruly hair implies that they are losing their grip on that control, one way or the other.

Of course that doesn't hold for situations where unruly hair is a norm, like waking up with bed hair of having gone through situations where grooming is impossible. This is strictly for when grooming is possible, but simply not done: The more disheveled the hair, the more the descent of the character into whatever emotional or mental break they are going through.

But that isn't the only way hair can symbolize a character's development. As in the main image for this article that I've picked from ATLA, where we see Zuko's shift in hairstyles, none of them imply a descent into madness or any kind of psychological unraveling. But the difference in the character is just as stark:

The first hairstyle is extremely austere, ceremonial, and even ‘mutilated’- Zuko is bald with only a ponytail, implying how restricted he is in his expression and how all his personality is channeled through a narrow avenue.

The second one is one of rebirth, in conjunction with the previous one, since his hair is growing back in. But even if seen stand-alone, it is a normal short cut without much restriction of the hair (it's not a crew cut).

The third one is lush, the hair loose and framing his face without obstructing him. It's during the sequence of episodes where he discovers himself and makes his own decisions. His style reflects the exploration of this newfound freedom.

Lastly, when he takes up the throne and responsibility, the hair is styled into a neat, slightly ceremonial, but practical style that doesn't prevent it from still growing. Which is the state in which this character is portrayed to be: taking on responsibility, but still able to grow as a person.

I chose ATLA to illustrate my point but there's a lot more media out there where this is done. Take Frozen, for example, and Elsa's ‘letting it go’ by releasing her hair from the tight updo of her queenly style. It's still in a braid, but it's free and lush and frames her face. 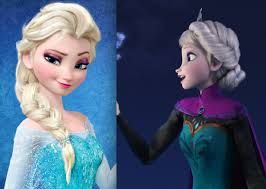 in which hairstyle is she more restrained and compliant with norms?

And then, of course, there's the unrealistic hairdos of drama with the bangs or fringes that go on forever (looking at you anime) where hair is basically even more stylized to serve this function. A character with bangs that obscure his/her eyes will have a dramatic moment or ‘get serious’ when the hair is pulled back, revealing their eyes. 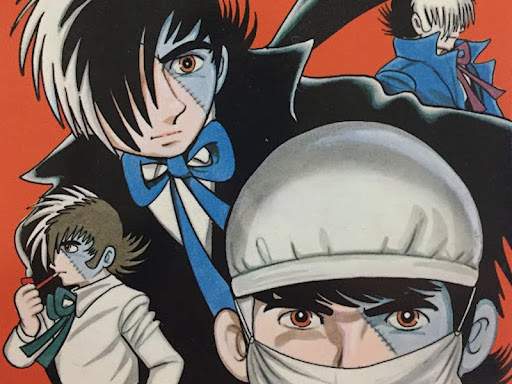 when does he mean business? When he gets his hair out of his face.

Have you used hair and hairstyles to convey your characters' emotional state, personality, or whether things are unraveling/developing/escalating in any way?

Characters in Fusion have messed with hair as matters of identity. Riveter's seemingly long brown hair is actually a microfiber antenna array, while her actual hair is short and blue. The fact that Captain Stupendous can manipulate his hair while his clone cannot clues the heroes into a number of biological facts about the clone. Then, in Dude in Distress, the way Femme's race wears their sidelocks has lots of cultural (and personal, in Femme's case) significance.

I like to think that my character Molly Lusc being a bald female protagonist describes her entire life situation and life perspective in a way. That she has lived her whole life without any draperies or illusions about herself and the world surrounding her. She has lived her life bare in that sense. She tried to change that with her marriage, but that was never meant to last and she's back in the bare world she's always known. This relapse being in a sense emphazised by her throwing away her nice, representable hat she wore while married and putting on this odd, weather-bitten hat she finds in a well. Change of hair, change of hat, both can be used to symbolize a characters state of mind and life perspective.

I've never paid that much attention to hairstyles - after all I'm a man, so I can't tell if you've just come from the hairdresser's... ;) However, I remember getting some praise that my characters' hair gets into disarray whenever they're doing something that, well, typically ruffles up your hair, like being outside in the wind, pulling off a woolen sweater, having just risen from bed, getting into a fight - you name it. I wondered for a while why someone thought I'd deserve praise for that of all things - until I started noticing how often movie or comic characters' hair tends to stay in perfect stylish shape no matter what happens. Wind? Rain? Parachuting? Being thrown to the ground by an exploding building? - the hair stays put! (Which was a famous slogan for a permanent wave fixative in TV commercials 30 years ago, in case you wonder).

I use them to show the difference between sisters in my current comic Last Child of Gluttony. I pretty much follow what anime does which include the EYES style of some characters. (Like the one that always has their eyes closed; in my comic it is Sloth and one of Gluttony’s daughters Famish with only her right eye closed.) I think it’s done in anime because the face are the same and the only real way to tell who is who is by hair style and color. You both bring up very good points on the type of character you want to make based on hair and cloths. Just my Thoughts.

I greatly enjoy a change in a character's appearance to show elements in character development and story. I wish many more comic stories would do that. I do admit it does take a lot of time with comics.

I think hair can be an element of style, but it's not necessarily. Sometimes, it's just something that's there and may or may not say anything at all about who's wearing it. You can say as much if not more with fashion choices, even hats and headdresses. Certainly, a statement could be made with the absence of hair as well, or extremely utilitarian styling, but it may just be that it's the way it is, and the person is just dealing with it as best they can, or it's the way it looks and they like it that way. They may have other priorities.

Excellent post, very interesting! My character Abigail has a very neat hairstyle in a tight bun. She still wears it that way, but before my hiatuses started she was moving bit by bit into a looser style (or going back and forth). This has gone along with her mellowing a bit as a person. It's not done purposely or exactly along with her character, but it's there to a degree. After reading this I kind of wish I'd done this more purposefully!

I love designing hairstyles to fit characters. It was a main focus for my three core characters. I wanted them to be distinct in both shape and color. Tight, black ponytail. Voluminous blonde waves. And short, messy brunette. Fudo's hair signifies flashbacks as it went from super long as a happy youth to super short in his most oppressed times to a shoulder length in his post- syndicate chaos. As he reclaims his sanity, he ties it back (and it's getting longer). When Kaida lets hers down, she's showing vulnerability. When Valentine lets his down, he's getting dangerous (particularly since he ties his with a garotte).