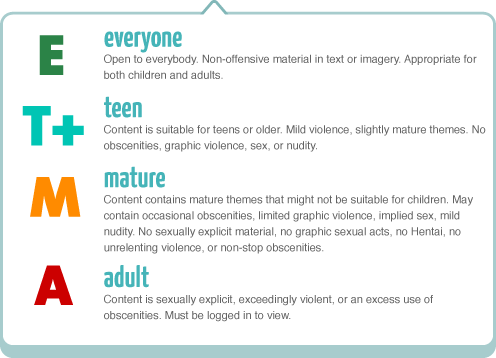 The Hexiles by subcultured
Teen, 11 pages

A demon/clown hybrid with violent tendencies.

An experimental little story about growing up.

in this universe the eternal hustlers have created a substance that not only relaxes every nerve of the body, but heals all injuries and sickness!! They will soon find out that running a business selling this substance called BLISS will make them targets of every powerful figure in the universe that wants to control the miraculous substance for themselves!!! Join Mike-D, Judah, Row, and Three-Sixty as they battle and out scheme every greedy and jealous entity that wants to steal their BLISS!!
THIS ACTION ADVENTURE COMIC CONTAINS VIOLENCE, NUDITY, SEXUAL SITUATIONS AND PROFANITY!! ENJOY!

CroakingBound follows the adventures of Riv, a magical frog adventurer, and her ragtag band of friends as they traverse a sprawling fantasy world in search of a lost kingdom.

stranger Boo by baabablacksheep
Everyone, 5 pages

Shards of the ... by skybuilder
Everyone, 84 pages

Follow the protagonist as they find the pieces to the clock.

The Transformers story the way I imagine it. This is the only continuity I control.

Till All Are One.

The Sheriff of ... by Christoph_L_Nelson
Everyone, 17 pages

You’ve heard the fairy tale story of where an innocent victim gets killed, then is resurrected into some sort of hero, or heel, so they can be given the opportunity to avenge they’re past..

Dylan Martenson awake’s one night, from what seemed like a real morbid nightmare,, not knowing who he really is, and not knowing where he is, or why he feels so numb, he tries to focus on the full moon above, then Dylan sees the silhouette of a figure kneeling over him.

But what I do know is that he’s the proud Sheriff of the city of Demontreville,,,,,
Welllll,, I wouldn’t necessarily say Demontreville is a city,,,,
More like a gateway to another world,,,,,,,,

I’ve already said too much…….

Five Nights at ... by Project_00_Wolfen
Everyone, 8 pages

Comic Strips based on the holidays that the Freddy and FNaF crew celebrate with the surviving Night Guards that still work at the Fazbear locations.

This is a comic about Jade and Scorch, two high-schoolers looking for their purpose in life, and eventually, for each-other.

In this chapter, Asugi and Ash finally measure their strengths and abilities. Who will win?
New day, new chapter.

Helmut is an exterminator at an apartment complex built to house all of living humanity. This complex, however, happens to be built on the outskirts of the world of the dead!

Can Helmut protect the apartments from demons, take revenge on the Turnip Man, and manage not to upset his boss?

Just a place to host doodles, fan art, and more related to The Duck.

A few days after the last episode ended, we are introduced to two new mysterious girls. One of them seems to have taken an interest in our Protagonist, black scorpion.

In Which Yuji Sakai and munch discover timeline

In a land where the virtuous are on borrowed time and where humanity's last bastion is conceit, Nahel seeks something lost from the past.
He is sure to find aid, but nothing is as it seems in Vemhel, where sin is atoned with sin.

the adventures of a robot girl with skates and her mischievous human best friend.

Monsters Among Us by UncleVlad
Teen, 25 pages

Rudolph Corvin and Easton Fuchs have been through a lot in the course of their relationship. The most challenging thing by far was the ‘Mother’ case of 1927. Love blooms as an Eldritch horror seeks to destroy humanity in Prohibition Era Philadelphia.

On hold until August

Warriors of Tonlan is a graphic novel series about a planet of Amazon Clans.The jungle planet is a very hazardous place…pitting the clans against each other…and beasts that were also placed there…and multiplied.

Albatross by baabablacksheep
Everyone, 2 pages

Dead Plaza by pumpkinye
Everyone, 7 pages

In a world populated by monsters, everyone tries to survive in the jungle of the city - but the real jungle is in Dead Plaza.

A story of a boy who finds a sword which has 3 elements (Water, Fire and Earth) and now he has to protect his city from monsters and people with powerful weapons, at the same time his dream is to be the strongest of all to protect those he loves, his friends will help him fulfill that dream