I like a whole bunch but to narrow it down a bit:

Giant swords like the thing Cloud Strife from FF7 uses, also big Great-Swords and No-dachis. I love them in fiction. They're so damn cool! ^_^

For guns it's two things: the M60 light machine gun and any large calibre anti-tank rifle.
The M60 was the star of 1980s action movies, from Commando, to Rambo 2, to the A-TEAM, people would walk around firing infinite bullets from chains draped around their shoulders.
Now I love the big old anti-tank rifles like the Lahti L39 or the Boyes. They're impractical, they're gigantic, heavy, and cartoonishly proportioned. I love how they dwarf their operators.
You see a lot of these in anime.

Talking about fiction here, rather than reality.

That said I still have a little to add.

The Bazookoids from red dwarf. I loved their oversized under hand firing absurdity.

I was also partial to the pulse rifles in aliens and the heavy weapon cannon thing used by Frost? with the support attached at the hip.

Similarly the Predators shoulder cannon, even though it's kinda pathetic if you think too hard about it.

(online) posts: 3,342 joined: 2-24-2007
For protagonists, I like unconventional non-lethal things. Usually gadgets that can be used as defensive weapons. Hidden tranquilizer darts and smoke screens. A whip or a lasso. High frequency debilitating sound weapons. Things in the realm of espionage, even edging on super-science (but not too outrageous).

I also like when a protagonist uses whatever is around in a fight, Jackie Chan style. Ladders, office equipment, whatever. I love a resourceful hero.

As for antagonists' weapons, I find the more conventional and real weapons are the most engaging and intimidating. A concealed hand gun can be a particularly effective threat. When it goes into doomsday weapons, magic, or artillery scale, it becomes less personal, and I find myself detached rather than invested.

usedbooks wrote:
Oh, and the best absurd weapon was the “light grenade” from Mom and Dad Save the World.

“Pass me the the Holy hand grenade!”

usedbooks wrote:
Oh, and the best absurd weapon was the “light grenade” from Mom and Dad Save the World.

That scene was the one that got me to watch the movie. 😂🤣

Read the Darwin Awards and you'll find things like that have actually happened.

—
I have actually handled and fired a “pig” as we called it, the M60 machine gun. The M60E2 with the fore grip was balanced so it could be fired one hand as in the movies. It's a real thing. The regular one with the longer barrel and bipod needed two hands but you got the biggest guy to carry it and often he could handle it from the waist for suppressive fire.

And anti tank rifles were wonderful. The Russians used them so much it drove the Germans to put side skirts all their tanks. And put them on a pedestal mount and you can reach out and touch someone at long range like the LRDG did. Remember the FIfty caliber machine gun started out with the idea of using an anti tank rifle round in a machine gun.

My favorites are submachine guns especially the Thompson family. Even have a 1/1 scale non-firing model of one. I snuck an MP40 into a fantasy comic. I like it especially when it's used with the stock and from the shoulder in short controlled bursts. Seeing a lot of Russian war movies lately I've also become a fan of the PPSH with it's stock, drum magazine and muzzle flash that comes out the side slits.

😆 Had a chance to use that one in two comics. Assault rifles are so passe anymore especially when some doofus in a movie uses it like a submachine gun. 🙄

(online) posts: 28,258 joined: 1-2-2004
The Russian antitank guns are pretty cool, AND their sub machine guns. I have a PPSH in Pinky TA :D
https://www.theduckwebcomics.com/Pinky_TA/4935484/
With their square barrel shroud and its vertical cooling holes it looks weirdly futuristic.

The old holding a pistol sideways and expecting to hit anything, or a boat full of Mac-10 armed drug smugglers shooting all over and not hitting anything and a handful of Civil War reenactors picking them off because they're AIMING.

Or in Death P*rn when the guy finally gets some intestinal fortitude and tries to.shoot an M16 – and nothing happens because there's no round in the chamber. That's what the old “lock and load” meant in Vietnam movies. You had to pull the bolt to the rear and let it go forward to chamber a round for the weapon to fire.

Reinforces the dumb movie versus real life use of weapons. 😉😋

(offline) posts: 628 joined: 8-13-2008
I liked a three-bladed sword in an old movie called The Sword and the Sorcerer. Seemed so awesome when I was a kid! Kind of still does actually…

I’m not really a weapons enthusiast - but I dig Indiana’s whip and Daredevil’s baton. I agree on mostly enjoying the non-bloody or non-lethal type weapons.

Banes wrote:
I liked a three-bladed sword in an old movie called The Sword and the Sorcerer. Seemed so awesome when I was a kid! Kind of still does actually…

I’m not really a weapons enthusiast - but I dig Indiana’s whip and Daredevil’s baton. I agree on mostly enjoying the non-bloody or non-lethal type weapons.

I like them too like the eye poke bayonet from Hot Shots part Deux or bonk on the head RPG. 🤣🤣 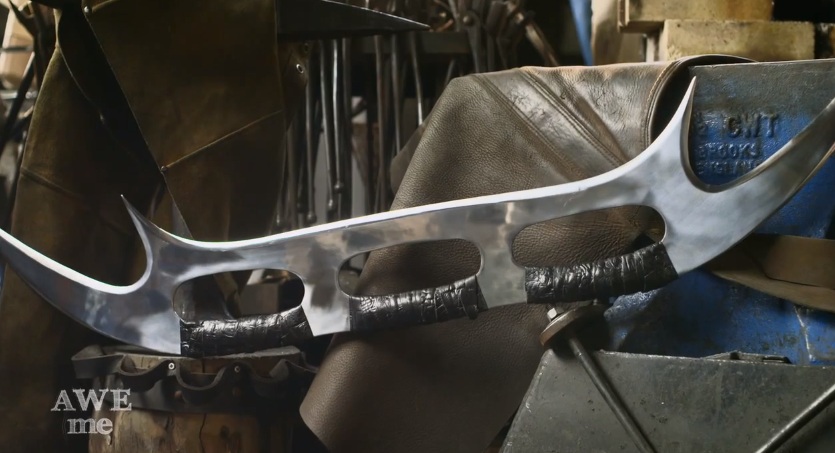 If you have to kill your enemies, do it with something shiny and impractical.

Speaking of impractical, I am the proud owner of this bat knife. Just had to have it. 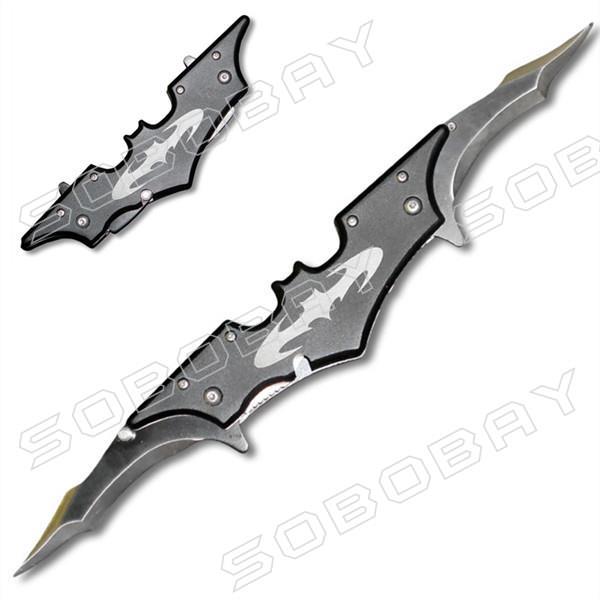 I own a lot of antique sabres, nut no fantasy weapons…
Actually I have a pistol crossbow. It's 100% fake. And also a fake halberd pole axe :)

A real Japanese sword I'd like one day is a nagamaki. They're big katanas with extra long handles. Very wearied looking. I love all that silk wrapping, it's very pretty!
I have a katana with a white handle… I hate black ones. I like them to be either colourful or white. 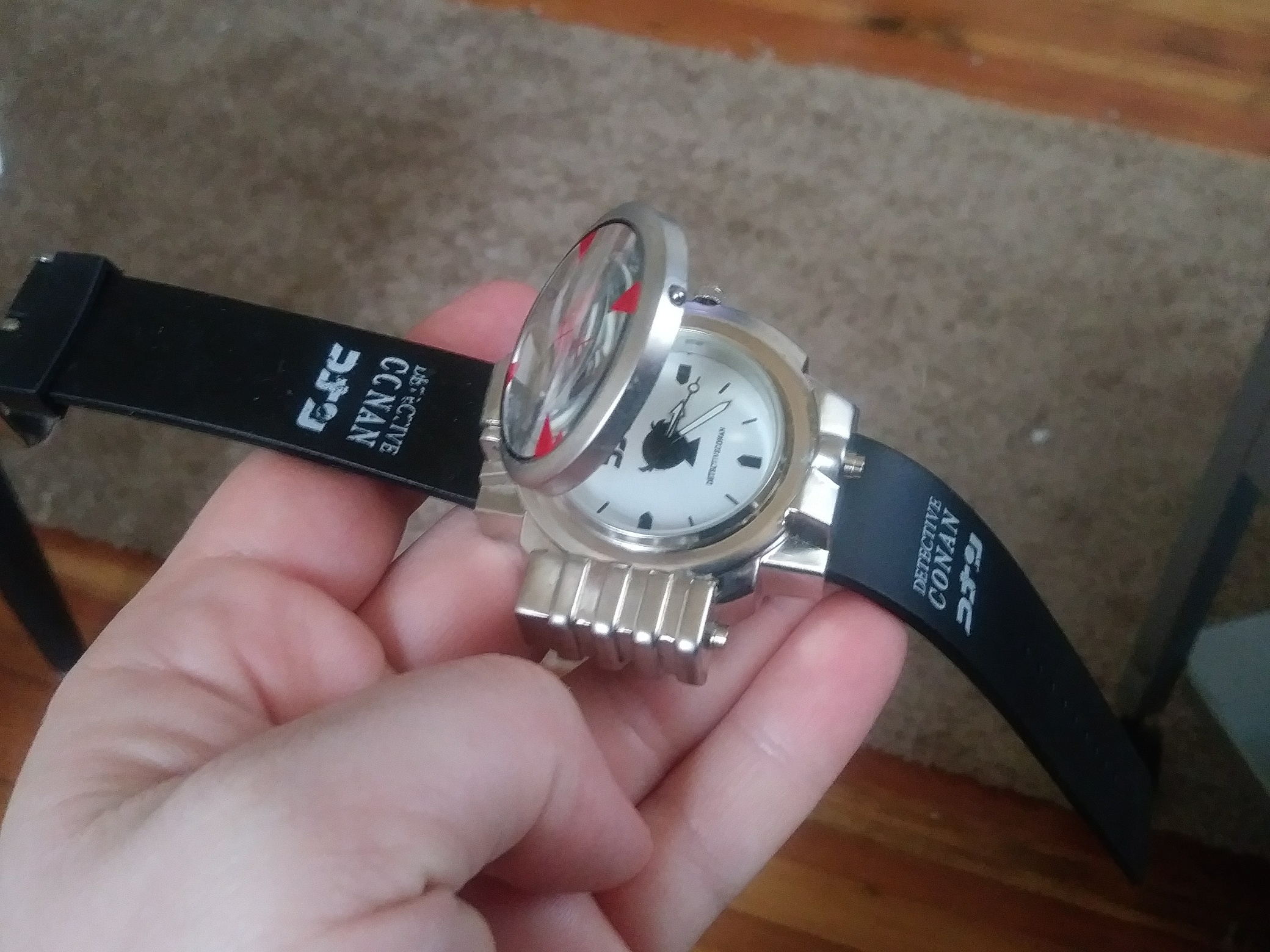 And I'm still short of shelf space. I mean when you just have to have all three versions of the classic Star Trek Enterprise and those 12 Spitfires and seven Me-109 and four Tiger I. Lots of model builders get very specific which version of anything we build. So many variants so little shelf space.

Yeah its beyond crazy.

(offline) posts: 2 joined: 7-31-2019
My favorite fictional weapon is a shard blade from the Stormlight Archive by Brandon Sanderson. More specifically, I enjoy Syl-blade. It's intriguing that Syl can change to be whatever tool Kaladin needs at the moment, and yet Syl still holds all the cutting power of traditional shardblades. A shard blade requires immense respect, especially from the user, as a mistake could result in the immediate loss of a limb or life.

Yo! We heard you liked bat symbols, so we put a bat symbol on your bat symbol.

I especially love how they're different style symbols . . .

Not saying it isn't cool though, not at all!

(offline) posts: 109 joined: 10-3-2019
In my Drako the Barbarian series, the Drako character uses a Japanese Katana (Samurai) sword, but many of the villains carry a curly middle eastern style dagger.

I also love the Gurkha Kukri blade which I’ve read was probably invented long after the Drako character, but it’s such a kick-ass looking weapon, I can’t help myself.

As far as more modern weapons, the weapon of choice for my Tag Forester detective character is the 1911 -45 caliber automatic military pistol. There’s a few 9mm’s running around too. :-)

rickrudge wrote:
I also love the Gurkha Kukri blade which I’ve read was probably invented long after the Drako character, but it’s such a kick-ass looking weapon, I can’t help myself.

As far as more modern weapons, the weapon of choice for my Tag Forester detective character is the 1911 -45 caliber automatic military pistol. There’s a few 9mm’s running around too. :-)

I really like the Browning 1911 45. It's the best looking out of all the squarish automatics.

re: Kukiris: that style of blade is ancient. It was used in ancient Greece and called a Kopis. In Spain they called it a falcatta.
They're pretty awesome, I recommend looking them up for your comic. 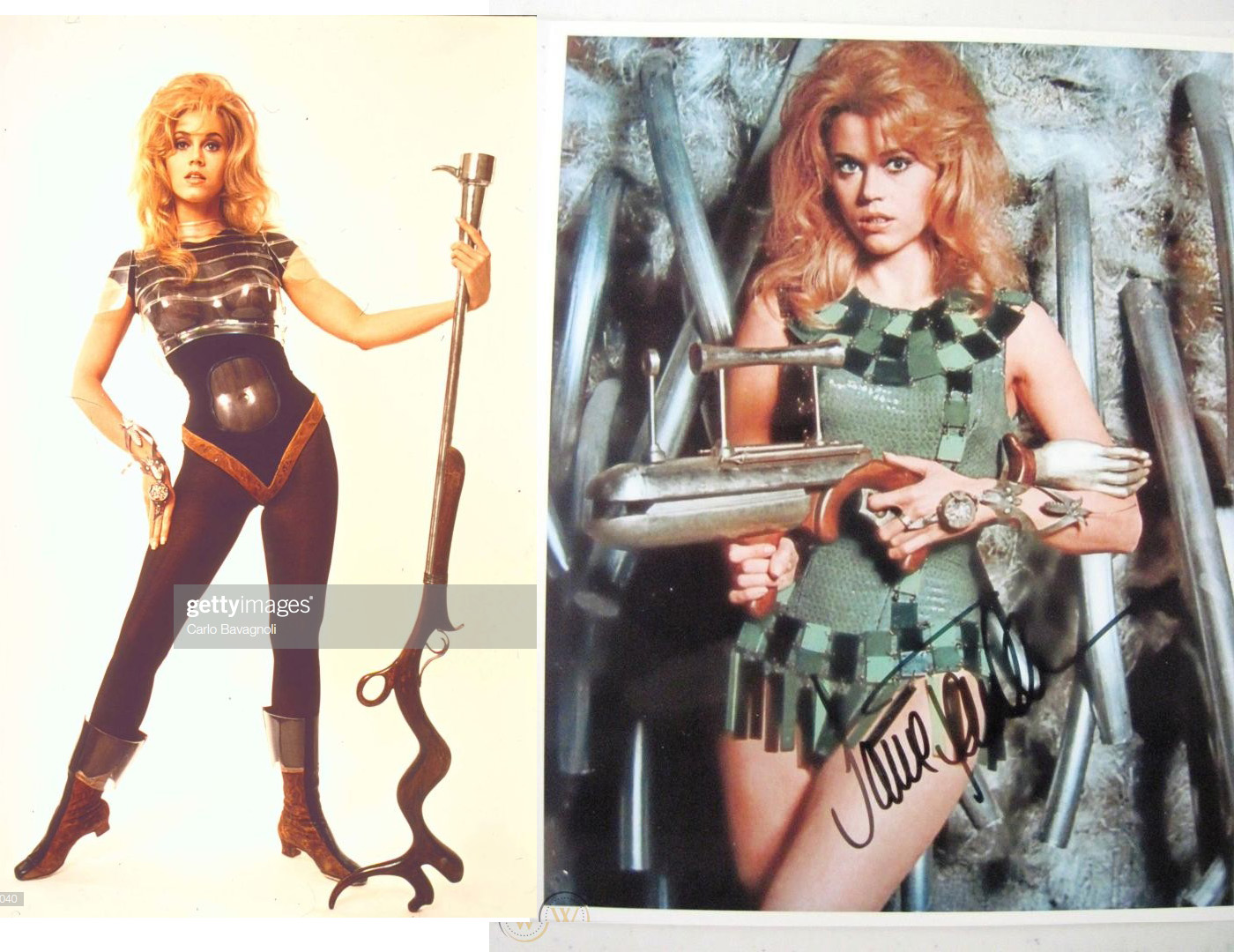 Oh, and of course the quadruple-barreled bazooka in “Hard ticket to Hawaii” 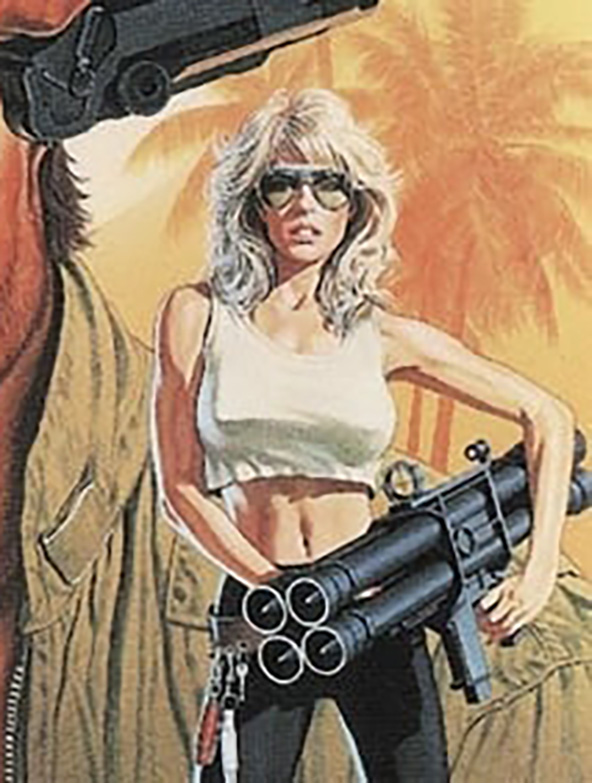 I looked up the launcher too:
http://www.imfdb.org/wiki/Hard_Ticket_to_Hawaii#Fake_Rocket_Launcher

It's fake, a good fictional weapon! But reminded me of the quad launcher from Commando. Apparently that one was a mock-up of a real weapon that was designed to be used for setting fires. It's the modern version of a flamethrower.

(offline) posts: 5,740 joined: 1-21-2008
M202 flash. Actually handled one in the Army. In 1990 already looked on as an ancient outdated piece of Vietnam era equipment. Still in the inventory though. The M202 at one point was mounted on helicopters in Vietnam for the first Huey gunships.

White phosphorus grenade is a lot easier to carry for starting fires.

The bundled together rocket launcher tubes are based on aircraft carried multiple missile tubes. There were three to four bazooka tubes tied together that was mounted under fighter-bombers from WW2 to Vietnam.