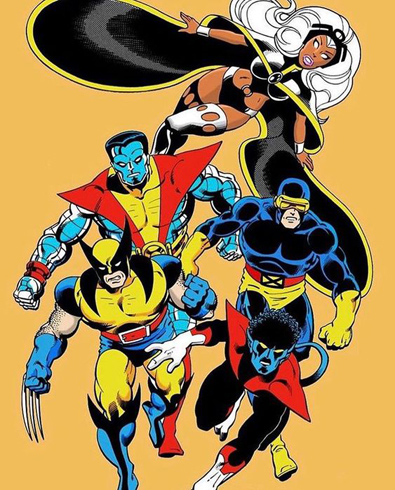 When I first became seriously interested in comics, John Byrne was at the top of my favorite artist list. He drew many of the classic “new” X-Men books, and was the artist on that series when it first became massively popular. The stories Byrne drew (and co-plotted along with writer Chris Claremont) are the ones that are being adapted to the movies these days.

His work on X-Men was amazing (or uncanny), with bold lines, great storytelling clarity, and charming facial expressions. He created the Canadian team called Alpha Flight, who first appeared in the X-Men and later moved over to their own series. 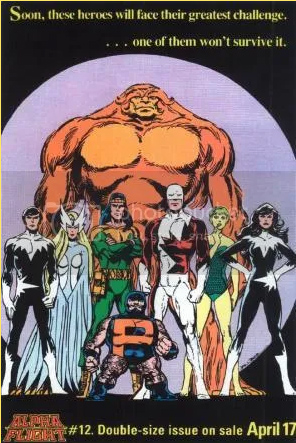 I followed that book not because they were Canadian like me, but because John Byrne's art was so captivating. Alpha Flight's first twenty or so issues are still some of my favorite comics ever.

I was thrilled when Byrne moved over to the Hulk, my favorite character (though I didn't really like what he did with the character, and his run only lasted four or five issues), but maybe it was just a stepping stone to my other favorite Byrne work (along with Alpha Flight): The Sensational She-Hulk. 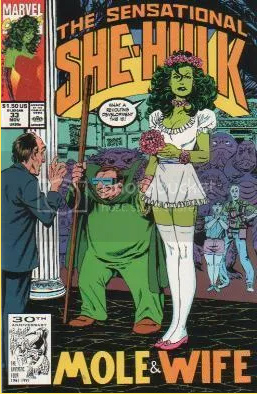 John Byrne turned the Hulk's cousin into a sassy, funny character (and series). Shulkie also gained the power of knowing she was in a comic book. That made for some really fun, unique moments (I'm pretty sure this iteration of She Hulk predated Deadpool, the other fourth-wall destroyer. I haven't watched the She Hulk show, having lost interest in keeping up with Marvel Cinema - but it's been surprising and strange to me that Byrne hasn't had any involvement in any of the screen versions of characters he worked on in such memorable ways.

Of course, Byrne did other stuff. A legendary run on Fantastic Four, and Wonder Woman, and a stint on Superman (he draws Superman, and She Hulk, better than anyone). I read his more mature work in “John Byrne's Next Men”. Pretty cool story.

One other thing I remember about the guy is how opinionated he was, and how engaged he was with his readers. There were some fairly vicious back-and-forths between Byrne and his readers, and between JB and other comic creators. This stuff found expression mostly in the letters pages of various comics, in the days before the Internet.

I don't think my interest in comics would have lasted so far into my teenage years without John Byrne. Cheers to you, sir!

Among his many other honors, John Byrne was inducted into the Will Eisner Hall of Fame in 2015. 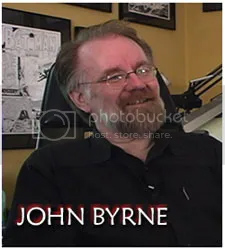 When I was a kid, Byrne and Frank Thorne were my biggest influences. Then I discovered Matt Wagner, Bill WIllingham and Mike Mignola. Byrne is still tops. His Fan Fiction X-Men: ElseWhen is brilliant stuff. https://m.byrnerobotics.com/forum/forum_posts.asp?TID=58439&PN=1&totPosts=19

She-Hulk broke the fourth wall in 1989, definitely before Deadpool, who first appeared in 1991! It took a while before he became the Deadpool we know. She-Hulk's metafictional phase is easier to overlook because it was less loud/annoying than whatever Deadpool did over the years, and because it's of course less recent.

My personal favourites have always been Neal Adams and Steve Ditko and the only reason I never strayed much was because of limited funds! Thanks to the internet though a lot of this stuff has now become available online for free so although I'm X-men ignorant I love articles like this because when other people are so enthusiastic about certain stories or artists it inspires me to check them out. I'm also pretty excited about the Marvel Graphic Novels that have been coming out over the last few years as it gives me a chance to read and own some of the classic stories and best art I missed out on in my youth.

I remember his Charlton books, particularly Doomsday +4 and Rog 2000.

Do Tim Sale, or Neal Adams next

I loved those She Hulk issues and on a recent attic excursion where they've been living for years, I found they were just as much fun as I remember. I haven't seen the She Hulk series either but the trailer suggests it owes a lot to Byrne.

Please don't host the pics on photobucket, it causes some issues because they don't have server side encryption. I've saved these and put them on DD :)

If you haven't seen it, you might want to check out X-Men Elsewhen. It's John Byrne's fanfic/webcomic sequel to his run on the X-men. He releases it on his forum and is about 30 issues into it. https://www.byrnerobotics.com/

John Byrne definitely had an influence on me. The oldest comic I have that he did was an issue of Space: 1999 for Charlton.