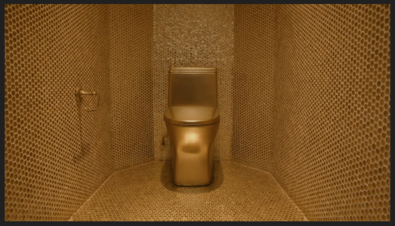 If ya gotta go, go in style, i suppose!

I think I've been restraining myself pretty well - so here's another Better Call Saul-inspired Newspost.

As I wait anxiously for the final handful of episodes to this show to appear, my mind has gone back over the series and it's sister-show, Breaking Bad.

I was thinking about how, unlike with Breaking Bad, Better Call Saul has shown us main characters actually ENJOYING the spoils of their shady or downright criminal activities.

Of course, criminals do crime in part because it pays well. Better than legitimate work - maybe more than that, it's more exciting, and that rush or thrill can make people work just as hard or harder at their criminal activities than they would ever labor at “honest” work.

Saul became Walter White's attorney to get in on the potential money train. He enjoyed the money. And in his own series where we get a deeper look at Saul's character, he has reasons for doing what he does that run deeper than just enjoying the finer things.

But I like the fact that he DOES enjoy the finer things. The show remains true to his character, which is impressive. Having a main character who enjoys material comforts could make them unlikable to some audiences. I appreciate that the show allows Saul to enjoy the spoils of crime here and there.

Granted, there is enough anxiety and danger in Saul's life to make for a VERY unsettling and nail-biting experience as a viewer. And there are characters (notably his wife, Kim) who doesn't seem to care about material comforts all that much if at all. Supporting character Nacho, despite the tough spot he's in for most of the series, has a house and lifestyle that shows he's indulging in material pleasures as well!

Even stone-faced, grim and gruff Mike can be seen enjoying himself when he gets his first windfall from his own criminal activities early on. He also has other reasons behind what he's doing – but he and Saul are both doing this for MONEY.

I appreciate that the show acknowledges that!

Of course, the teacher-turned-druglord on Breaking Bad was doing it for money as well, as was his partner, but we rarely if ever saw the pair enjoying that money. Maybe a tiny bit. Usually just HAVING the money thrilled them, until the bigger bankroll led to bigger trouble.

It's shown more on Saul's show. We see his golden toilet!

Money is often not addressed on TV shows at all. If there's a plot-specific reason that the show wants to address it, it might show up and then never be spoken of again. Quite different from real life for most of us!

This is not a complaint - I don't think I'd want to see money front-and-center on most shows or series. Watching characters on TV indulge
in spending money…I imagine there are some reality shows like that, but to me it would probably be pretty boring and alienating to watch.

Some of my favorite characters, though, have been motivated by acquiring money:

Saul Goodman, or Jimmy McGill, as I mentioned.
Duddy Kravitz, from The Apprenticeship of Duddy Kravitz, which was my favorite book for several years.
Alex P. Keaton on Family Ties, whose money-obsessed ways were a great contrast to his hippy parents.
Aahz and Skeeve, from Robert Asprin's “Myth” series of books, managed to be greedy and money hungry but still quite lovable.


It's more often a driver for “bad” characters, or comedic characters. I appreciate a main character or “good” character who loves cash.

Anyway, see you next time!