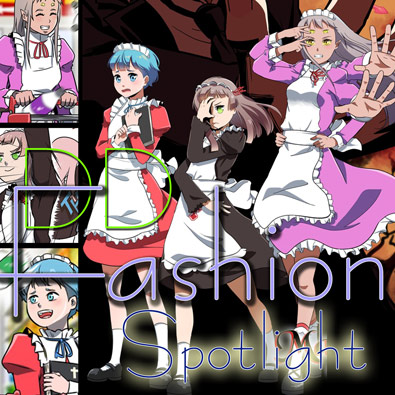 Hpkomic is sharing the load with Friday newsposts, so we alternate each week. My turn this week!

Kumiko, Maria, and Elda are all dressed as maids, in a very typically manga style. This is solidly a manga trope which comes from a popular Japanese modern pop-cultural phenomenon of women dressing as “maids”, most notably with the famous Akihabara maid cafes in Tokyo, but also as a general historically based cosplay fashion and interest that people have in “the Maid”. The outfit is based on a simplified version of the style of dresses worn by European women working as maids in the mid to late 19th century, but normal working-class, lower middle-class, and village women wore outfits based on variations of this style too. The older style carries on today with religious sects like the Mennonites.

Aprons were symbolically an extremely important part of women's homewear till the 1950s. Some see them as a sign of domestic servitude, which is rather unsophisticated in my view, the apron is an eminently practical and versitile item of workwear with a history spanning thousands of years. At its most basic it protects the clothes beneath, they can be augmented with frills and embroidery to show status, class, artistic tallent, and cultural history. Aprons were often items of great pride. 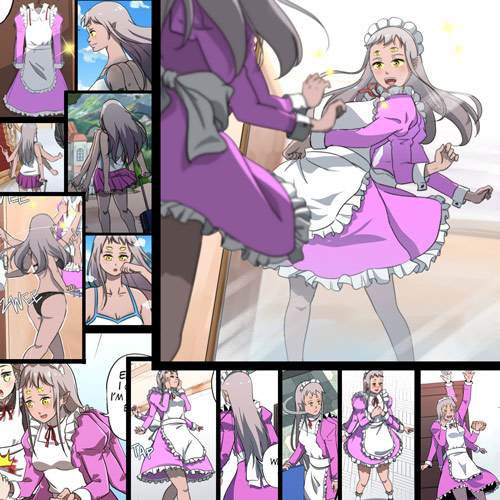 Kumiko is the most unusual of the group here, being noticeably taller than the other two women, having 8 limbs and extra eyes. That's because she's a spiderwoman! Her dress is a striking pale lavender. Traditionally we don't think of maid's outfits in anything but black but that convention was fairly late, originally these dresses would be coloured in whatever was the livery of the house. Real maid dresses covered the feet and the head band was actually originally a bonnet or mob-cap, but they've both shrunk with time. 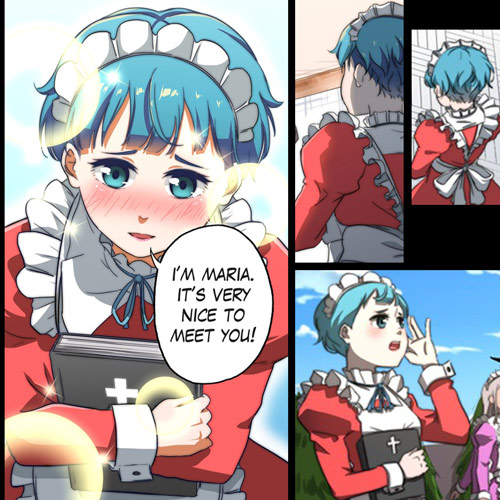 Maria has short turquoise hair which compliments her salmon coloured dress perfectly. You get a good back view of her outfit here. The main difference between this and the other dresses is the triangular opening under her collar. 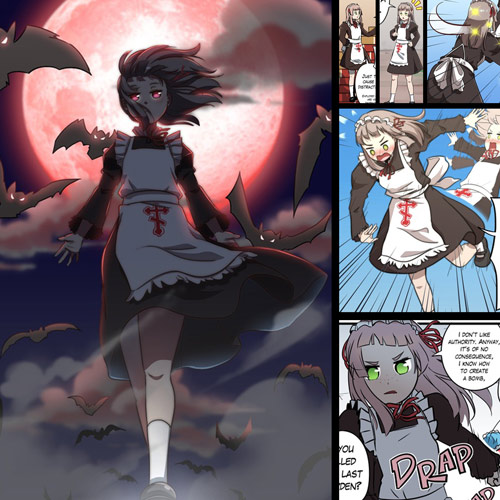 Elda is the shortest of the three and notable for wearing the only “traditionally” coloured black dress, the effect of which is enhanced by the red orthodox cross on her apron. This gives her a bit of a Gothic look. She has the bottom of her collar tucked into the neck of her dress so the apron shows a square opening at the top. Her apron also lacks the side ruffles and her wrists lack the cuffs that the others wear, instead her sleeves bell out. You can also see her simple Mary Jane shoes.

This was a nifty chance to talk about a historical fashion style that's been adapted to modern tastes!