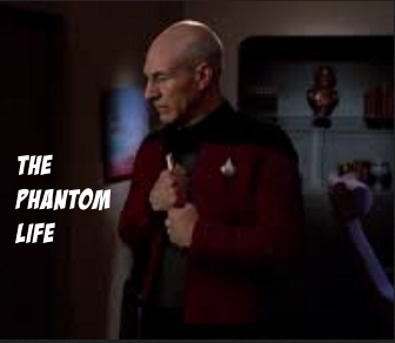 On the last “Mind Tricks” discussion, we talked about false memories, where a characters' true nature is hidden from them because of memory loss or artificial memories.

The Phantom Life is similar, certainly in the two examples that I thought of initially…but the stories play out
in a different, specific way.

A character finds themselves in a new environment and lives out a good chunk of a lifetime. Like, decades. Or at least, an impactful time if it's shorter in duration. It has a massive effect on them. They accept their reality finally…

…and then are “released” into their actual life to deal with the aftermath of the experience.

So…I don't know if “Phantom Life” is the right term for this. It's a way for a character to experience a long passage of time but still be able to return to an ongoing series.


“The Inner Light” from Star Trek the Next Generation. Picard is transported to a more primitive planet where everyone calls him by a different name. He has no idea how he got there but the technology does not exist for him to communicate with his home or leave the planet.

He lives out his entire life there, gradually accepting the woman who believes he's her husband, and having children…and grandchildren! He grows old, and at the end of his life, learns that he's been living in a projection of a long-gone civilization. This was their effort to be remembered in the future: launching a probe into space that would be found in the future and allow someone to know these people and how they lived.

In the end, Picard is home again, decades later from his point of view, but a half hour in real time.

In a haunting final scene, Picard feels incredibly alone and isolated from his actual life, missing the family and friends he's lost.


On Deep Space Nine, in “Hard Time”, Chief O'Brien is punished for an accidental crime by an alien race. The punishment is living the experience of twenty years in prison. As an old man, he's “released” and comes to. Only a few hours have passed in reality.

Returning to his regular life, O'Brien is very rusty at his job, uncomfortable with his family and people in general because of a remembered trauma, and, well, suffering PTSD.

Most of the story is O'Brien dealing with his trauma and trying to reintegrate into his normal life with great difficulty.


In The X-Men comics at one point, one of Marvel's earliest couples, Scott Summers and Jean Grey, have an adventure spanning decades, allowing them to have the experience of older, wiser characters but still be in their adult prime physically (superhero comics find various ways to achieve this kind of thing).

In one of the heart-warming Futurama endings - actually this might have been the last series ending for the show. Fry and Leela are left as the only “unfrozen” people on the planet (or in the universe maybe; I don't quite remember the details. But everyone else is frozen-in-time).

They live an entire lifetime together, alone, traveling the Earth and in love. In their old age, the Professor shows up and says he's figured out how to transport them back to the moment before the Earth was frozen and live out their lives again, with no memory of their lives on the time-frozen Earth.

Actually, Futurama is coming back once again(!) so we'll have a chance for another beautiful sendoff at some point.

This kind of Phantom Life story allows characters to have experiences stretching across years and deal with those consequences, while still preserving their “normal” ages and the flow-of-events.

I know of at least one extraordinary story about this happening in real life, narrated by Lazy Masquerade.
It's the third story, starting at about 14:40 minutes:

Loved how ST:NG had Picard's flute come back in later episodes. A real skill learnt from a phantom life.

Occurrence at Owl Creek Bridge was also made into an award winning film that was used as an episode of the Twilight Zone. Many aspects of stories like this lend themselves to dramatization as imagery can provide hints and about the subject matter. There's also various Time Loop stories with people stuck reliving the same moments again and again and it become a whole lifetime hidden from the normal flow of time.

Speaking of Marvel, "The House of M" story had all characters living "ideal" lives until they realized it was all fantasy. Then they had to willfully destroy all they held dear to restore reality. Really heart-breaking at times.

This Phantom Life concept reminds me of what Ambrose Bierce did in "An Occurrence at Owl Creek Bridge" to deliberately mislead the audience in a way that makes the main character's feelings, thoughts and especially his delusions relatable. The story has aged well, I very much recommend reading it if your English teachers haven't made you do so back in the day, and since it works best without spoilers, I won't say anything more. Only that I suspect it to be the literary precursor of this "mind trick" here and that it's a great example of how to use it very effectively.

I agree. I've never really liked this type of story, as they tend to feel rather outlandish and hard to relate to. The TNG episode (which I found rather boring at age 14 when I first watched it) and O'Brien's imprisonment are, to my mind, among the few that halfway work if only because it's an interesting thought experiment. It seems to me that the main idea was to show them from a different angle that under other circumstances would be too much out of character as to be plausible - Picard in the role of a family man and O'Brien as an Irish rogue (kind of).

Lifetime in a moment. So easy to screw up. But can jump start a character if you use Einstein time dilation. Similar was done in ST: Prodigy where one character got stuck in a time lag and lived years while others only lived minutes. They originally had trouble with ship systems. So, they studied the manuals during the time made available and grew as a character.

One has to be very careful with these sorts of stories though, because they are very close to the very tired "it was all a dream" trope, now most often viewed as wasting the viewer's time unless it's done exceptionally well. It can also really wreck characters and long-term stories, as the DS9 episode did for plenty of viewers, myself included. In that case, something was central to the story of the episode that should never have happened and wasn't explained or justified adequately at all, but it ruined O'Brien's character and made Sisko finally impossible to identify with or find sympathetic any longer. A great deal of damage was done all around, for a questionable venture into the mental experiences of a character who didn't really reveal anything unexpected about himself for the ordeal. It's a potent thing that, at least in my opinion, should have more care put into its use in telling stories.